Julius Brink: It was a dream come true 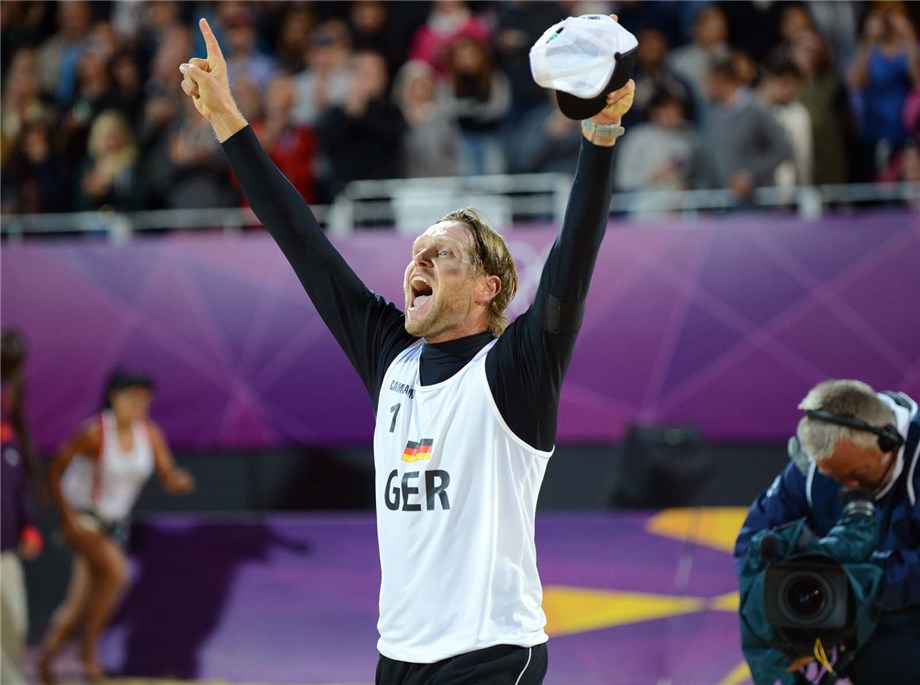 Lausanne, Switzerland, January 22, 2020 – Olympic beach volleyball players Julius Brink and Madelein Meppelink will now be able to add OLY lettering to their names thanks to an initiative led by the World Olympians Association (WOA) and supported by the International Olympic Committee (IOC) Athletes’ Commission.
The pair visited the IOC headquarters in Lausanne on Tuesday to add their signatures to a wall of past Olympians and receive their OLY pin.

Thanks to the WOA Brink and Meppelink will be able to use the OLY lettering on any official documentation, which the WOA hope will promote an Olympian’s social, charitable, and community-based work, and act as a reminder of their achievements and of their responsibility to embody the values of Olympism in everyday life.
IOC president Thomas Bach, an Olympic fencing champion, was the first Olympian to receive the honour.

Read more: Grbic and Giba receive Olympic honours
Brink’s career highlight came at the London 2012 Olympic Games where he and Jonas Reckermann became the first European team to win gold when they defeated Brazil’s Emanuel Rego and Alison Cerutti in the gold medal match on Horse Guards’ Parade.
He competed alongside Christoph Dieckmann at Beijing 2008, then teamed up with Reckermann in 2009 and won gold at the Stavanger 2009 FIVB Beach Volleyball World Championships that started their run to the top of the London 2012 podium. Currently the 37-year-old is helping promote snow volleyball.
“It was a dream come true to qualify for the 2008 Olympics,” Brink said. “With the rankings there is a point in the calendar when you realise you are going to go and for me that ranks higher than when I won a medal in 2012.
“Even though my first Olympic experience was fairly bad I really look back to that time and it gave me an experience that I will never forget.”
Meppelink also featured at two Olympic Games. She played alongside Sophie van Gestel at London 2012 and then Marleen van Iersel at Rio de Janeiro 2016, and finished ninth at both.
Meppelink is now playing alongside with Sanne Keizer and aiming to qualify for Tokyo 2020. The 31-year-old is also part of the FIVB Athletes’ Commission.
“I qualified for London 2012 three weeks before the start so to qualify that close was a great feeling,” Meppelink said. “In London we had a good result, then for Rio I prepared for four years and had the same result, but that was a really bad result because you always want to do better.
“I learned a lot and learned from my mistakes and now I’m really busy preparing with my teammate Sanne Keizer and we are eighth in the ranking so going well in the process. Of course, I want to go there, but I want to finish higher.” 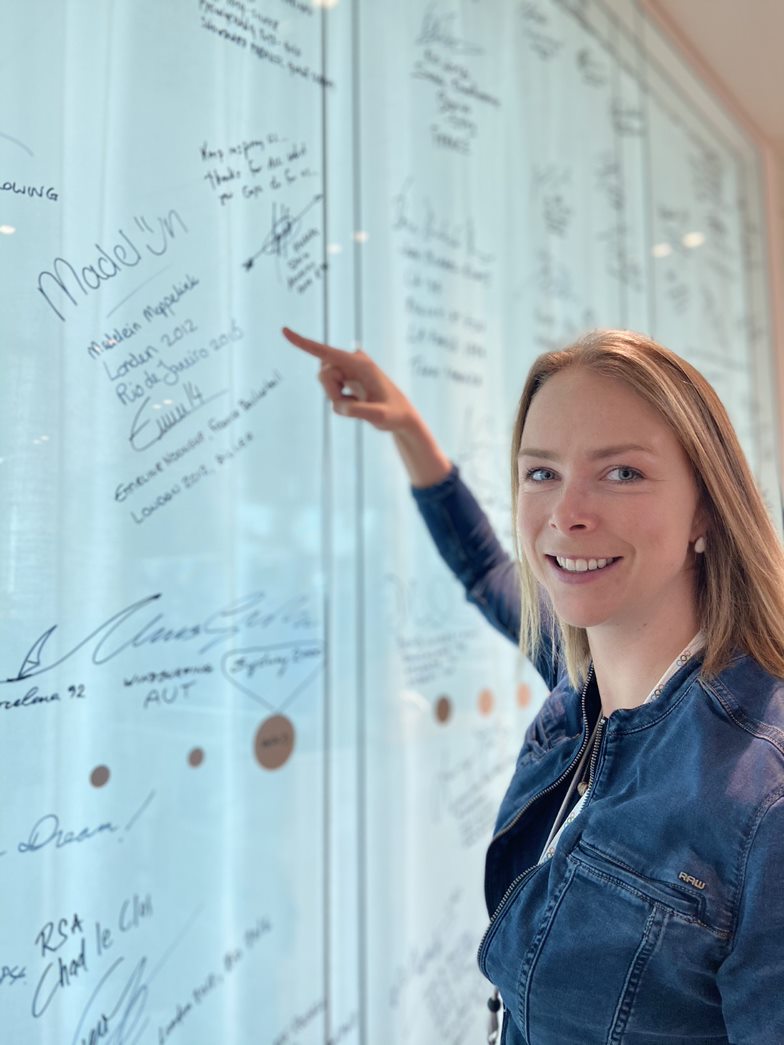 Madelein Meppelink points to her signature