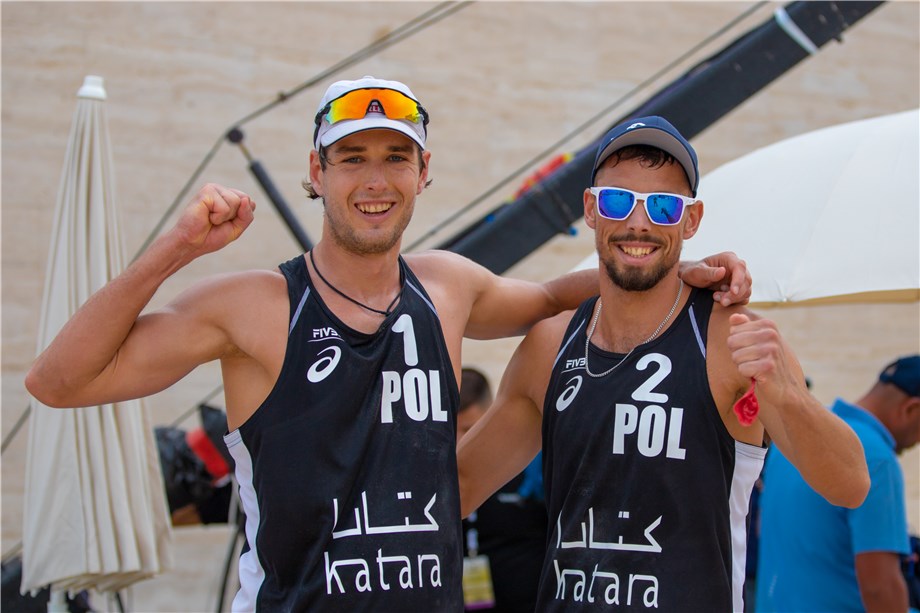 Doha, Qatar, March 14, 2019 – Piotr Kantor and Bartosz Losiak have ensured that they will at least match their 2018 result when they reached the quarterfinals of the FIVB Beach Volleyball World Tour Doha 4-Star Katara Cup on Thursday.
The Katara Beach Cup is the fifth time that Qatar has hosted a World Tour tournament. It began on March 12 and finishes on March 16 at the Katara Cultural Village.
Quick links - Beach volleyball:
FIVB Beach Volleyball World Tour - Doha
FIVB.com - Beach volleyball
Facebook
Twitter
Instagram
The Polish duo defeated Canada’s Sam Schachter and Sam Pedlow 2-0 (23-21, 21-14) to set up a clash with USA’s Phil Dalhausser and Nick Lucena on Friday. Since reaching the 2018 Doha 4-Star quarterfinals they have won one gold, one silver and one bronze on the World Tour.
“We started very slowly, but in the end we won a tough set,” Losiak said. “We tried to put more pressure on their serve and we had some good points from block serve.
“In the second set we started very aggressively and went to 5-1, but they started to serve well and we kept serving well. We are happy that we are in the quarterfinals. We did a good job today and it is important that we’re guaranteed a fifth, but now we’ll do our best to reach the semis.”
Joining them in the last eight are the evergreen Pablo Herrera and his long-time partner Adrian Gavira, who are chasing their first World Tour gold since they won the Ostrava 4-Star in June 2018.
The Spaniards also enjoyed a straight-set victory, 2-0 (22-20, 21-14) over Austria’s Clemens Doppler and Alexander Horst. Their win means that they have improved on their second round finish from 2018, the first time they competed in Doha.
“We know them well and they know us well because we train together in Spain,” Gavira said. “It was a really tough match, but we’ve been playing really well in this tournament especially with our side-outs.
“I’m not sure if we’re playing Brazil or Russia next, but if we play like this we have a chance. Now we have to rest well.” 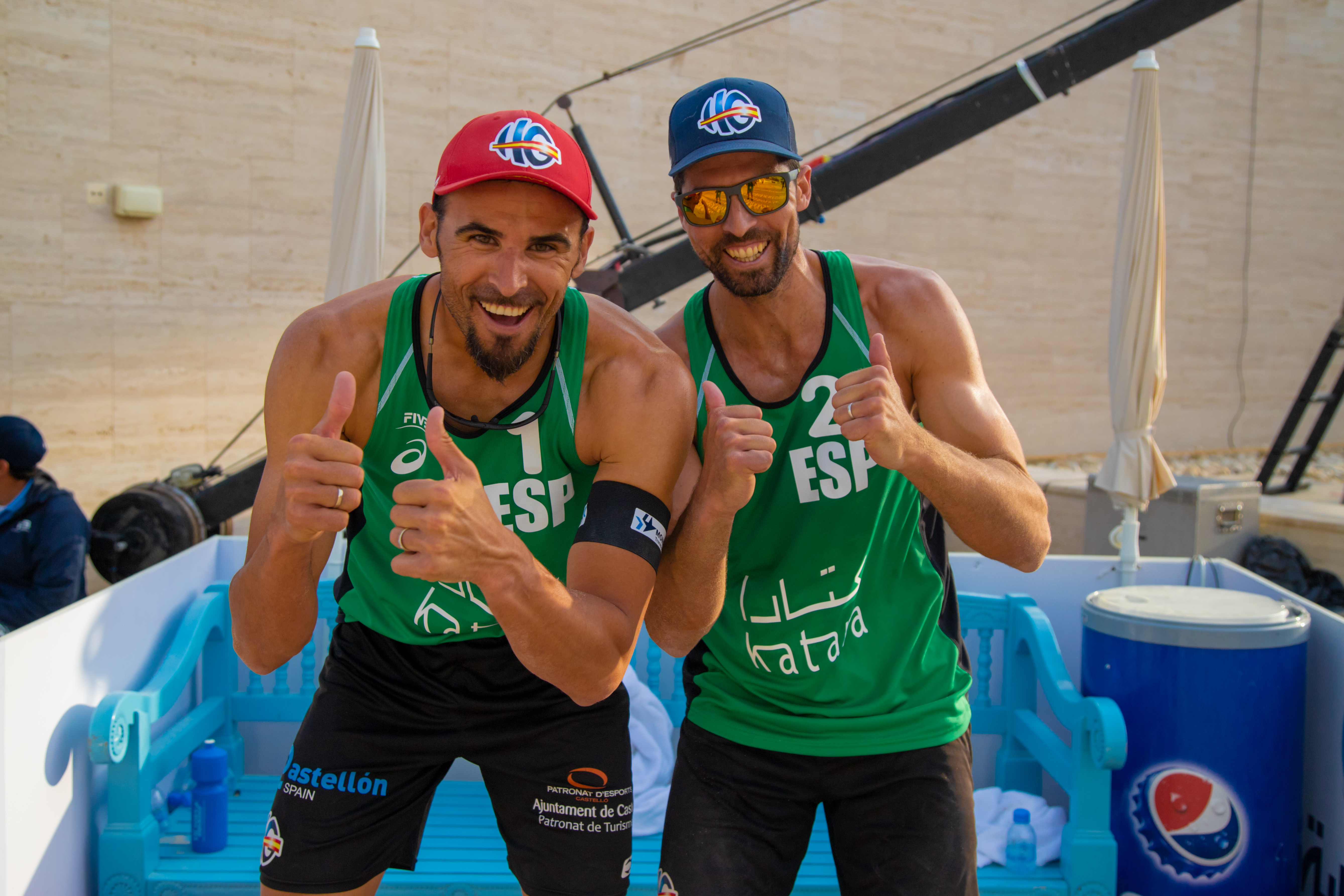