Ekaterinburg, Russia, April 17, 2020 – While many of his players endearingly call coach Nikolay Karpol ‘dad’, there is one person at the Uralochka-NTMK Ekaterinburg volleyball club to whom he really is a father.

Continues from Part 2
Ekaterinburg, Russia, April 17, 2020 – While many of his players endearingly call coach Nikolay Karpol ‘dad’, there is one person at the Uralochka-NTMK Ekaterinburg volleyball club, to whom he really is a dad. Nadezhda Karpol, the daughter of the prominent specialist, works at Uralochka as a manager.
“My sister is a great professional,” Mikhail Karpol told fivb.com. “She graduated from college in USA, after which she came back to work for the club.”
Despite not exactly following in her father’s footsteps and taking on the coaching profession, Nadezhda Karpol certainly draws inspiration from Nikolay Karpol’s intellectual judgment in her work.
“My father is real passionate. He is a man of extraordinary intelligence and enormous fortitude. He loves volleyball and he is devoted to his people and to his work,” says Nadezhda in interviews. “He has a sharp mind too. You often have not had time to think about the essence of what is happening, and dad already knows everything. He sees and appreciates things that are not visible to others.”
And the list of Karpols at Uralochka does not end there... 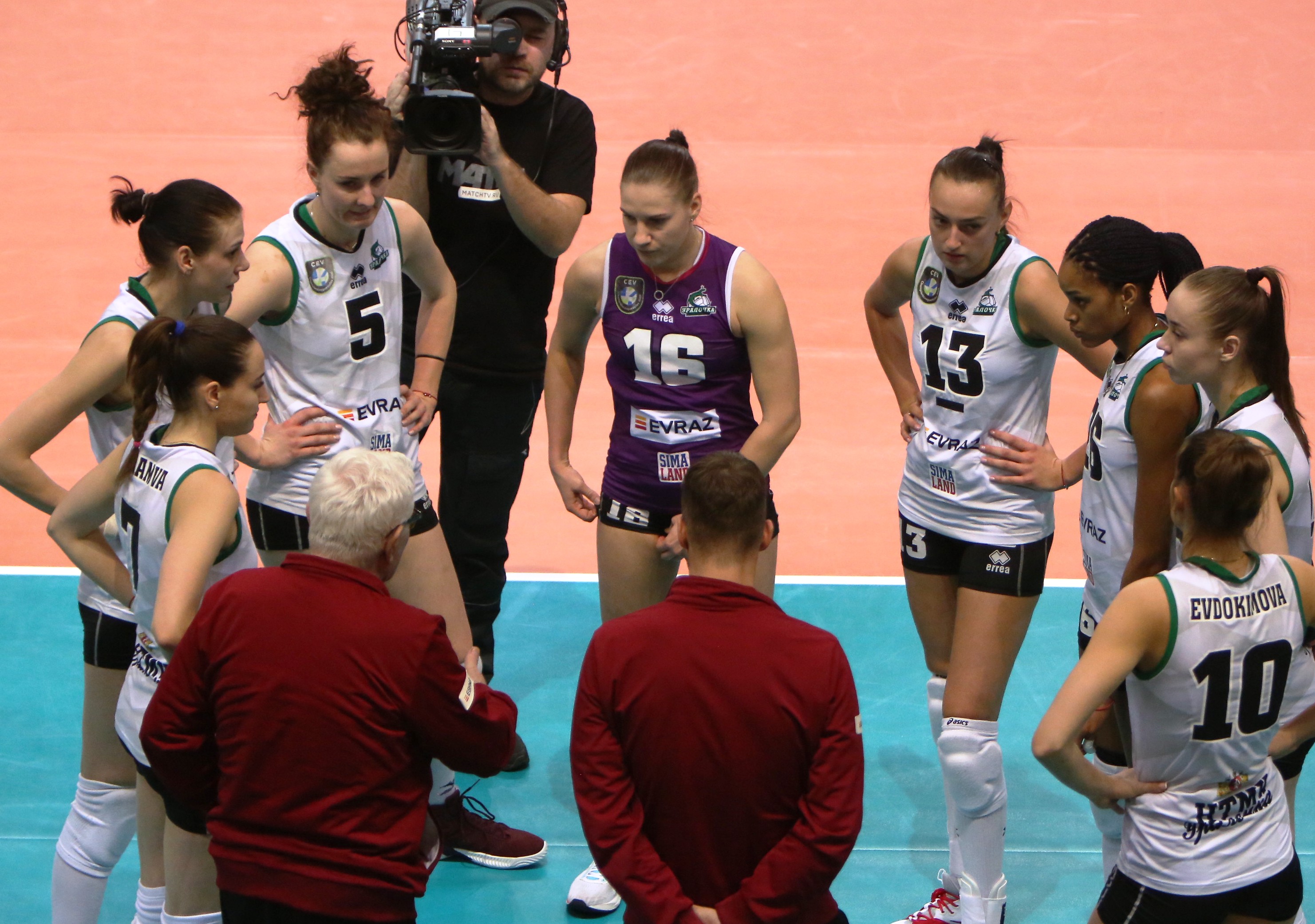 Ekaterina Karpol (#16) and her teammates instructed by her father-in-law and her husband during a time-out
The libero of the Uralochka team also bears the name of the legendary sporting dynasty. Ekaterina Karpol took up the last name after getting married to her coach Mikhail in 2016, thus becoming Nikolay Karpol’s daughter-in-law. Previously known by her maiden name Voronova, she has been with the club for 10 years, since 2010. As a member of the Russian junior national team, she took part in the 2013 FIVB U20 World Championship and the 2012 CEV U19 European Championship.
“During training and matches, the wife-husband connection does not exist. It has nothing to do with our professional duties,” is all Mikhail Karpol wants to say about his relationship with the talented libero.
Even outside the fact that so many family successors of the distinguished coach continue the Karpol traditions at Uralochka, the famous name of the dynasty originator seems bound to be connected with that of the club forever.
In 2019, 50 years after it all started, right outside the main entrance of DIVS, Uralochka’s home arena in Ekaterinburg, a bronze sculpture composition of three unidentified volleyball players and Nikolay Karpol himself was unveiled. The statue is six meters high, while each of the figures is 2.5 m tall. The words ‘Dedicated то Uralochka’ and memorable dates are stamped on the pedestal – those of all the championship titles of Uralochka and of the honours won by the national teams of USSR, CIS and Russia under the leadership of Karpol, including the five Olympic medals won by his teams.
“This composition is not about me; it is about the whole club.” Nikolay Karpol commented with modesty. “The sculpture reminds me of a lot of matches and the great road that has been traveled.” 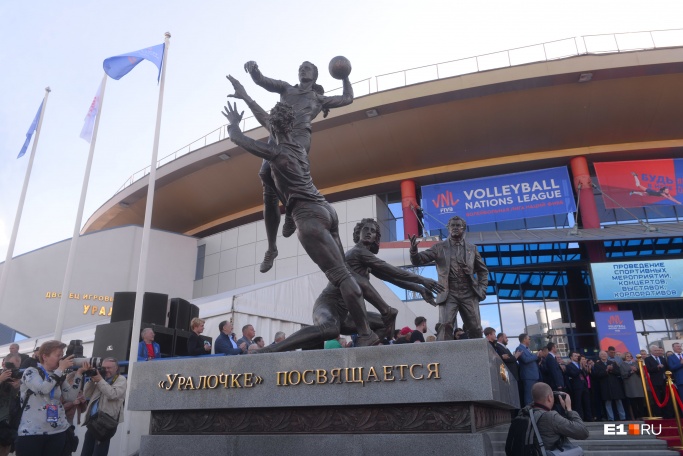 The unveiling of the Uralochka sculpture composition in front of DIVS
And the road continues... A nine-storey complex is expected to be completed in Ekaterinburg in 2020. It will be the home of a volleyball academy, which will consist of three specialized sections – an official competition venue, a training hall and a dormitory for young volleyball players, including educational and administrative facilities. This impressive project will be named the Karpol Volleyball Academy. 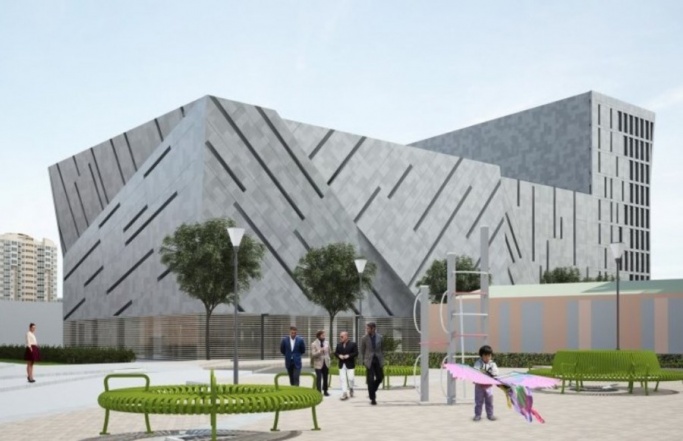