Kim: I have worked hard 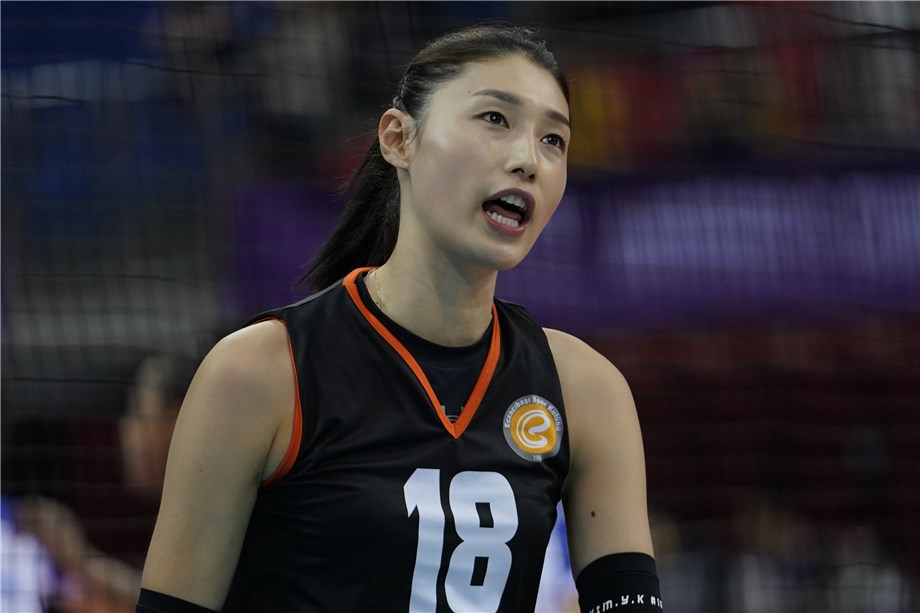 Lausanne, Switzerland, November 23, 2019 – A key player for club and country, Kim Yeon-koung sat down with fivb.com to talk about her role as leader of the Korean national team and learning from her experience overseas. She will be one of the star athletes to look out for when Eczacibasi VitrA Istanbul begin their campaign at the 2019 FIVB Volleyball Women's Club World Championship in Shaoxing, China on December 3.

Quick links - Volleyball:FIVB Volleyball Women's Club World ChampionshipFacebookTwitterInstagram
The 31-year-old is a fan favourite not just because she is a top player, but also because she is a great brand ambassador and an advocate for the sport. But like any other player, she too had role models in her youth.

“I have two older sisters. The oldest and tallest sister started playing volleyball first,” Kim said. “As an energetic child, I followed her to the gym everyday and helped the team gather balls during practice. Naturally, those experiences were the source of my interest in volleyball and that eventually paved the way for me to become a professional player.
“When I first started playing volleyball, all outside hitters from the Korean league and the national team were my role models. As I grew older and gained a better understanding of volleyball, I discovered two national team players on television. One was Dante Amaral of Brazil and the other was Lyubov Sokolova of Russia. They were tall outside hitters who were excellent at both hitting and receiving. After seeing them play, I wanted to become an all-around player like them.”

Kim conquered medals and individual titles through playing for her national team and earned opportunities to continue improving her craft through playing for top clubs in China and Turkey. Over the years, she developed her leadership skills and whatever she learned in the course of her career, she is now passing on to her Korean teammates.

“As you may know, I’m the only Korean volleyballer playing overseas. As it is difficult for other Korean national team members to acquire information on players from foreign countries, my role as the leader of the team is to deliver as much information as possible to the other Korean team members.
Kim is a dominant player but her winning attitude is what makes her distinct from other players. She is never satisfied with her achievements and is committed to excellence.
“I’m confident to say that I’ve worked hard to stand in the position I am in today,” she said. “Also, I believe it’s important not to become satisfied with your current status, but to work continuously to become a better player than today.”

“In sports, winning is the only way to receive recognition. That’s why the preparation process for each match and season is challenging. We play many games – sometimes we win, sometimes we don’t. I think the hardest part is when we lose a match since it’s difficult to recover in a short time, as well as lighten up the heavy atmosphere.”

For her, playing for one of the best clubs in the world is an honour and it is a privilege to play with the some of the brightest stars in the game.

“Eczacibasi VitrA Istanbul is a very strong team with a rich, long history. I’m honoured to be part of the team. We have many national team members from different countries as well as many talented Turkish players. I find great happiness in learning and spending time with them. The players have good personalities so we get along well.”

Kim’s determination has helped her win many titles at a club level, but she wants her horizons to expand with the national team and the Olympic Games and world level events ahead.

“I’ve accomplished many things at the club level. All the teams that I played for were at the top of the rankings and have won many cups. However, I’m not yet satisfied with results as a national team member. So my primary goal is to obtain the golden ticket to the Tokyo 2020 Olympic Games and my ultimate goal is to acquire an Olympic medal there.

“When you are in the national team, it’s really important to recover quickly since you play in a shorter period of time and play many games in many countries. In the club, however, the most critical thing that you need to possess is physical strength since the season can be very long. That is why I make a huge effort in the preparation process during the off-season.”

She still finds time from her busy schedule to help in youth sports development through her academy and her charity activities.

“I am currently running a sports youth academy in Korea. Many children of different ages attend the academy and participate in volleyball, football, basketball and other sports activities. The reason why I established the academy was because I wanted to give back all the goodness that volleyball has given me. As time went by, I realised the importance of youth sports, since children who participate in sports activities become more sociable and healthy individuals.

“I also hosted the first youth volleyball competition under my name in 2017. In addition to that, I run a small charity which I’m planning to expand in the future. I’m always open to new opportunities!”

This article is based on an interview first published in April.