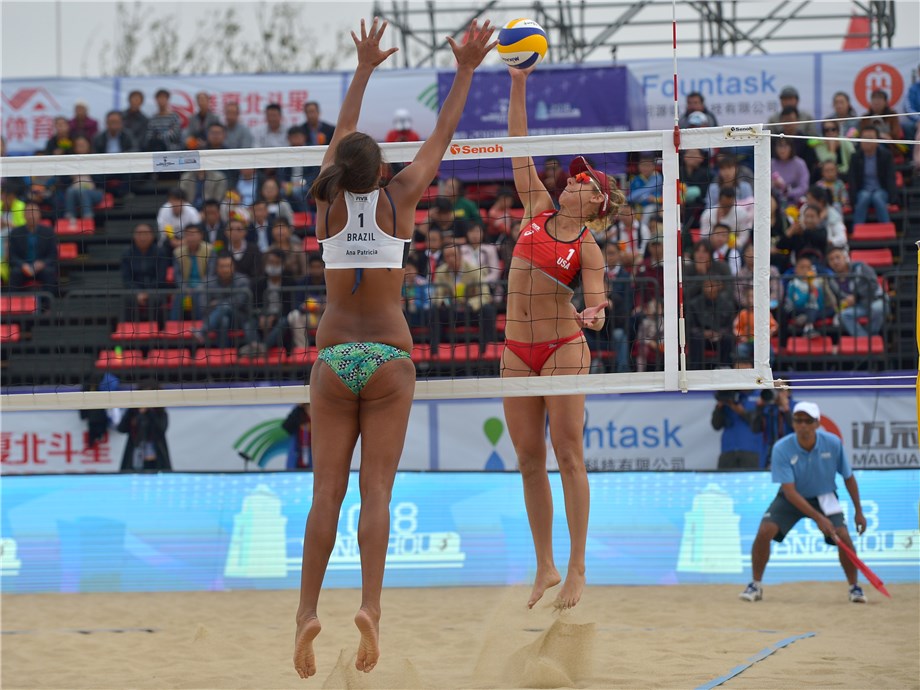 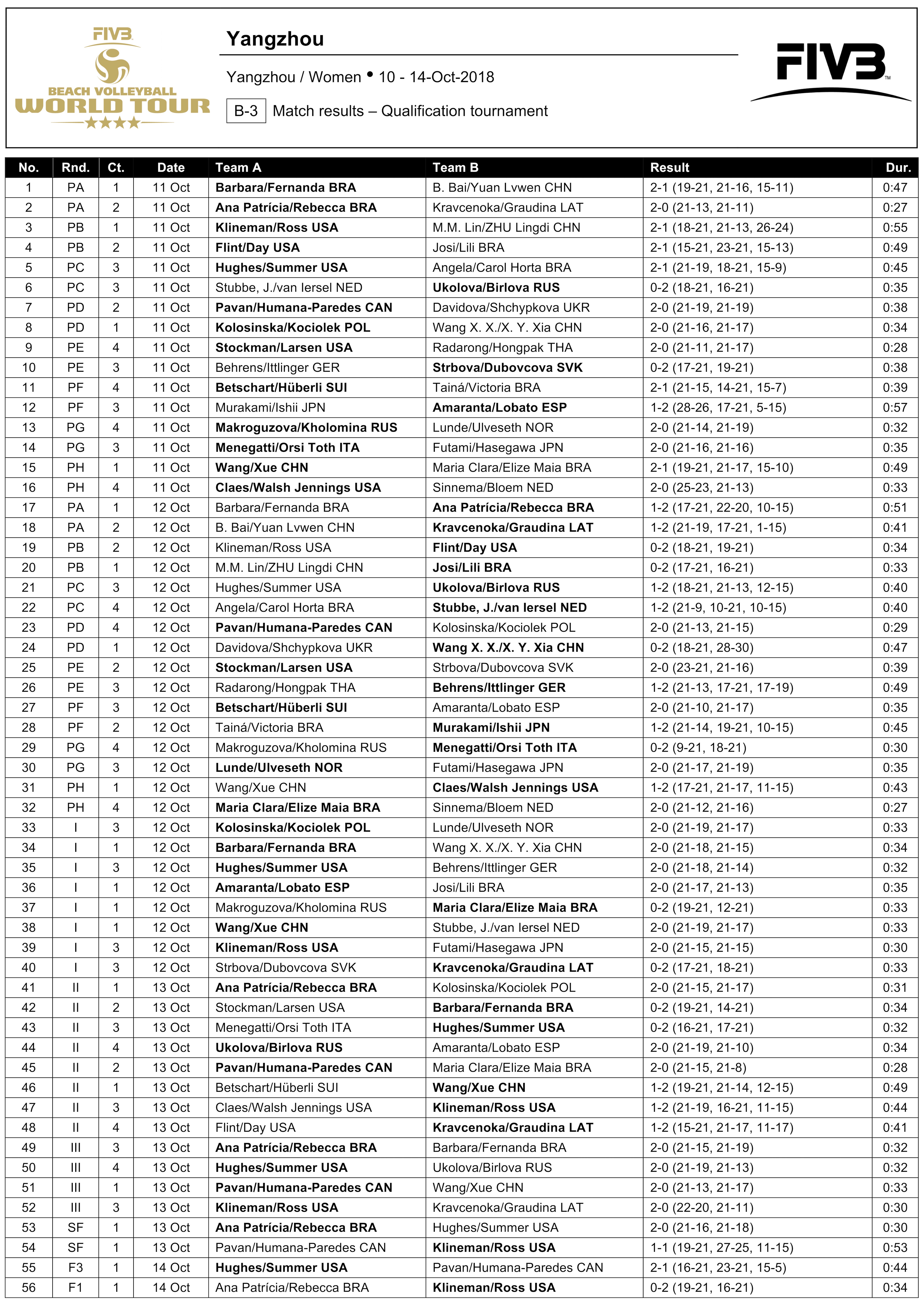 After their tie-break win in the semifinals, the pair followed up on Sunday with a spectacular showing and registered a 2-0 (21-19, 21-16) victory over Brazil’s Ana Patricia Silva and Rebecca Cavalcanti in the gold medal match.

The USA pair were down in the first set but managed to overcome the Brazilians, who struggled on a string of errors that led to a deadlock and the eventual take over. They sided out well in the next set and dictated the tempo to complete the championship win.

“We had to focus on our side,” Ross said. “They served very tough but Alix sided out very well. We just had to figure out to get some points here and there. It was really tough to play against them.”

“They are a great physical team,” Klineman added. “We know that they are going to push us, so we tried to be really aggressive.”

The Yangzhou gold medal win is their second gold medal this year, since winning the gold at The Hague 4-star.

Pavan and Humana-Paredes took the first set and led in the entire second set. The Canadians had match point but a sudden shift in momentum allowed Hughes and Summer to tie the game and force the tiebreaker. The Canadian side never recovered from the second set setback, allowing the USA side to build a huge lead to win the bronze medal.

“We wanted to win a medal,” Hughes said. “We fought for each other and came up with a victory.”