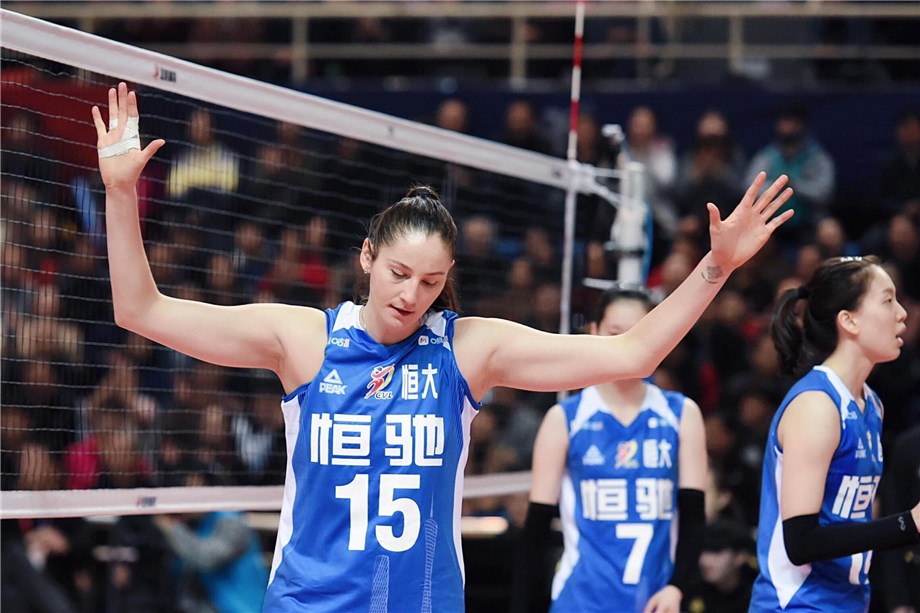 Lausanne, Switzerland, November 26, 2019 – Guangdong Evergrande Volleyball Club of China are back again in the FIVB Volleyball Women’s Club World Championship after a six-year hiatus, now being bannered by the tournament’s two-time Best Outside Spiker award winner Tatiana Kosheleva, who will lead the squad in Shaoxing, China from December 3-8. 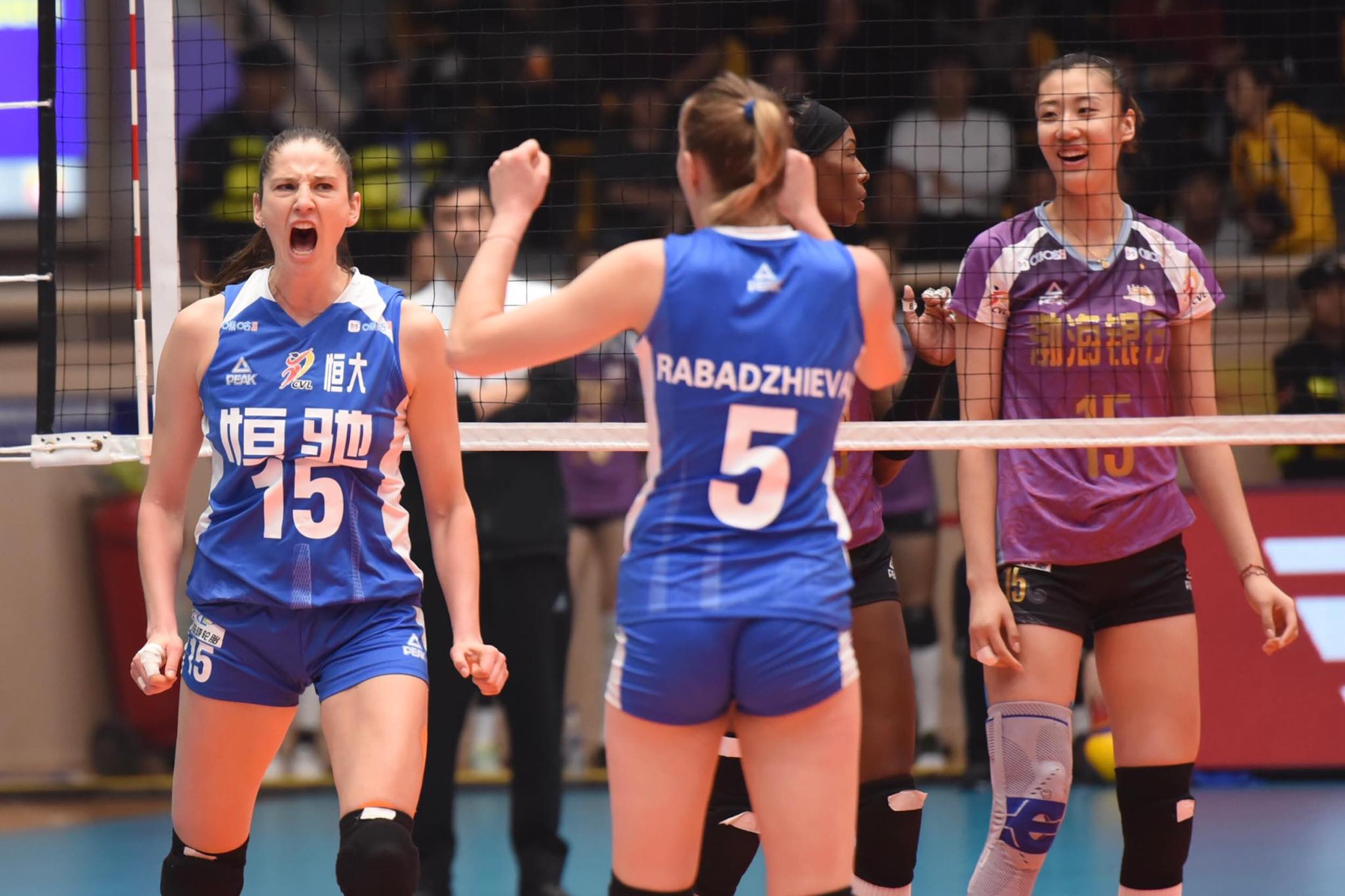 Guangdong Evergrande Volleyball Club players Tatiana Kosheleva and Dobriana Rabadzhieva
Kosheleva, along with another seasoned player, Dobriana Rabadzhieva, will be the the Chinese club’s main weapons in the world’s biggest women’s club competition this season.

The Russian outside spiker has been recovering well after suffering from a knee injury that sidelined her in the 2017 season. She played in Brazil and Italy after that and the 30-year-old Kosheleva thinks that she is up for the challenge with her new team.

“For me any tournament is always a challenge and you always have that desire to become a winner. However, I know that this tournament will be special. It has been a little over a year and a half after my knee injury. I worked a lot to rebuild my strength and finally I feel great. Therefore, I take each day to enjoy the game, my team, the atmosphere. So I am confident that good results will come,” Kosheleva said.

“It is true that this season, all the teams at the Women’s Club World Championship are top class. It is a challenge but also a great motivation for me and my team to work even harder every day to represent our club Evergrande outstandingly in this tournament because it is a celebration of volleyball and I am waiting for it with great anticipation and excitement.”

Guangdong Evergrande Volleyball Club's players and team officials
Evergrande coach Yan Fang is confident of his squad with Kosheleva and Rabadzhieva taking the lead in offence.

“We know that the Women’s Club World Championship is a high-level competition with many strong teams, so we will try to gain experience and find the gaps against these teams. On our side, I could say that the advantage of the team is that we are all united and motivated. We all want to play well in this tournament. We still have many deficiencies to fix but we are all eager to compete in this tournament.” 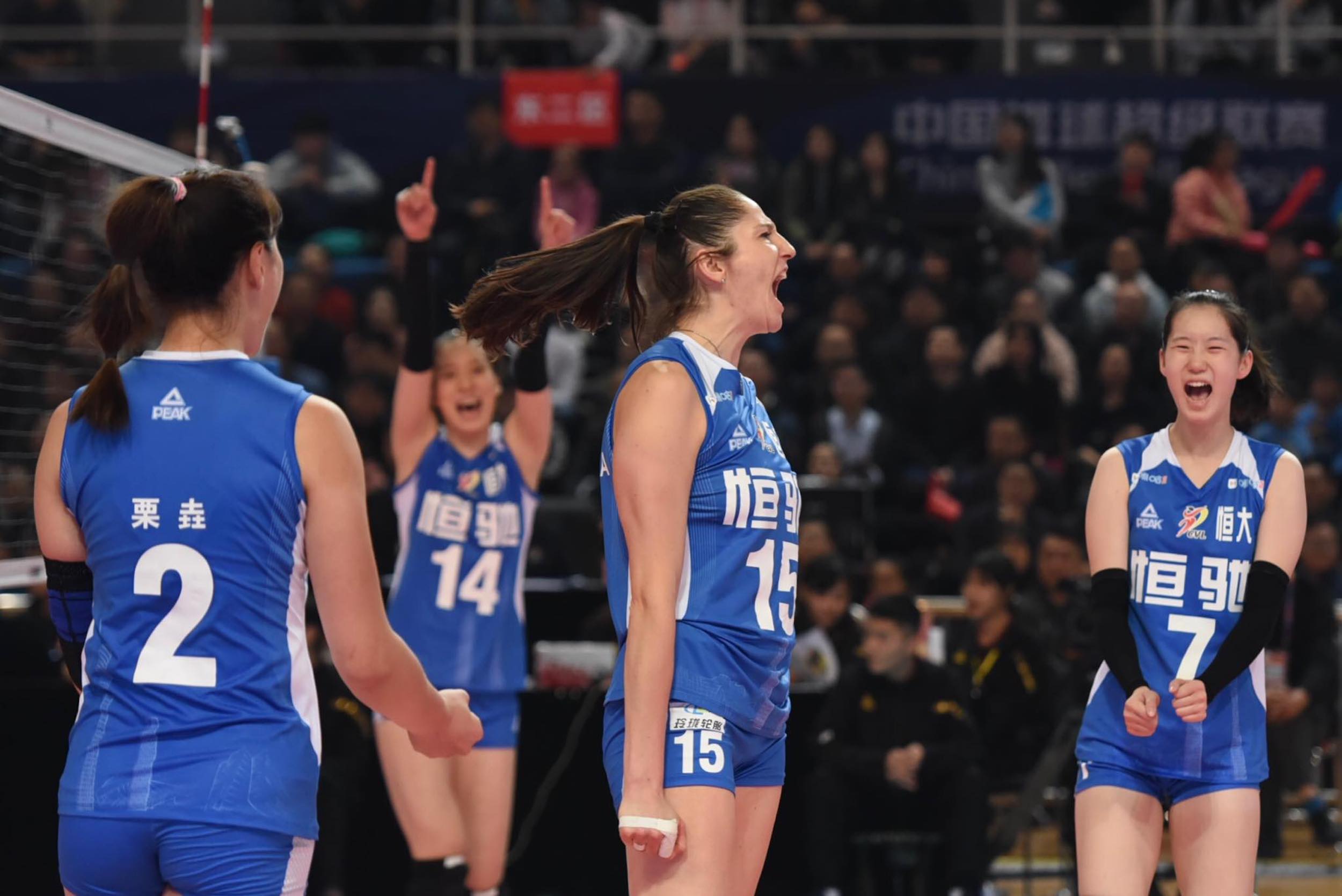 Tatiana Kosheleva celebrates with her teammates
Kosheleva agrees that performance is everything for her team right now but she remains focused and positive with the great support of her followers.

“It’s important for my team to perform well in the Chinese League because it is ongoing right now and that is what we are all focused on at this moment. However, it does not prevent us from looking forward to the Women’s Club World Championship,” Kosheleva said.

“I am grateful for all my followers. They are the best fans in the world. I always feel their support and care for me. So I want them to support my team and follow our matches.”