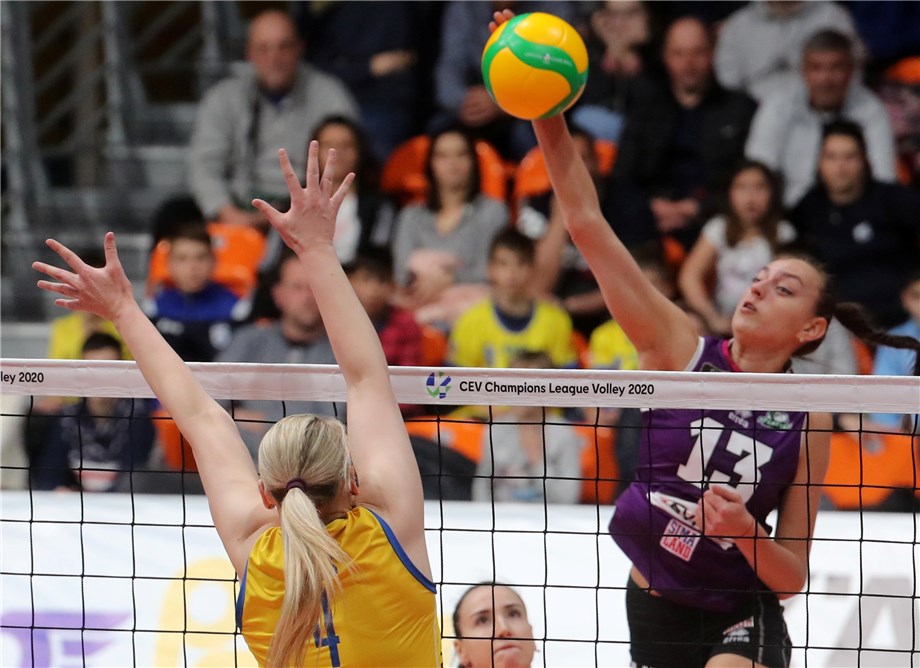 Moscow, Russia, February 19, 2020 – While only one of three Russian clubs advanced to the quarterfinals of the women’s CEV Champions League, key players made a mark on the individual rankings of the pool stage, which was completed on Tuesday. Kseniia Parubets topped the scorers chart on a 147-point tally.
The Russian international hammered out as many as 27 points on Tuesday night as her club team Uralochka-NTMK Ekaterinburg conceded a dramatic five-set loss at Bulgaria’s Maritza Plovdiv to finish bottom of their pool on a 2-4 win loss record. The 1.83m-tall outside spiker, who is also the most prolific player in the current season of the Russian Superliga, delivered an average of 5.44 points per set over the six games played in the Champions League. Parubets also topped the best spikers ranking with a total of 134 successful hits to her name.
Dinamo Moscow were the only Russian team to progress to the last eight of the competition after winning Pool E - Uralochka finished fourth in the same pool. In a direct battle for the first place on Tuesday evening, Dinamo shut out France’s RC Cannes to please the home crowd in the Russian capital and top the standings on a 4-2 win-loss record. Nataliya Goncharova once again contributed the match high of 24 points, which put her on a total of 98 points over the 15 sets she took part in. Her individual averages of 6.53 points and 5.80 spikes per set made the opposite of Dinamo and the Russian national team the best in the pool stage on both accounts. 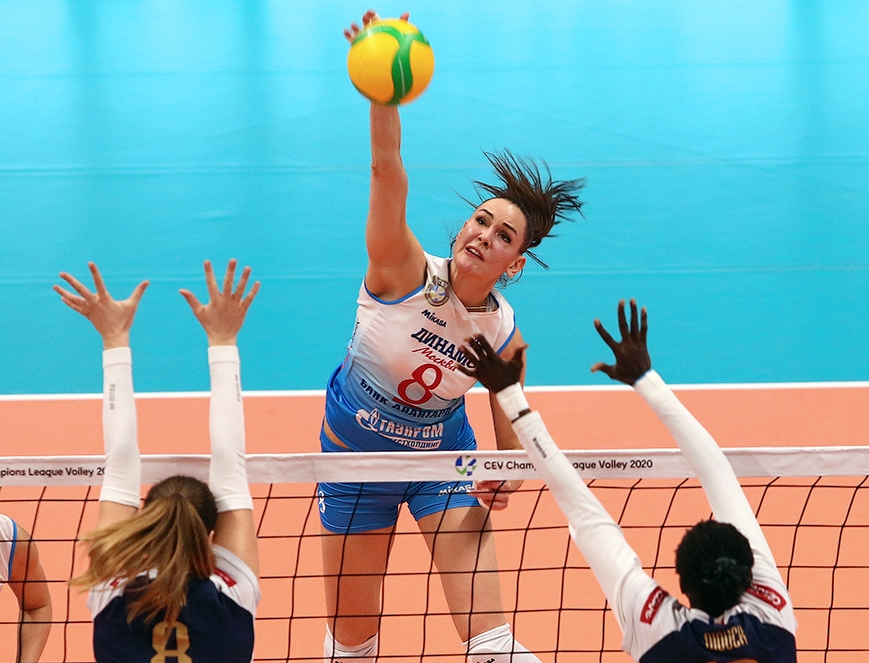 Dinamo Moscow’s Nataliya Goncharova spikes against RC Cannes
The third Russian club in the Champions League, Lokomotiv Kaliningrad, finished third in their pool on two wins in six matches and failed to make it to the next round. Valeriya Zaytseva was Lokomotiv’s highest ranked player in the various individual charts. The 24-year-old middle blocker, who was on Russia’s roster for VNL 2019, was the sixth most successful spiker of the pool stage, converting to points 55.88% of attempted attacks. 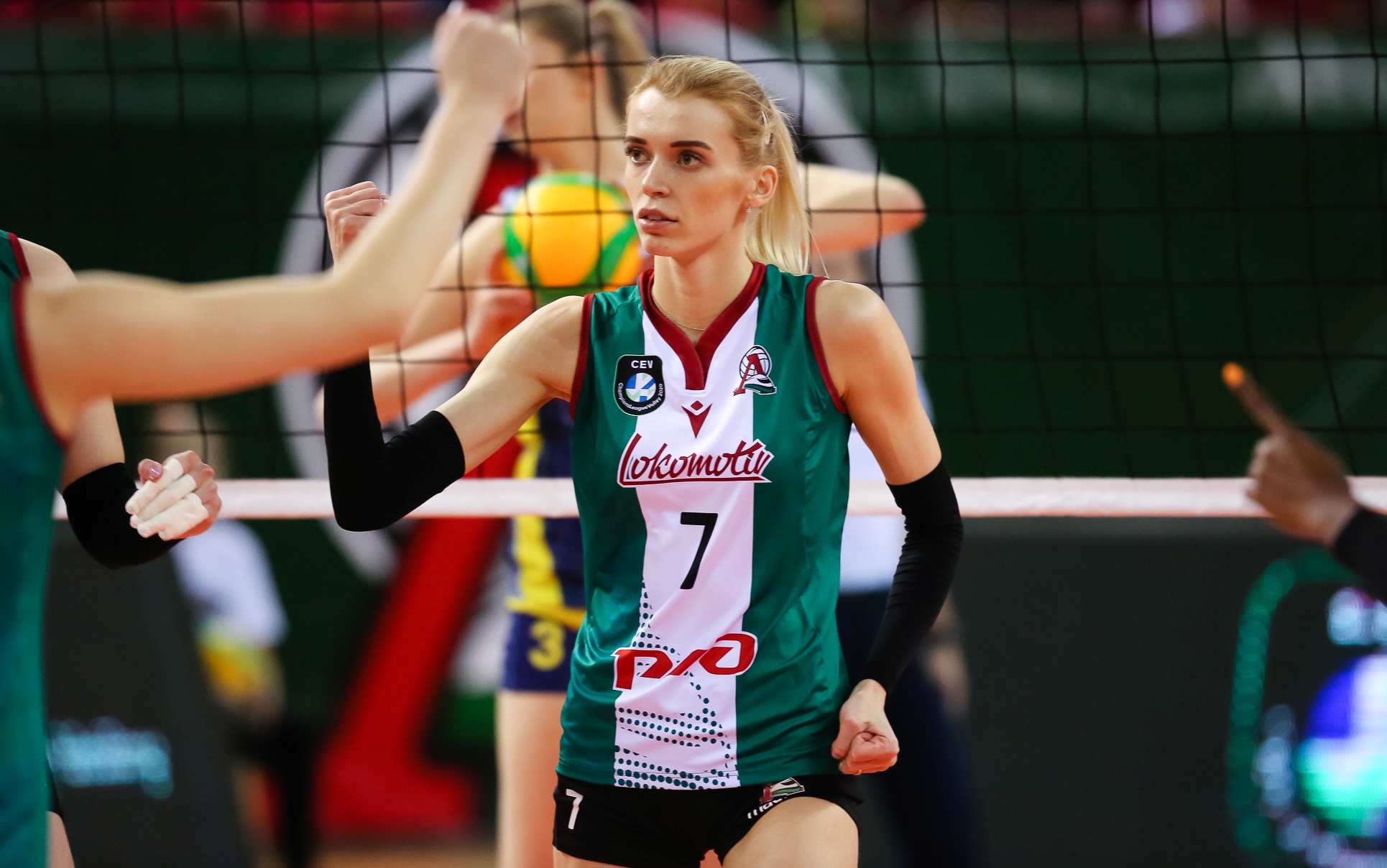 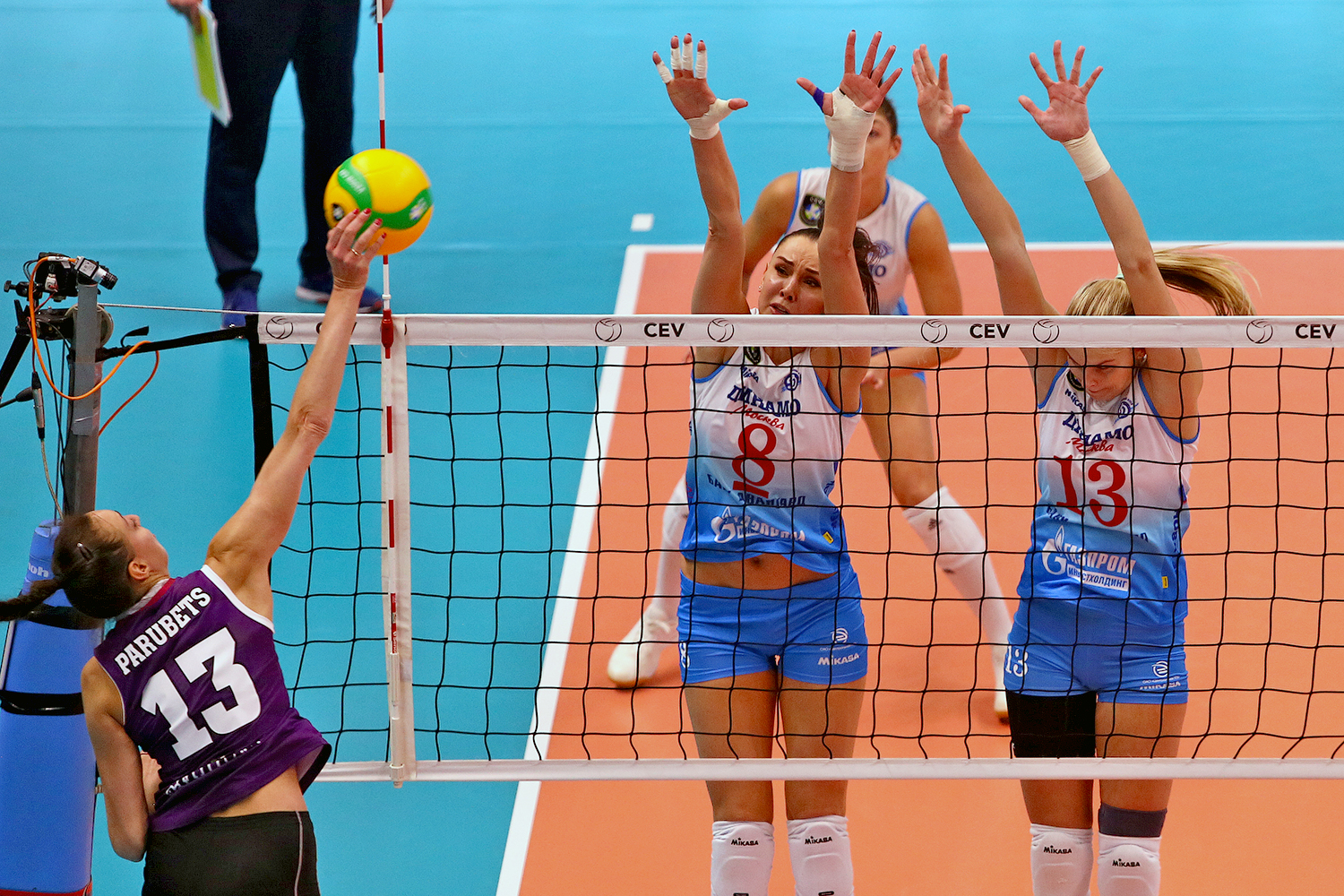