Kuvichka and Kislytsyn win gold in all-Russian final at Langkawi 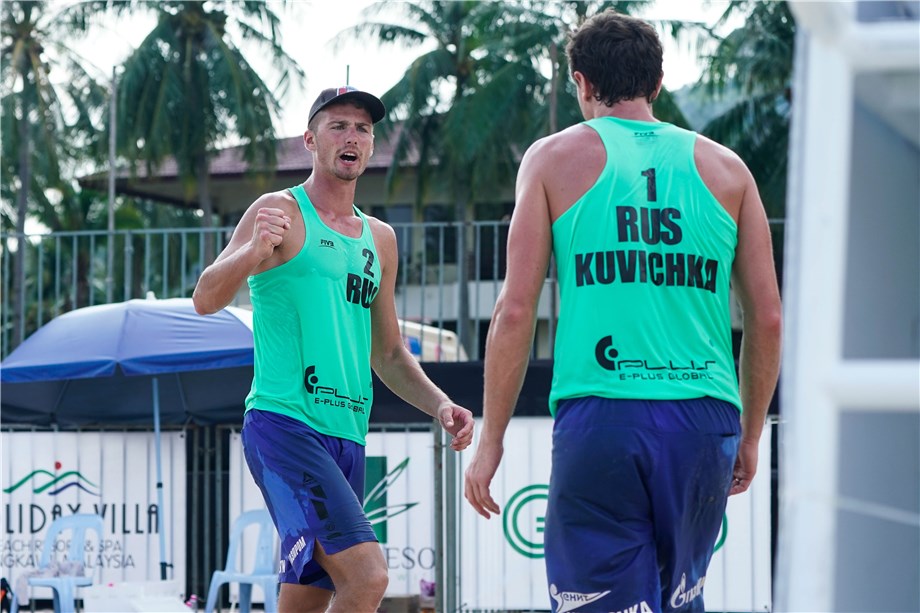 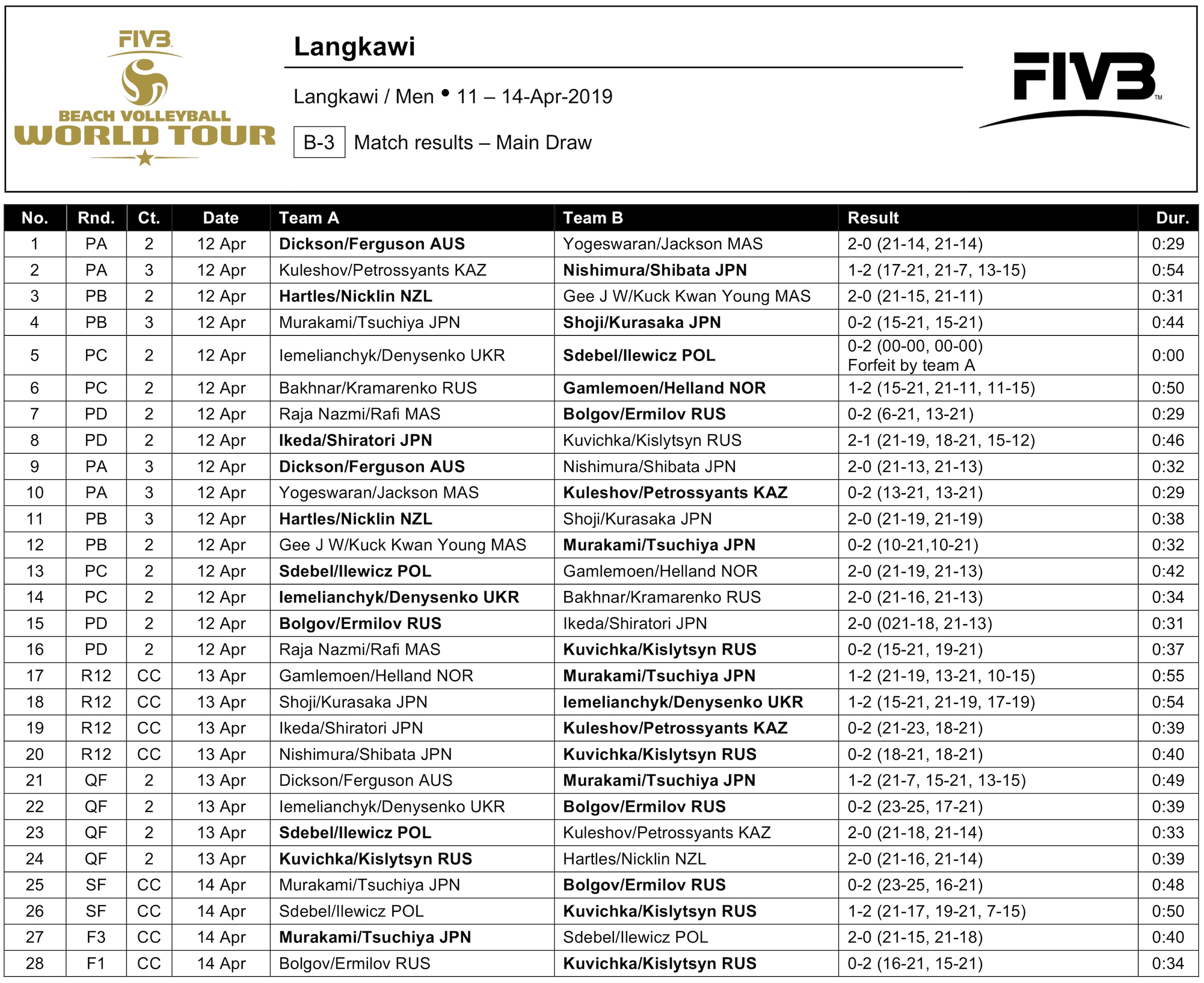 Kuvichka and Kislytsyn prevailed in their semifinal encounter with Poland’s Adrian Sdebel and Piotr Ilewicz to make it to the gold medal match. The Russians lost the first set to the Polish at 21-17 and then fought hard to avoid elimination with a tight 21-19 win in the second set. In the third set, the Russian pair built up a big lead to complete their comeback at 15-8.

Facing their compatriots Bolgov and Ermilov in the final, Kuvichka and Kislytsyn dictated the tempo throughout the match, winning both sets 2-0 (21-16, 21-15). The Langkawi men’s final marks the second all-Russian men’s FIVB World Tour gold medal match. The first one was when Ilya Leshukov and Konstantin Semenov defeated Viacheslav Krasilnikov and Oleg Stoyanovskiy in three sets at the Yangzhou 4-star final on October 14, 2018.

Kuvichka and Kislytsyn became the 25th men’s pair to capture an FIVB gold medal after qualifying for the main draw. This feat has now occurred 26 times with the Russian team of Taras Myskiv and Valeriy Samoday accomplishing the feat twice last season.

Murakami and Tsuchiya were playing in their fourth FIVB World Tour tournament in their first season together. This was their second final four of 2019 and their first bronze medal after finishing fourth at the Visakhapatnam 1-star.