Larson on track to lead USA in quest for Olympic gold 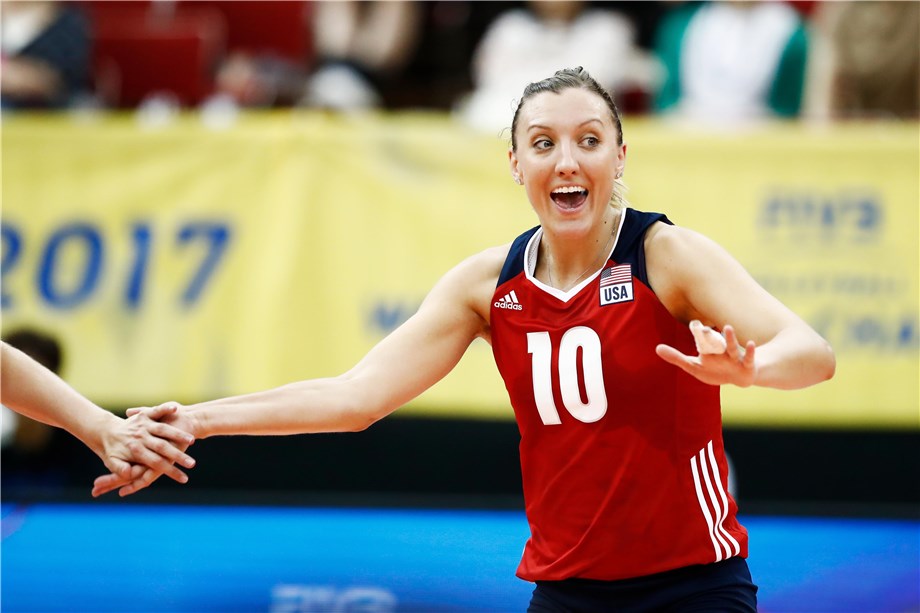 Jordan Larson looks favourably at an extra year of training ahead of a quest for USA's all-elusive gold medal in the women's Olympic volleyball tournament.

Lausanne, Switzerland, March 25, 2020 - Jordan Larson has put her planned retirement on hold until the Tokyo 2020 Olympic Games, now to be held next year due to the coronavirus pandemic, as she still plans to lead USA in their quest for the sole major gold medal that still eludes them, reports 1011 Now broadcaster from her hometown in Nebraska.

After five years in Russia playing for Dinamo Kazan and another five in Turkey with Eczacibasi VitrA Istanbul, the 33-year-old outside hitter joined China's Shanghai last year - though she managed to return home to the USA just in time to beat the current travel restrictions across the world.

Larson led USA to gold at the 2014 FIVB World Championship in Milan and followed up with a couple more gold medals in the two FIVB Volleyball Nations League editions so far. But at the Olympic Games she only holds a silver from London 2012 and a bronze from Rio 2016.

She was planning to retire from the national team after her third Olympic appearance at Tokyo 2020, and although this competition has now been pushed back to 2021, Larson still counts on being there for a shot at that all-elusive Olympic gold.

"Putting on the USA jersey means the world to me," Larson said. "That's why I'm okay with it extending a year."

"A lot of us are a little bit bummed," she added "I am most grateful that it's not canceled. That could've been ten times worse. I think that's a great benefit for us - it gives us more time to prepare."