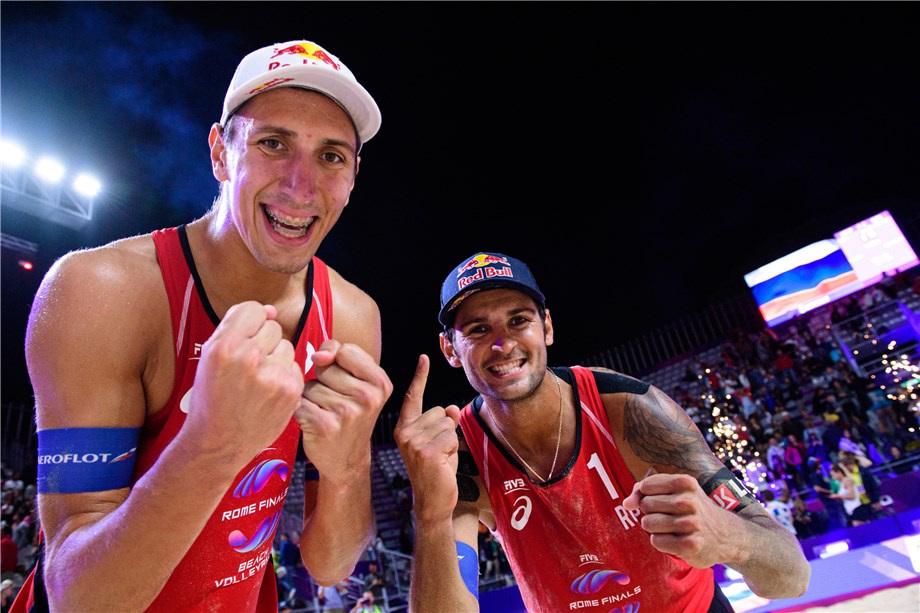 Oleg Stoyanovskiy (left) is ready for a fight with German tonight in the men's gold medal match at the FIVB World Tour Finals in Rome as Russia partner Viacheslav Krasilnikov seeks to be No. 1 on the Foro Italico center court podium.

Rome, Italy, September 8, 2019 - The curtain comes down on the 2019-2019 FIVB World Tour beach volleyball season tonight with the final two matches featuring the return to glory for Rio 2016 Olympic champion Laura Ludwig and a repeat of the men's 2019 world championship finale between Germany and Russia.

Ludwig and her 20th-seeded partner German Margareta Kozuch play in the final women's match on the 2018-2019 international calendar here Sunday at 8:20 p.m. (local time) on the Foro Italico center court against fourth-seeded Agatha Bednarczuk and Eduarda "Duda" Lisboa of Brazil.
Then at approximately 9:35 p.m., fifth-seeded Germans Julius Thole and Clemens Wickler challenge third-seeded Viacheslav Krasilnikov Oleg Stoyanovskiy of Russia in the men's gold medal match at the US$600,000 FIVB World Tour Finals.  The two teams last met July 7 in the world championships title contest in Germany with the Russians winning a three-setter from Thole and Wickler in Hamburg to claim the golden trophy.
While the men's story-line tonight is fixed on the revenge for Thole and Wickler or the validation for the Russians for winning the world championships, the women's angle centers on Ludwig and her vast range of beach volleyball experience (12 years, 124 events) that separates her and Kozuch, who started playing on sand in 2017.
And one cannot forget, Agatha and Duda are the defending FIVB World Tour Finals championships after winning the title in August 2018 in Hamburg to clinch their spot as the world's No. 1-ranked women's team for the 2017-2018 season.
Quick links - Beach volleyball:
FIVB Beach Volleyball World Tour Finals - Rome
Facebook
Twitter
Instagram
When their partnership was first announced in January, Ludwig said "Maggie has everything you need, she's incredibly athletic, she has an insane ball control, she's a real fighter, she's ready to invest a lot and she wants to go full throttle with our team, and we're all looking forward to our project.”
For Kozuch, one of Germany's most celebrated indoor Volleyball players, it was best opportunity to continue her career on the sand with one of the world's most accomplished beach players in Ludwig, the Rio 2016 Olympic and Vienna 2017 world champion with Kira Walkenhorst.
“I think working with Ludwig is a tremendous opportunity for me," said Kozuch, who switched to beach volleyball in 2017 to partner with Karla Borger.  “It’s full throttle in the direction of the Tokyo 2020 Olympic Games." 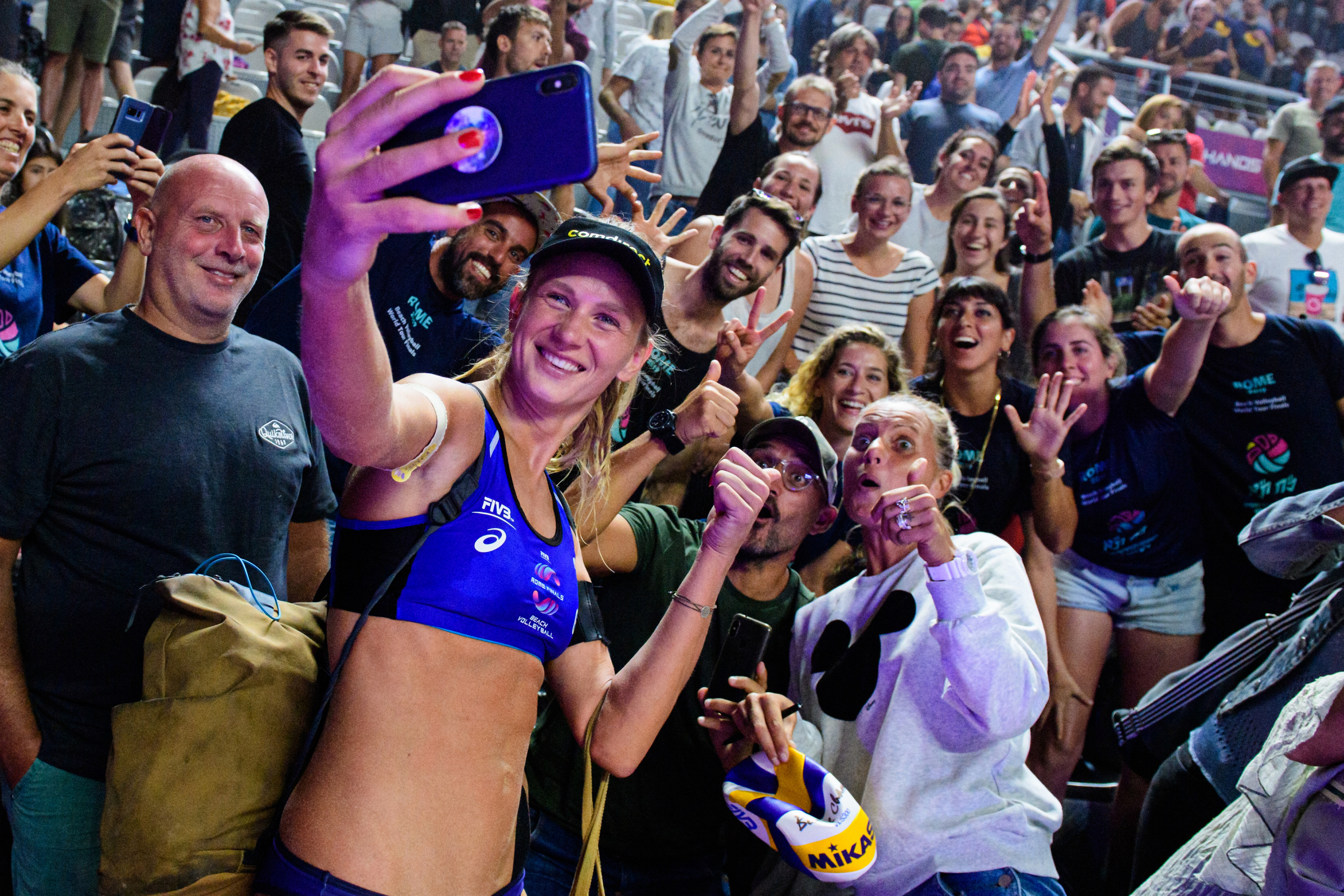 Margareta Kozuch with the Foro Italico fans Saturday evening
Until this week, the Ludwig/Kozuch partnership had drawn mixed reviews as the pair only had five top-nine finishes in 10 events with four 25ths and a 17th to their credit while winning only 23 of 40 matches.  However, the partnership started paying dividends starting Friday with five-straight wins to reach the gold medal match against a Brazilian pair that defeated them at the start of August in Vienna.
“It’s unbelievable, “said the 33-year-old Ludwig after her team's semi-final win Saturday against 10th-seeded Joana Heidrich/Anouk Verge-Depre of Switzerland.  “We’ve been waiting for a good result for such a long time.  It’s nice to see that we’re getting the reward for all the hard work we done all season.”
Kozuch said her "transition to the beach hasn’t been easy and I feel so grateful to play for the gold medal of such an important tournament. Laura has been on my side and has helped me a lot along the way. It’s been intense."