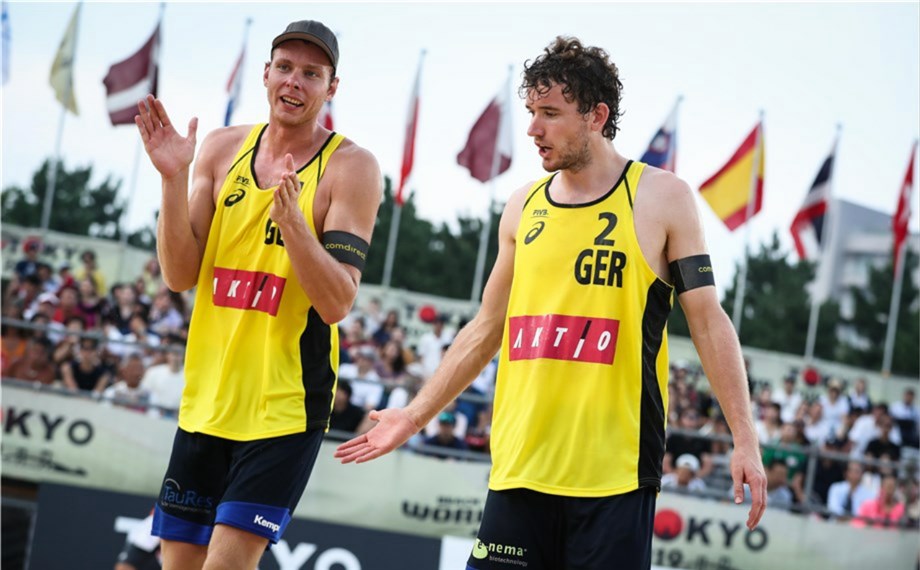 Brouwer and Meeuwsen, the 2013 FIVB world champions and Rio 2016 Olympic bronze medal winners, placed third this past Sunday at the Tokyo Open before Ehlers and Fluggen dropped the gold medal match to Norwegians Anders Mol and Christian Sorum.
Three weeks ago, at the Swatch Major Gstaad stop in Switzerland, Brouwer and Meeuwsen were defeated by Mol and Sorum in the gold medal match. The Norwegians are the No. 1-ranked team on the World Tour as the pair has won nine titles over the past 13 months, including six podium-topping finishes this season.
A week after Gstaad, the Swiss pair of Beeler and Krattiger captured a World Tour gold medal in Canada at the Edmonton Open for their country's first FIVB title since June 2006 when Patrick Heuscher and Stefan Kobel defeated the legendary Brazilian pair of Emanuel Rego/Ricardo in Roseto degli Abruzzi, Italy. 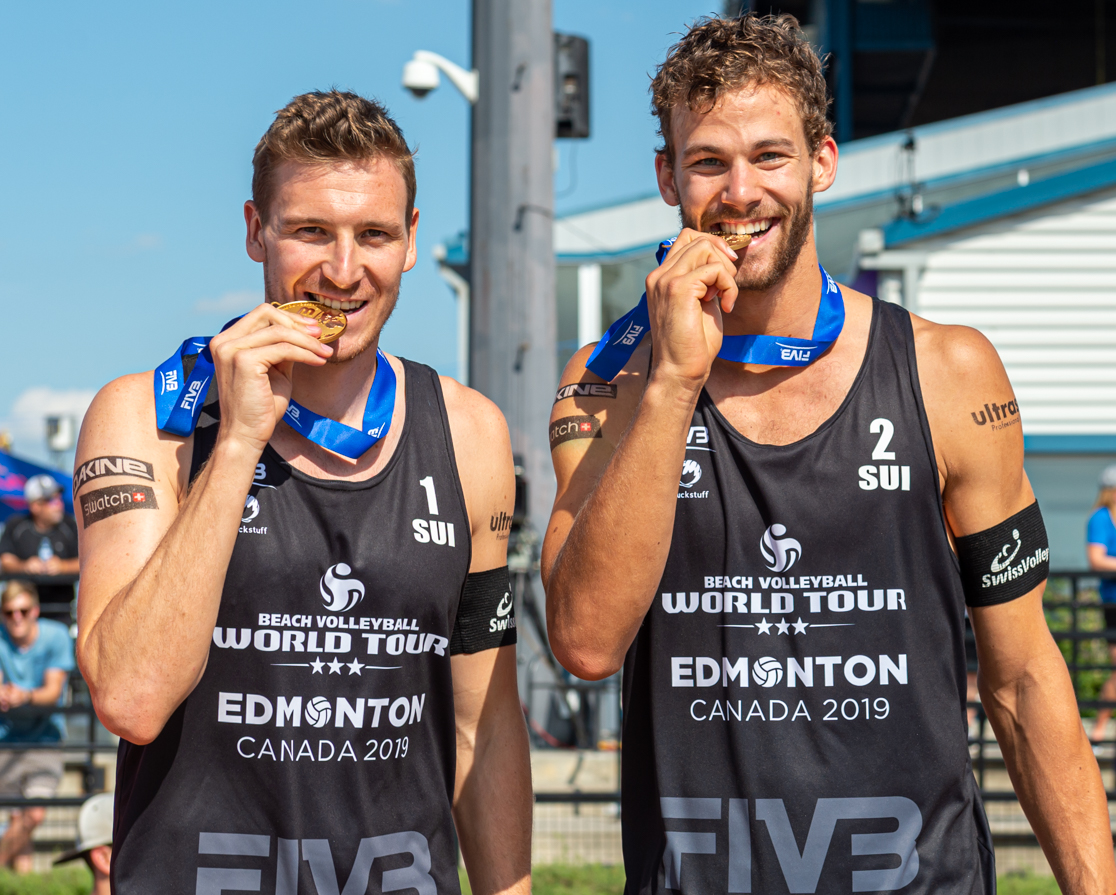 Nico Beeler (left) and Marco Krattiger of Switzerland
Antonelli and Salgado have three semifinal appearances this season on the FIVB World Tour and 10 overall during their partnership highlighted by a second three weeks ago in Gstaad where the Brazilians dropped the finale to Americans Alix Klineman and April Ross.
Tuesday's action will also celebrate a 23rd birthday for Finland's Anniina Parkkinen, who is playing in the qualifier with Taru Lahti. The Finnish pair is seeded ninth in the A1 Major Vienna qualifier and play their first match on Tuesday against Martina Bonnerova/Martina Maixnerova of the Czech Republic.
The men play only one round of qualifying matches on Tuesday with their final preliminary round matches set for Wednesday. The women's play on Tuesday features 24 matches with eight teams advancing to the main draw on Wednesday. The A1 Major Vienna concludes on Saturday for women and on Sunday for men.
With an international beach volleyball event returning to the Austrian capital for the third consecutive year, the A1 Major Vienna is being played on the Donauinsel, a long, narrow island lying between the Danube river and the parallel excavated channel Neue Donau. The island is 21.1 km in length but is only 70–210m wide. 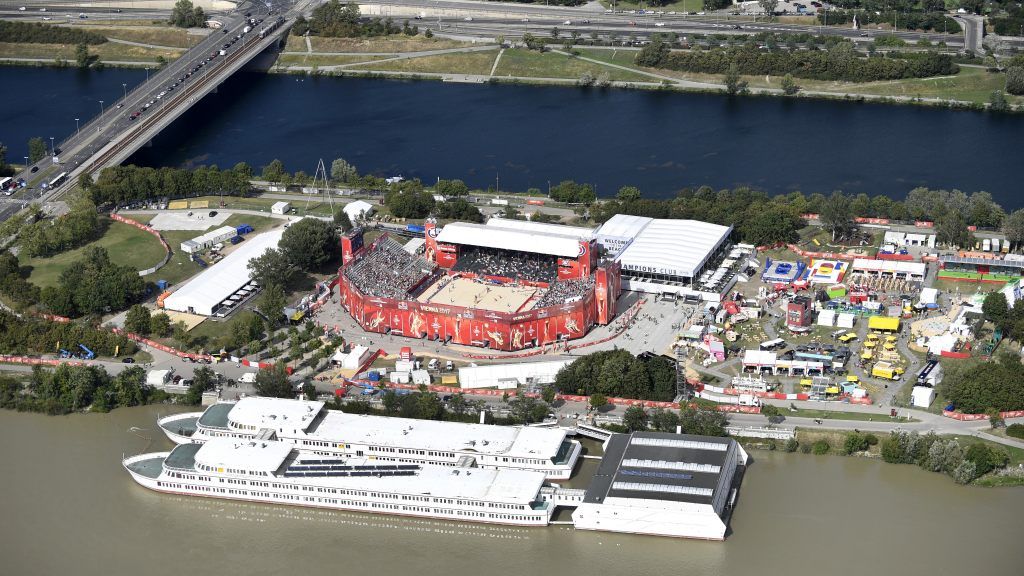