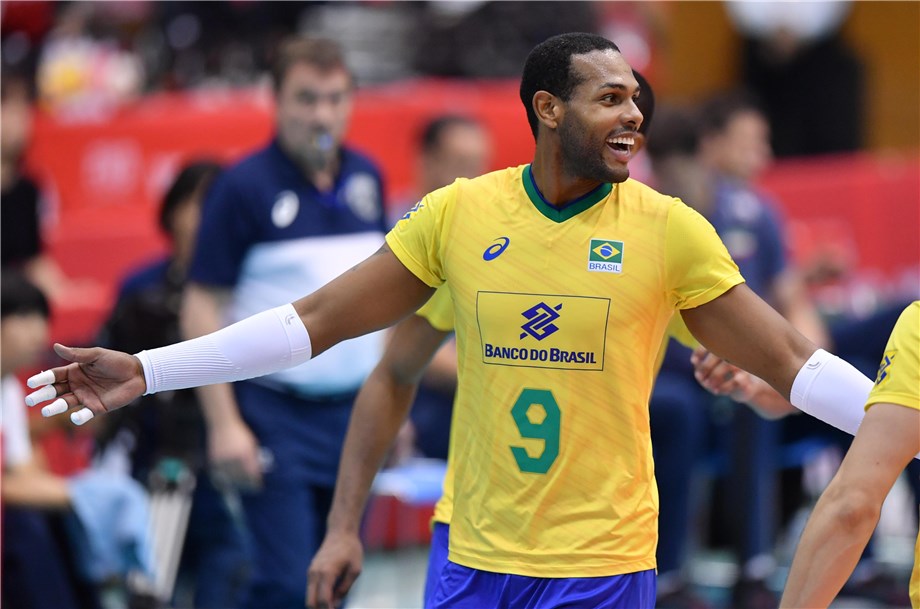 Hiroshima, Japan, October 9, 2019 – Yoandy Leal Hidalgo is having a great season and the summer of 2019 marks his first time playing for Brazil in the FIVB Volleyball Men’s World Cup.
“It’s going great, really great!” Leal exclaimed.
“It’s an important competition, it’s a long and difficult tournament. We are moving right along quite well. We hope to follow along this path in this way, and to work well until the end,” he added.
The Havana-born outside hitter served in the Cuba men’s team from 2007 – 2010, and built a stellar career in Brazil’s Superliga with Sada Cruzeiro between 2012-2017.

Leal obtained his Brazilian citizenship in 2015 and was finally able to put on Brazil’s jersey for the 2019 season.

“It’s a jersey that’s quite heavy to take on. It’s a big responsibility. To play in a team like Brazil is difficult, with really good players all around. I have this great opportunity to play here with them, and to be called upon in this team. I believe I have to work hard. And, I have to do so all the way until the end.” 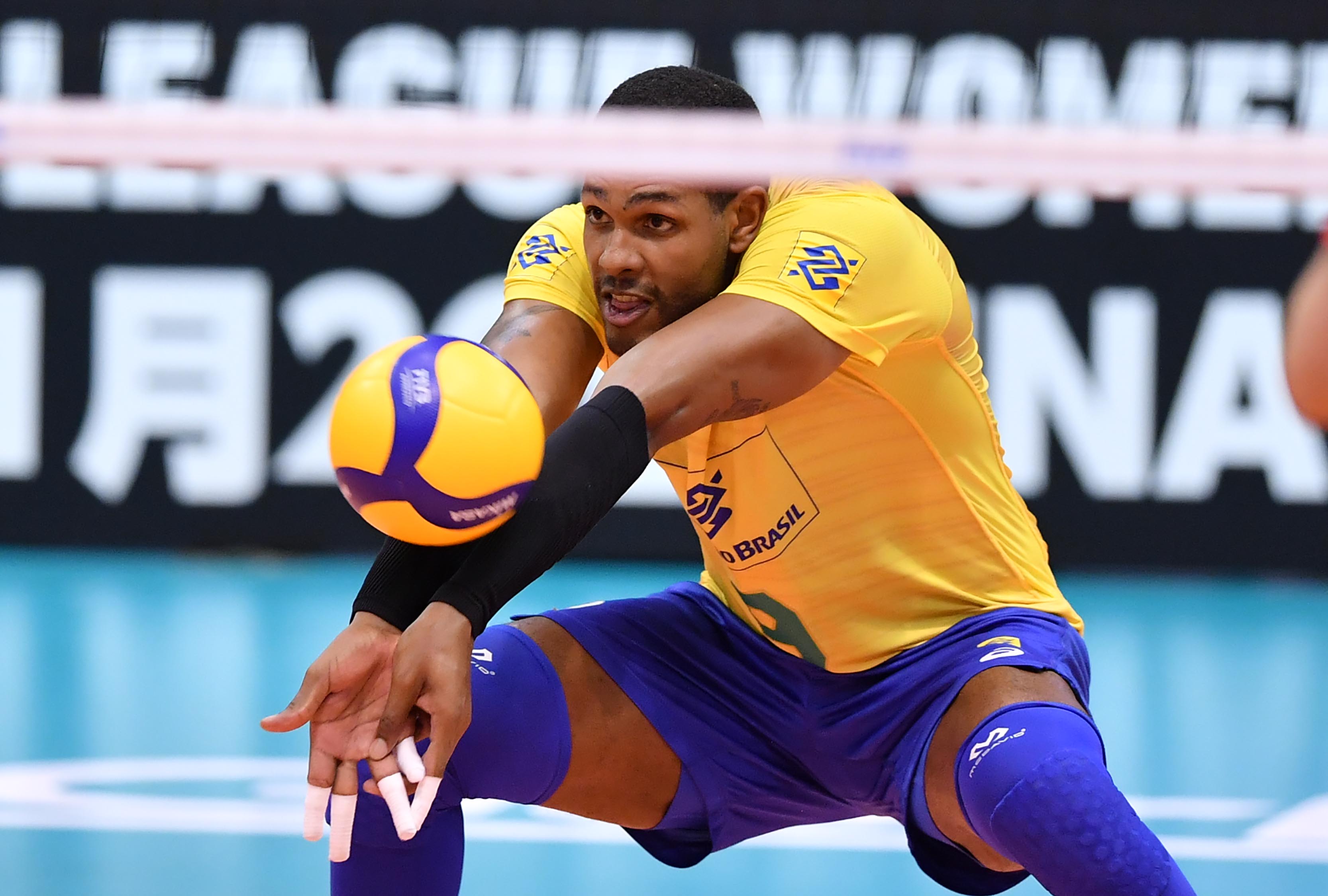 Leal: “I believe I have to work hard”

Leal says he has good rapport with Brazil’s captain and setter Bruno Rezende, with whom he has played club volleyball in his new team in Italy.

“It’s great to be able to play together with Bruno! I played in Brazil at a club level for some years. When I arrived in Civitanova in Italy to play with Bruno, I believe it has had a very positive effect, and now that we play in the national team, we play quite well.” 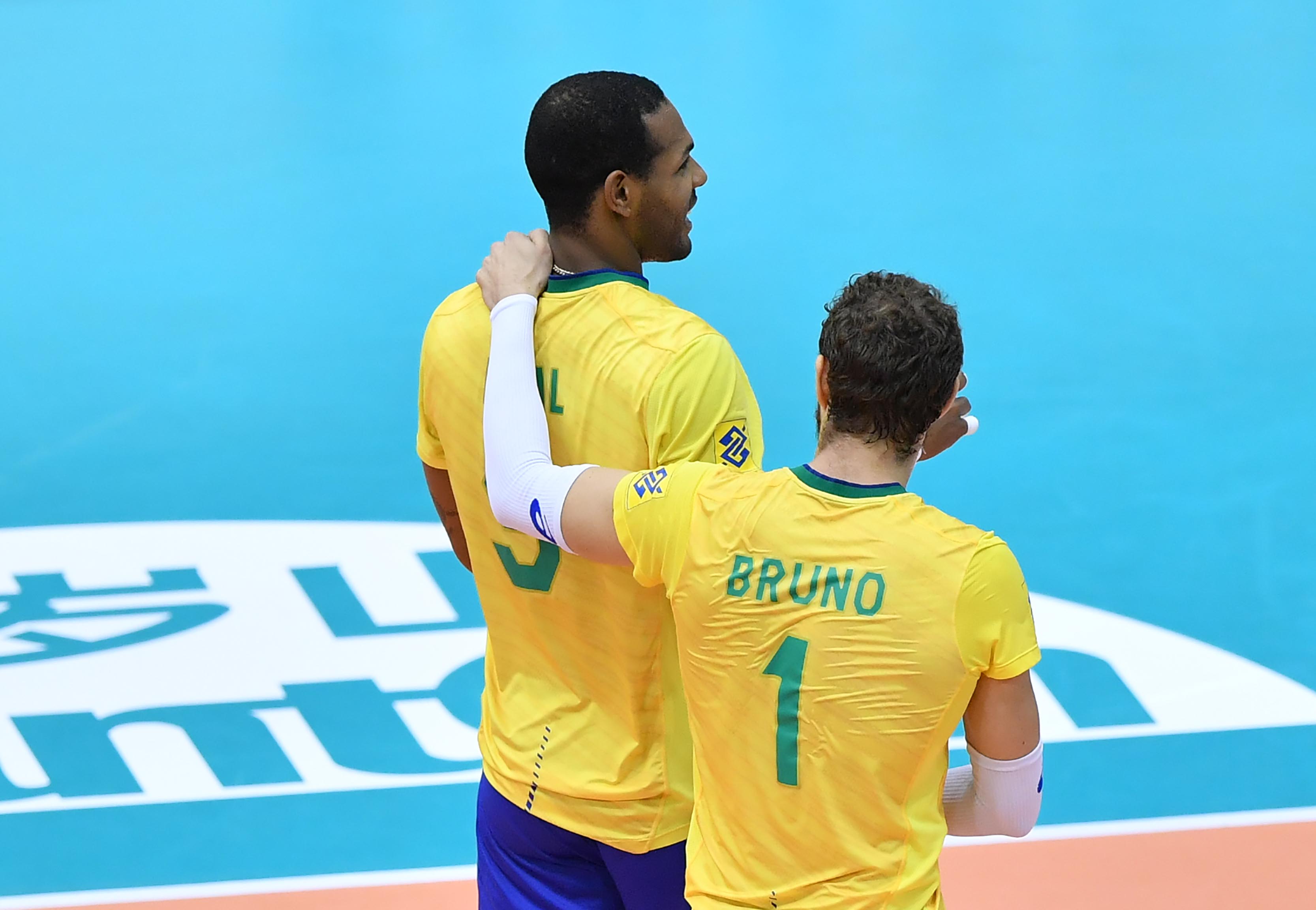 Leal and Bruno on court in Nagano’s White Ring Arena

In early May 2019, Cucine Lube Civitanova were crowned as Italian champions. A week later, the Italian club defeated defending champions Zenit Kazan of Russia to capture the CEV Champions League trophy.
“It’s been a good year so far, and we continue improving with each match.”

Brazil has remained unbeaten in the Men’s World Cup competition. Leal has steadily contributed as one of coach Renan Dal Zotto’s starters, charting double-digits for each one of their six victories.

Leal’s break-out performance was his 24-point haul against Egypt (last October 4 in Nagano).

In his first World Cup, and during his first year wearing the Brazil jersey, Leal remains focused on his task as a player, who continues to serve the greater purpose of the entire team. 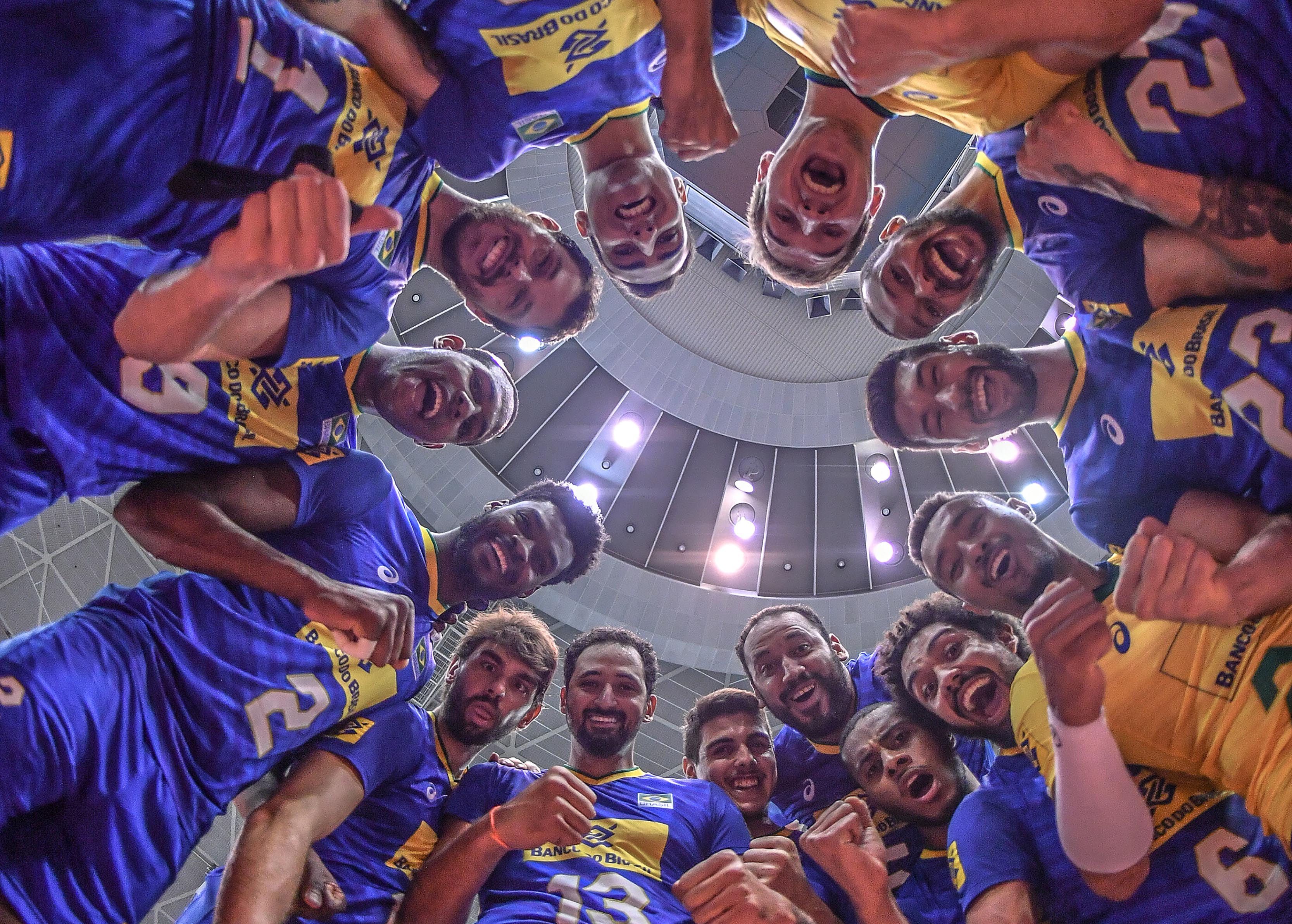 “Our objective is to simply play, and play well. It’s a long tournament and we have prepared well for this. We hope we can be the champions,” said Leal.
Quick links - Volleyball:
FIVB Volleyball Men’s World Cup
Facebook
Twitter
Instagram
Youtube