Legendary Tetyukhin steps down from active duty at 42

Lausanne, Switzerland, April 4, 2018 - Legendary Sergey Tetyukhin will be wrapping up an amazing career at the end of this season, the 42-year-old former outside hitter and captain of Russia's national team revealed in an interview with the country's RIA Novosti news agency.

Lausanne, Switzerland, April 4, 2018 - Legendary Sergey Tetyukhin will be wrapping up an amazing career at the end of this season, the 42-year-old former outside hitter and captain of Russia's national team revealed in an interview with the country's RIA Novosti news agency.

"This season is the last for me," said Tetyukhin who has been playing for Belogorie Belgorod in the Russian Superleague and European competitions since returning to the 'White City' in 2011 to complete a brilliant career of more than a quarter-century right where it all started.

"I'm finishing my career," he added. "It turns out that the return match of the final of the CEV Cup and the matches for positions 5-8 of the Superleague will be the last for me."

Tetyukhin won four Olympic medals, including a gold at the London 2012 Games, after a silver in Sydney 2000 and two bronze at Athens 2004 and Beijing 2008. He narrowly missed out on an unprecedented fifth medal when Russia lost to USA in the bronze medal match of the Rio 2016 Olympics.

On August 7, 2016 he tied the world record of six Olympic appearances held by his fellow-Russian Yevgeniya Artamonova, when he took to the court against Cuba in Russia's first match at the Rio 2016 Olympics. He first competed at the Olympic Games in Atlanta 1996. 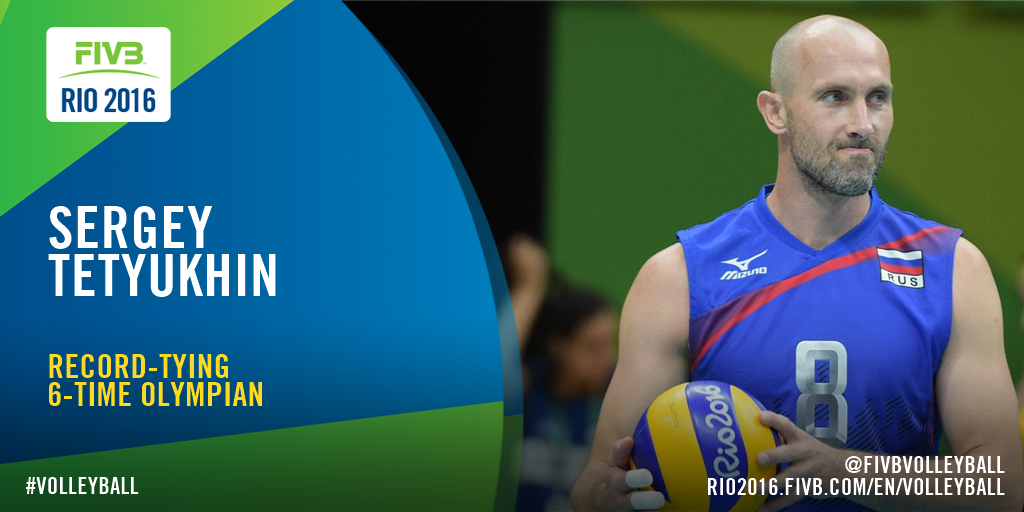 Tetyukhin was also flagbearer for Russia in the Opening Ceremony of Rio 2016. That same year he was named Volleyball Ambassador of the Year by the European Volleyball Confederation (CEV).

"All athletes have to finish their career - no matter how great or not they may be. There comes a time when you have to tell yourself 'stop'. This moment has come for me, and I'm okay with that," concluded one of the most brilliant stars in the history of Russian volleyball. 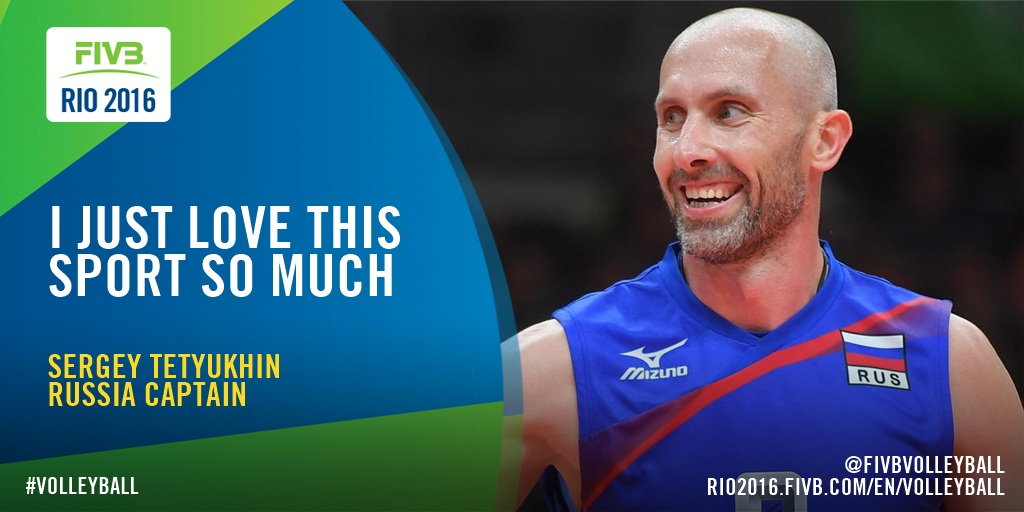 However, the dynasty lives on in Belgorod. Tetyukhin's two sons, Ivan and Pavel for the last few have been rising from the youth and junior programmes of Belogorie and the country's national teams.

In fact, for the last couple of seasons Sergey has competed alongside 21-year-old Ivan in Belogorie's top team.