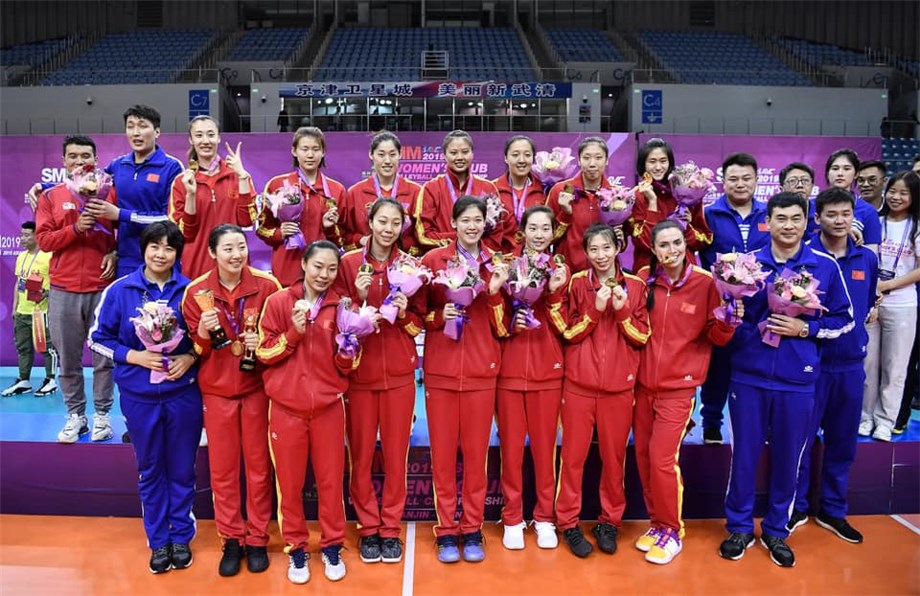 Bohai Bank Tianjin celebrate their fifth title in the Asian Women's Club Championship after defeating defending champions Supreme Chonburi of Thailand in the final of the 2019 edition.

Playing before a home crowd in Tianjin, Li was named both tournament MVP and best outside hitter after scoring an amazing 40 points in the final, as setter Yao Di, also named on the tournament Dream Team, set the pace for the hosts. Pleumjit Thinkaow was Supreme's best scorer with 23 points.

It was the first continental title for a Chinese club since 2013, when legendary coach Lang Ping led Guangdong Evergrande to gold. For Bohai Bank Tianjin it was their fifth Asian Club Championship title after successes in 2005, 2006, 2007 and 2012.

"I am glad that we could keep the trophy in Tianjin, and what makes me feel happier is our young players learned both lessons and experience from this tournament," said Tianjin head coach Chen Youquan. "That is valuable for us when we play the domestic league and international competitions in the future."

Players to look out for when this year's edition of the FIVB Volleyball Nations League begins on May 21 include China's Yao Di and MVP Li Yingying as well as Ajcharaporn Kongyot of Thailand.