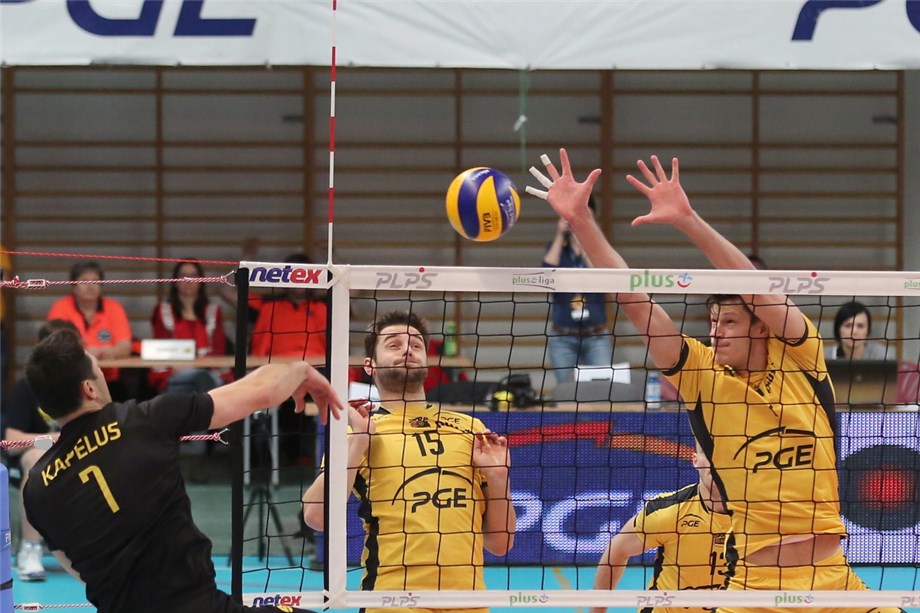 Srecko Lisinac puts up the block next to setter Grzegorz Lomacz in a Polish PlusLiga game to stop Serhiy Kapelus of GKS Katowice.

Lausanne, Switzerland, November 25, 2017 - Serbian middle blocker Srecko Lisinac is on a roll this season with PGE Skra Belchatow, ahead of the team's appearance in the 2017 FIVB Volleyball Men's Club World Championship beginning in just over a fortnight in Poland.

"Not utilising Lisinac in an attack, with so much offensive potential, would be a sin," stressed French coach Philippe Blain, who led PGE Skra from 2016 to 2017, reports the Polish Volleyball Federation in a story on their website (in Polish).

The 25-year-old Serb has belonged to the Belchatow club much longer. The club's managers had already recognized his abilities several years ago and signed a contract with Lisinac in 2012 when he was 20. However, he did not immediately join, but was rather sent on loan to AZS Czestochowa in Poland's PlusLiga and then to Berlin Recycling Volleys in Germany's Bundesliga before integrating into Belchatow in 2014. 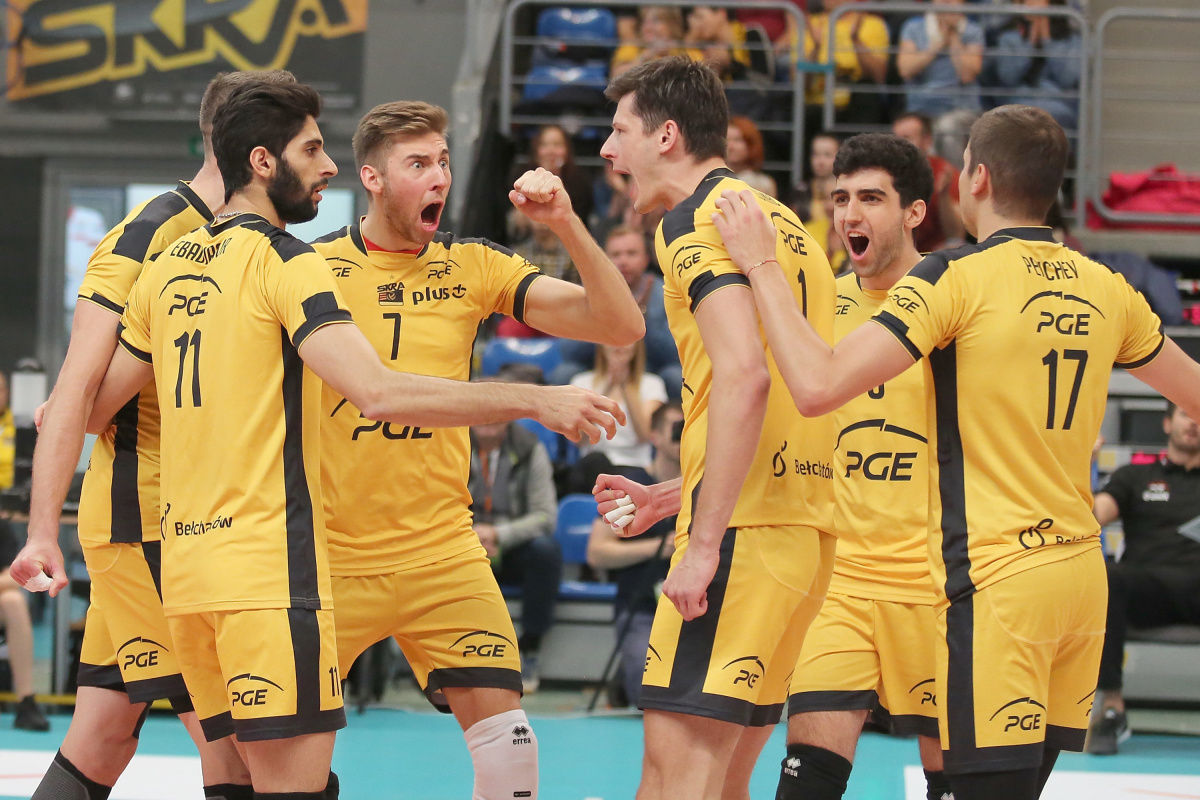 PGE Skra Belchatow, who are currently in second place in the PlusLiga standings behind defending champions ZAKSA Kedzierzyn-Kozle, compete in pool play in the city of Lodz, up against the likes of Argentina champions Personal Bolivar, China Champions Shanghai Volleyball Club and the reigning European champions Zenit Kazan.

Lisinac has already won a gold medal at Krakow's Tauron Arena, when he led Serbia to triumph in last year's FIVB Volleyball World League final. That's the same venue that will host the semifinals and final of the Club World Championship on December 16 and 17 - but can he strike gold again in the same place, this time with PGE Skra Belchatow?