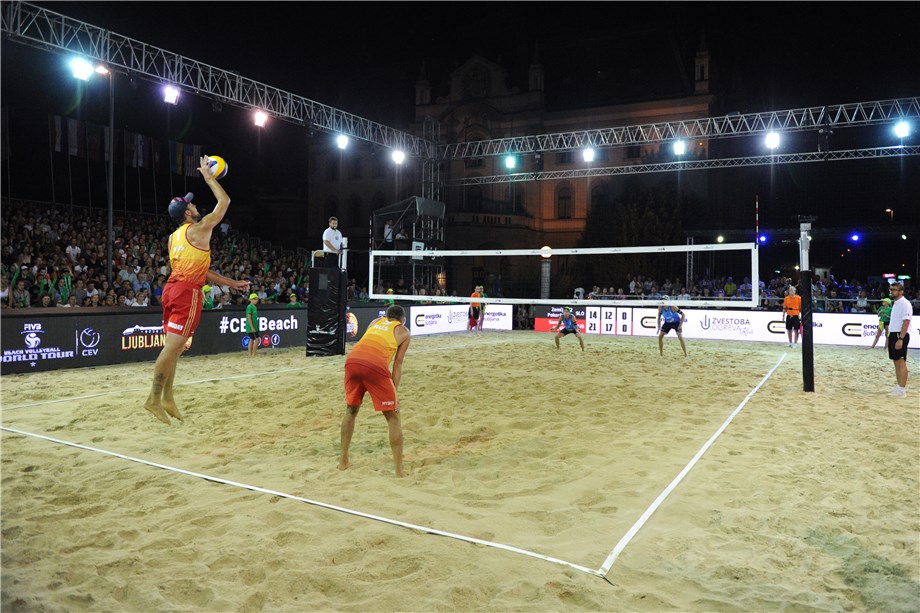 Lausanne, Switzerland, November 5, 2018 - After four-straight weeks of beach volleyball action on two continents, the 2018-2019 FIVB World Tour will return at the end of November in Europe.
Quick links - Beach volleyball:FIVB Beach Volleyball World Tour - LjubljanaFIVB.com - Beach volleyballLatest VideosFacebookTwitterInstagram
After China, Iran, Mexico and the United States hosted a total of six men's and four women's tournaments from September 30 through October 28, an indoor event in Slovenia is next up for both genders as Ljubljana hosts the final international beach volleyball competition for the 2018 calendar year.
The winter edition of the Ljubljana Beach Volleyball 2018 will be played from November 29 through December 2 for both men and women on the indoor courts at the Sports Park Ludus Crnuce. A total of 50 men's and 32 women's teams from 28 countries have entered the competition that will serve as a qualifying event for the Tokyo 2020 Olympic Games.
This past summer, the Slovenian capital hosted the country's first FIVB World Tour event where Taras Myskiv/Valeriy Samoday of Russia and Esmee Bobner/Zoe Verge-Depre of Switzerland topped the men's and women's podiums, respectively, on August 5.
Packed stadium crowds greeted and watched the women's-only event in Mexico where Chetumal on the Yucatán Peninsula hosted its first-ever FIVB World Tour event from October 24 to 28 with Canadians Heather Bansley and Brandie Wilkerson topping an international beach volleyball podium for the second-straight week. 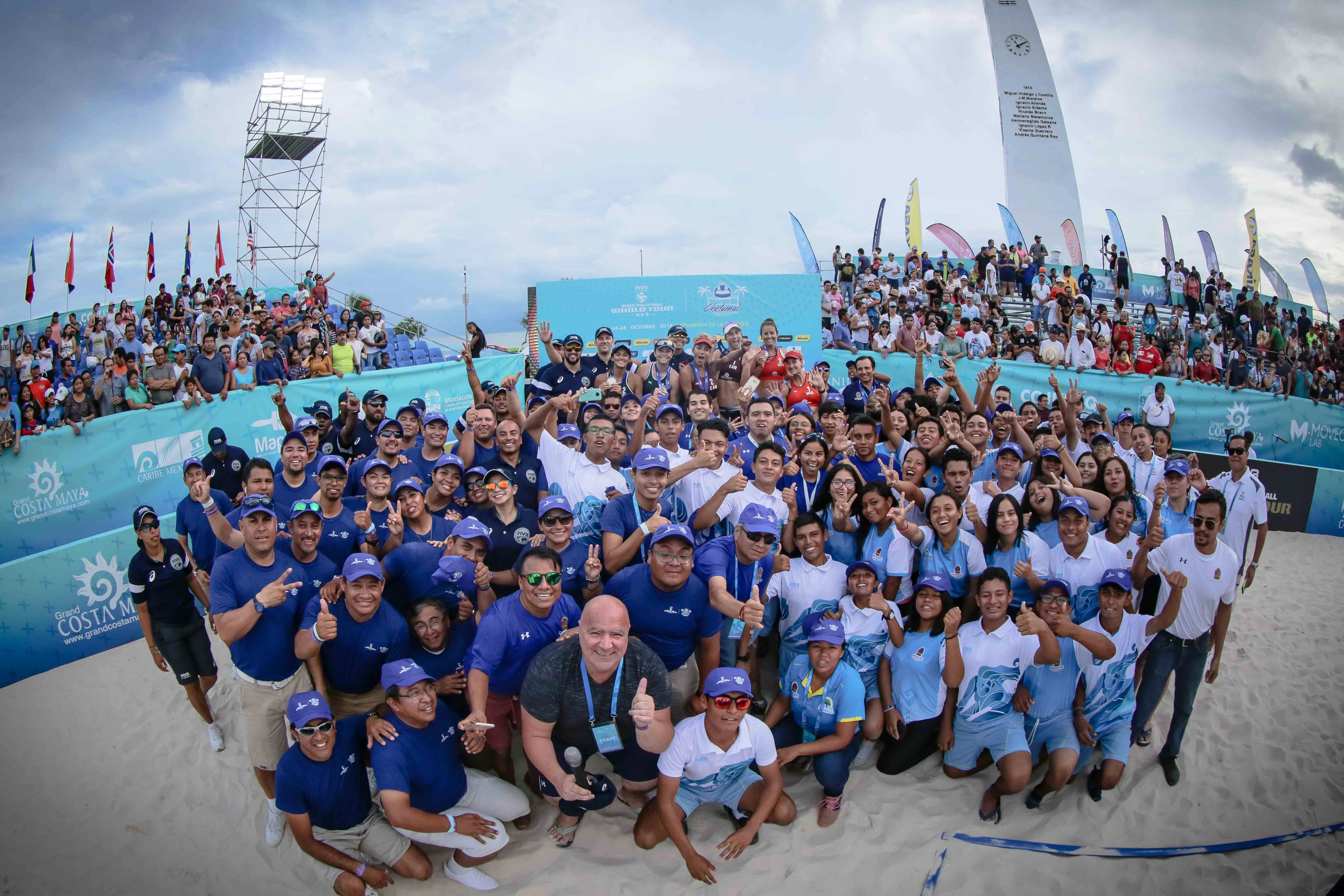 With the men having a weekend off after playing in eight events since the first weekend in September in Hungary, the women were competing in their sixth tournament on the 2018-2019 FIVB World Tour calendar and second within the NORCECA confederation.
The final four teams in Chetumal were all from Canada and the United States for just the second time in women’s FIVB World Tour history. In the gold medal match, Bansley and Wilkerson defeated Caitlin Ledoux/Geena Urango of the United States for the title. It was the Canadians the third career FIVB World Tour gold for both players.
A week earlier in the American resort of Las Vegas, Bansley and Wilkerson defeated compatriots Melissa Humana-Paredes and Sarah Pavan in the first-ever All-Canadian finale in FIVB World Tour history.  The two wins help validate Bansley and Wilkerson’s credentials as the pair were honored in September as the international circuit’s top defender and blocker, respectively. 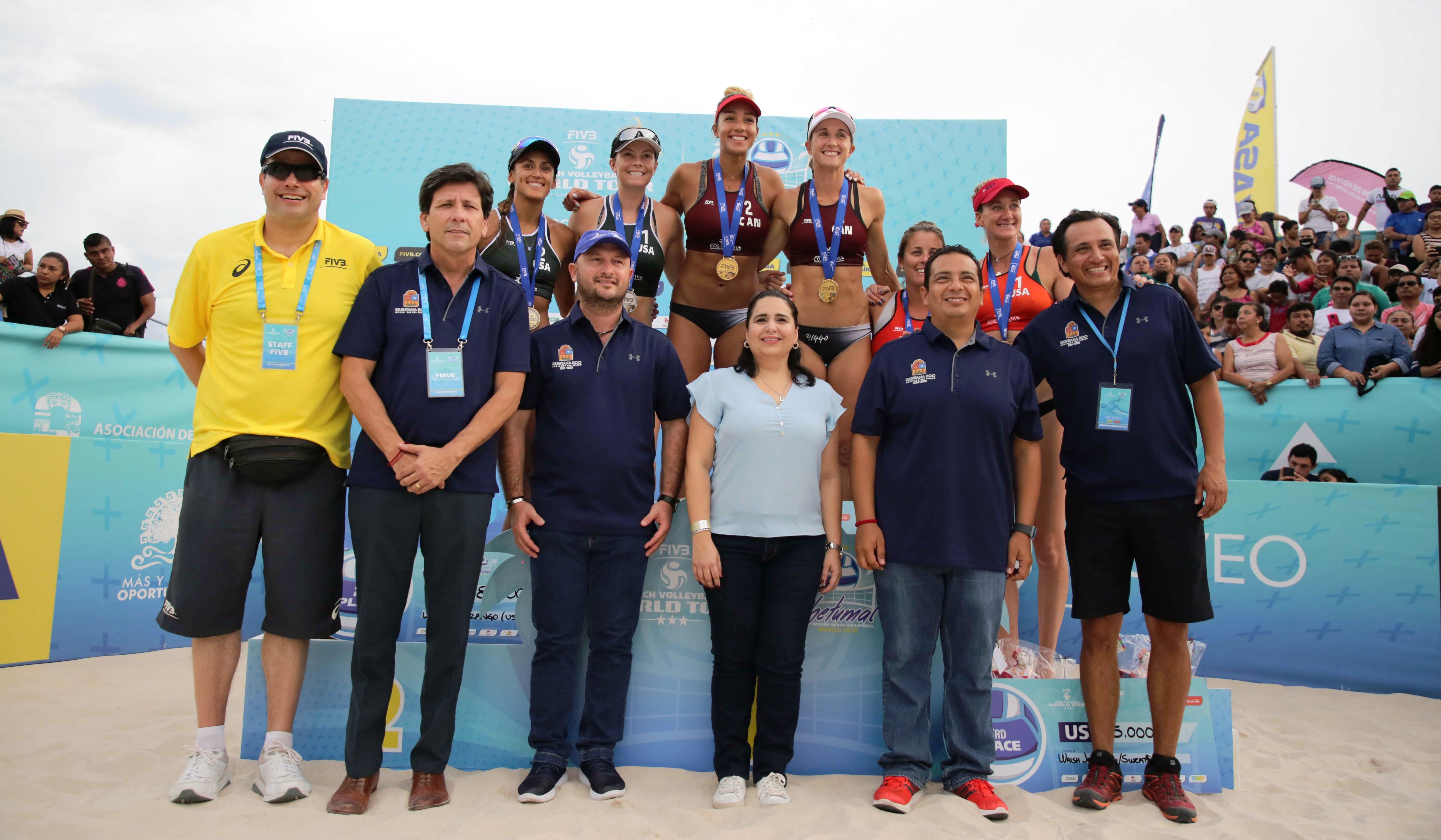 The Chetumal Open presenters and medal winners
Josemari Alves/Liliane Maestrini of Brazil were the last women's team who accomplished the feat on the FIVB World Tour by winning back-to-back events last June in China at Nantong (June 10) and Nanjing (June 17).
The last men's team to win back-to-back FIVB events were Aleksandrs Samoilovs/Janis Smedins of Latvia in September 2015 at Rio de Janeiro (September 6) and Sochi (September 13).
The first beach volleyball serve on the 2019 FIVB World Tour calendar will be right after the New Year with a double-gender four-star event in The Hague (Netherlands) from January 2-6 followed by a double-gender tournament from January 17-20 in Visakhapatnam, India.
In February, the FIVB World Tour returns to the United States and south Florida for the Fort Lauderdale Major (February 5-10).