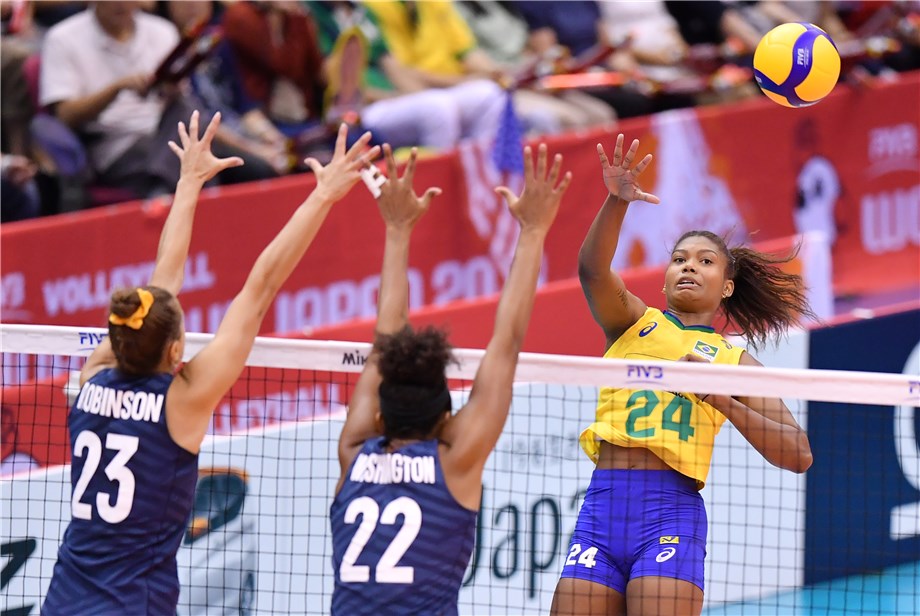 Rio de Janeiro, Brazil, July 31, 2020 – Brazilian volleyball club SESC RJ will enter the 2020-2021 club season with a revamped squad after the Rio de Janeiro-based side announced six additions to their roster.
Among them is 24-year-old opposite Lorenne Teixeira, who returns after spending the last three seasons at other Brazilian clubs. Lorenne, who was part of SESC’s 2015-2016 team what won the Brazilian Superliga, the Brazilian Cup, the Brazilian Super Cup and the South American Club Championship, has been with the country’s national team since 2018 and won a silver medal at the 2019 FIVB Volleyball Nations League.
“It’s great to be back with a different perspective,” she said. “The team kept most of its core and that puts us one step ahead of our rivals. We will work hard and with an experienced and strong roster, I’m confident we’ll have a great season. I was a different player in my first stint with SESC as I was still very young and I hope I can help in the best possible way.” 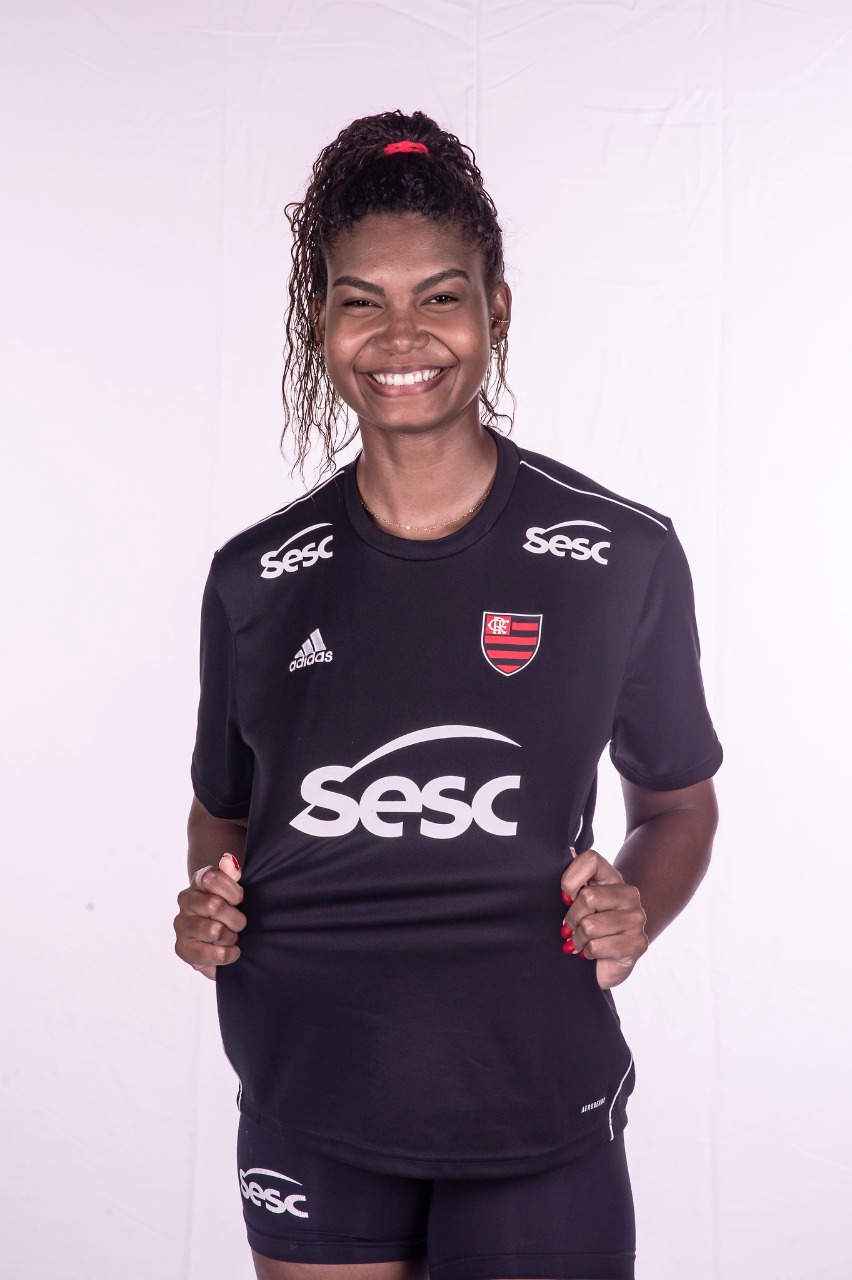 National team opposite Lorenne Teixeira is the team's main addition for the upcoming season
Lorenne will be tasked with replacing London 2012 Olympic champion Tandara Caixeta, who returned to Osasco, and is the main departure from last season’s team. The other new faces are setter Juma Silva, opposite Sabrina Machado, middle blockers Valquiria Dulius and Livia Santos and outside hitter Ana Cristina Souza.
SESC have maintained a strong core that includes past and present national team members including setter Fabiola Souza, middle blocker Juciely Barreto and outside hitters Drussyla Costa and Amanda Francisco, who is the team’s captain. 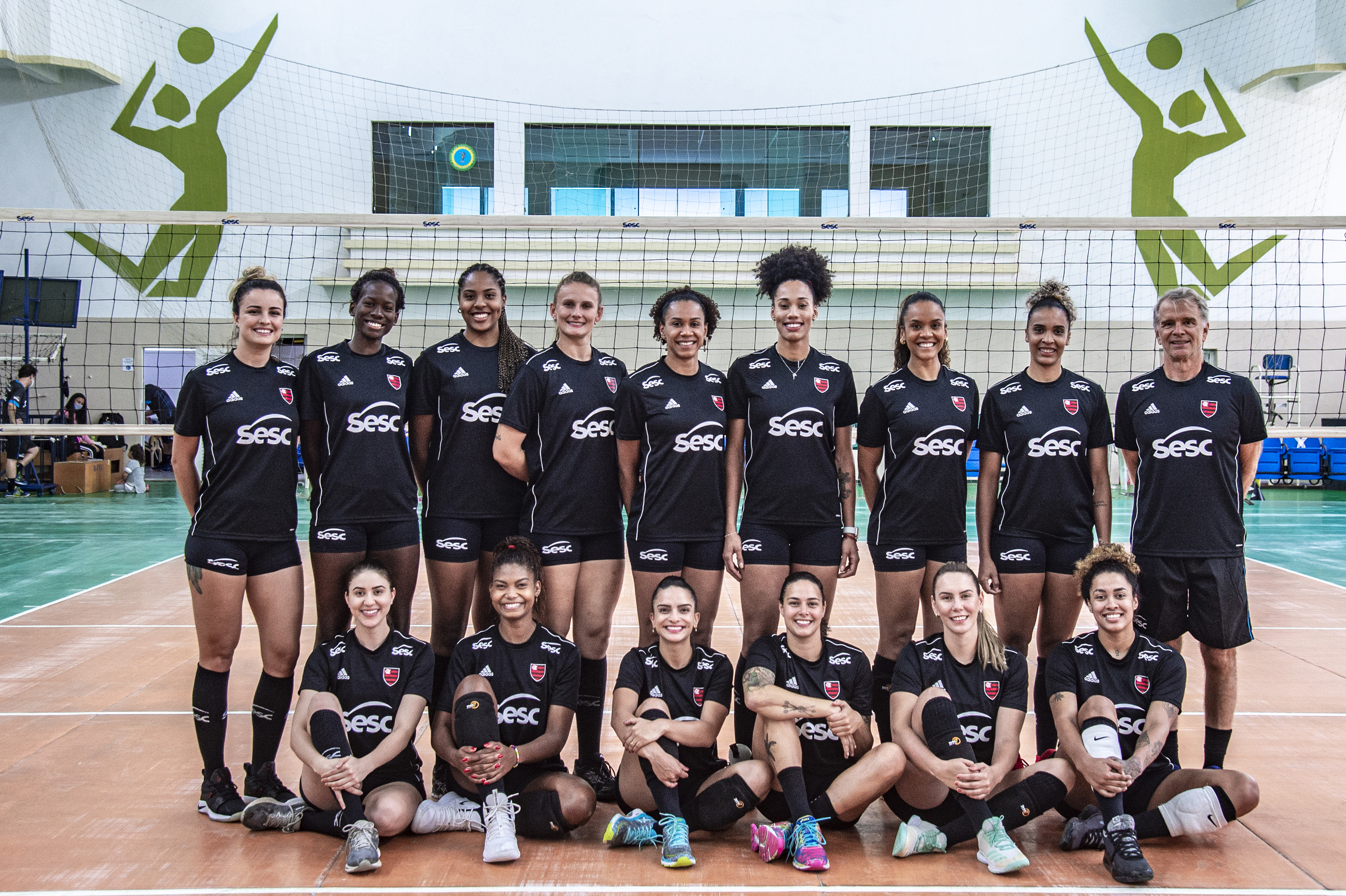 SESC RJ Flamengo's roster has started preparing for the 2020-2021 Superliga
The team, a 12-time winner of the Brazilian Superliga and two-time silver medallist at the FIVB Volleyball Women’s Club World Championship, will have a new look on the court in the upcoming season after establishing a partnership with soccer club Flamengo, one of the most popular in the country.
Flamengo, who had a team competing in the last two editions of the Superliga, has a rich story in volleyball too as the club was home to several big names of the sport like beach volleyball Olympic champion Jackie Silva and two-time Olympic champion libero Fabi Alvim. The club has now been renamed SESC RJ Flamengo.
“We had been talking about this possibility for some time,” coach Bernardo Rezende said about the union. “To have the solidness of a project like SESC paired with the brand recognition a club like Flamengo carries will make us stronger. We know this is a difficult moment for sports in the world, but our goal is to start a project that could inspire many others in our country.”
Quick links:
FIVB.com - Volleyball
Facebook
Twitter
Instagram
Youtube