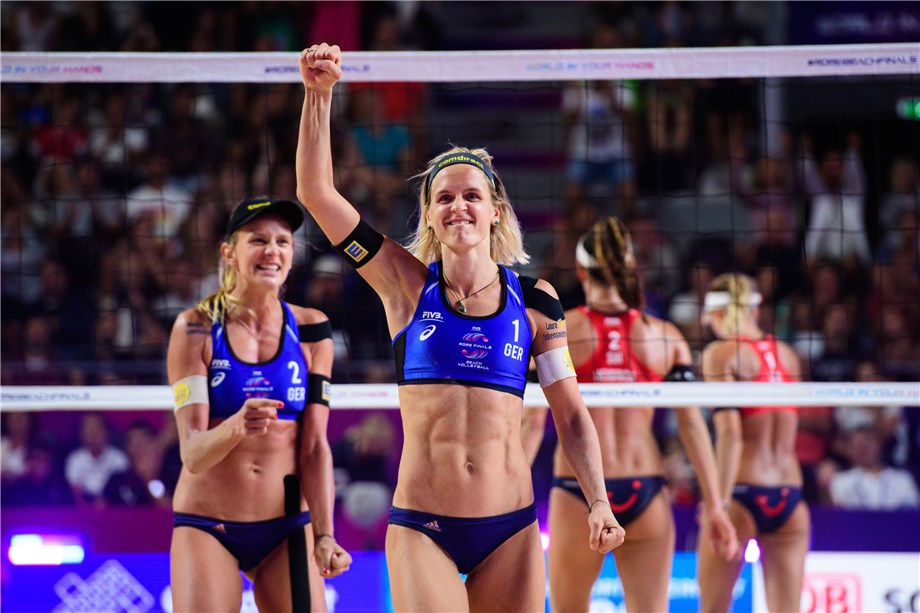 Rome, Italy, September 7, 2019 - It has been 743 days since Laura Ludwig has played in an international beach volleyball gold medal match as the German Olympic and world champion ended the dry spell here Saturday evening with new partner Margareta Kozuch.

With their 2-0 (24-22, 21-13) semifinal win in 46 minutes over 10th-seeded Joana Heidrich/Anouk Verge-Depre of Switzerland, the 20th-seeded Ludwig and Kozuch advanced to the finals of this week’s $600,000 FIVB Beach Volleyball World Tour Finals where the Germans will meet fourth-seeded Agatha Bednarczuk and Eduarda "Duda" Lisboa in Sunday's finale at 8:20 p.m. (local time).
Ludwig ended the 2017 season with a pair of FIVB podium-topping efforts with her Rio Olympic gold medal partner Kira Walkenhorst as the pair captured the World Championship trophy in Vienna before capturing the gold medal at the World Tour Finals on home sand in Hamburg on August 26 where the Germans defeated Agatha and Duda in a three-set title match.
“It’s unbelievable,” said the 33-year-old Ludwig, who gave birth to her son 16 months ago. “We really didn’t expect it, especially after starting the tournament with a loss. We’ve been waiting for a good result for such a long time and it’s awesome that it happened here. And it’s nice to see that we’re getting the reward for all the hard work we've done all season.”
Ludwig, who has a personal 10-5 match mark against Agatha, said the Brazilians “are great people and amazing players. I just love playing with them, it’s always a battle and I can’t wait to step on the court and play against them again.”
Quick links - Beach volleyball:
FIVB Beach Volleyball World Tour Finals - Rome
Facebook
Twitter
Instagram
In reaching her first-ever FIVB World Tour gold medal match, the 32-year-old Kozuch said “I’m so excited. If I could pick one place to play in my first final at the beach, it would certainly be Rome as I love Italy. The transition to the beach hasn’t been easy and I feel so grateful to play for the gold medal of such an important tournament. Laura has been on my side and has helped me a lot along the way. It’s been intense, but also very exciting and I am really looking forward to this first final.”
For the second-straight season, Agatha and Duda will be seeking to end the campaign atop an international beach volleyball podium as the Brazilian advanced to the finals by defeating sixth-seeded compatriots Rebecca Cavalcanti and Ana Patricia Silva 2-1 (17-21, 21-19, 15-13) in 54 minutes in the first semifinal match.
With their rivals in command for most of the third set, Agatha was able to side out before Duda scored the tying point on a shot down the line past an Ana Patricia block to make it 12-13. Duda served an ace to give her team the lead. After a Rebecca and Ana Patricia time out, a Duda serve split the opponents for another ace and the match win.
“It was an amazing match, Rebecca and Ana played so well," said the 36-year-old Agatha. "They did a lot of things differently than we expected so it was a real mental test because we needed to adapt all the time and keep our side out game solid. We came to this tournament with the goal of bouncing back after not doing so well in Moscow and I’m really excited to play a gold medal match at the World Tour Finals again.”
The 21-year-old Duda, who was the FIVB World Tour's most outstanding player in 2018, said: "We worked with our coaching staff to be ready for these moments, both physically and mentally. It was the end of the match; Rebecca was passing well all match and I knew I had to do more to turn things around. After the first ace, they called a timeout, Agatha tried to talk about what we should do, and I just asked her to let me focus on the next one. I just used all the energy I had, and I was so happy when it went right in.” 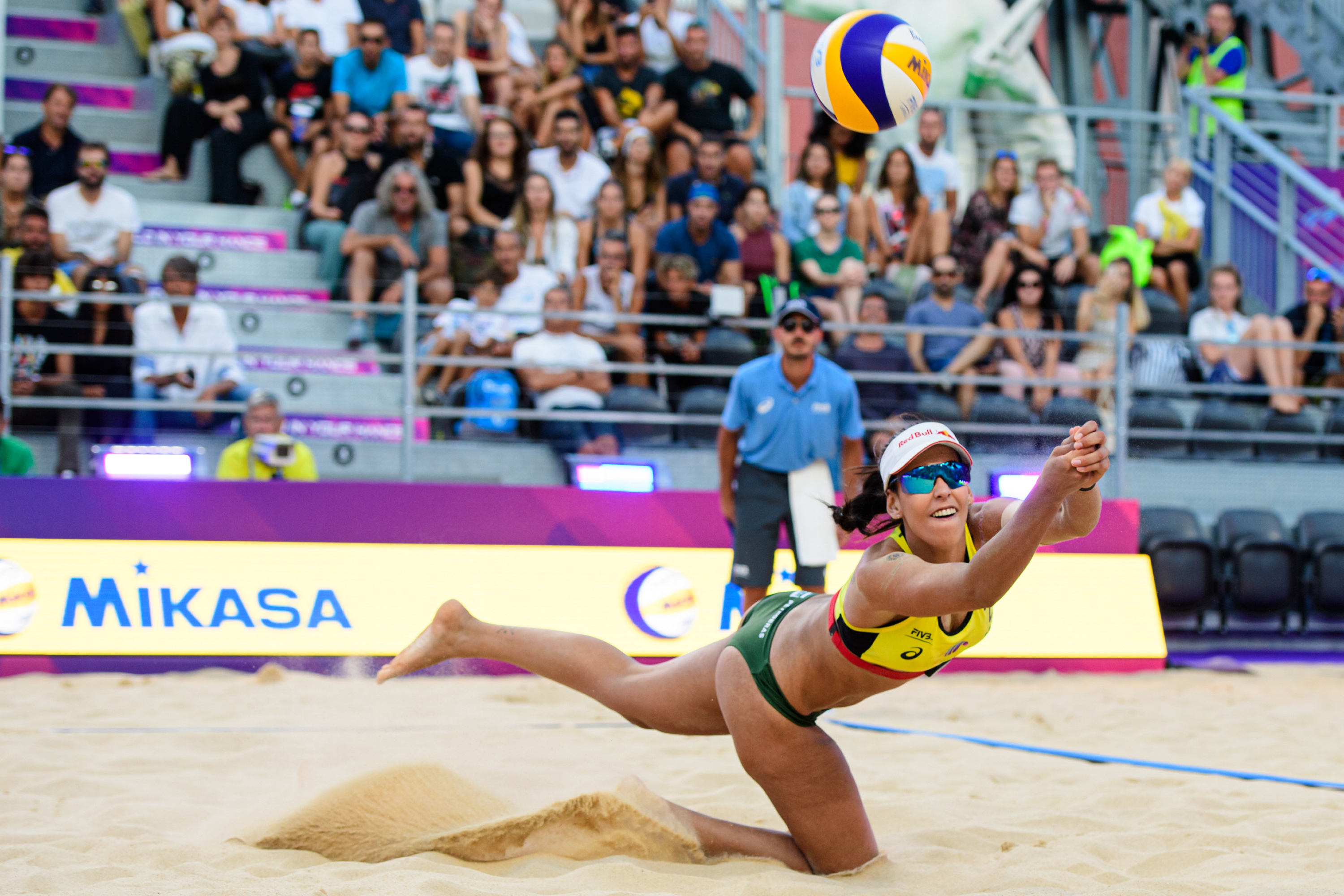