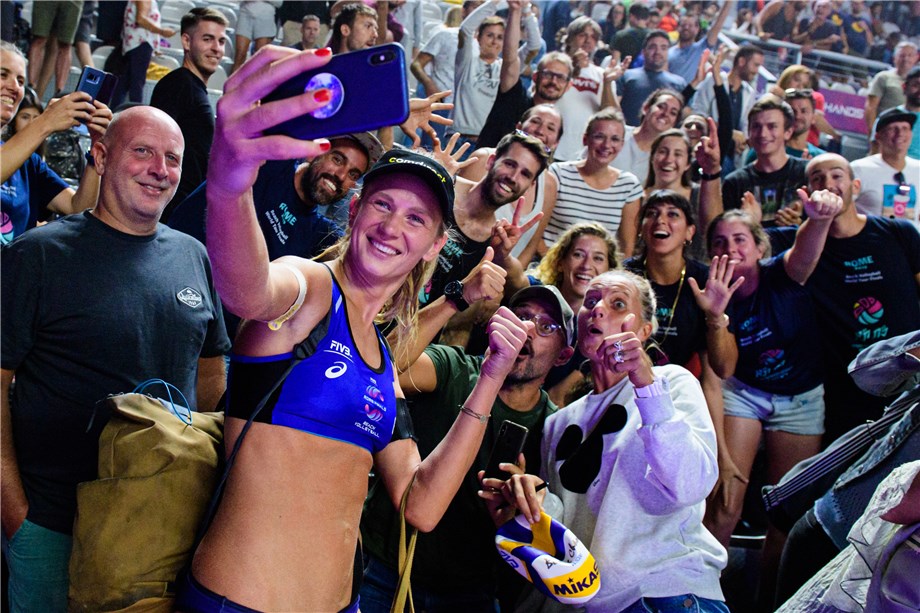 Lausanne, Switzerland, July 1, 2020 - Maggie Kozuch is one of only a very few players in the world to have enjoyed the highest level of success in both indoor and beach volleyball. She won the CEV Champions League with Pomi Casalmaggiore and joined an elite group of players by winning a major FIVB Beach Volleyball event at the World Tour Finals in Rome in 2019 with partner Laura Ludwig.

Also read:
Five words to describe Maggie Kozuch's 2019 season
In this, the second part of this exclusive series with the free spirited German blocker, we hear about her transition from indoor to beach and the challenges that present themselves when in her words ‘you change sport’.
“My decision to change sports came around due to a lot of things. First, indoors I played five months with shoulder pain and it was the first year that I decided to not go to the national team practice. I decided to rest, do yoga and listen to myself to see what my body needed. I wasn’t sure if I could play and not be in pain. In 2017, I already had the contract in China and had decided to play. In the end, however, with a lot of back and forth, the team and club didn’t register for the league, and I was left without an offer and club. It was very late and everyone already had a club - so I was left in limbo.”