Mambru fires out a victory for Dominican Republic 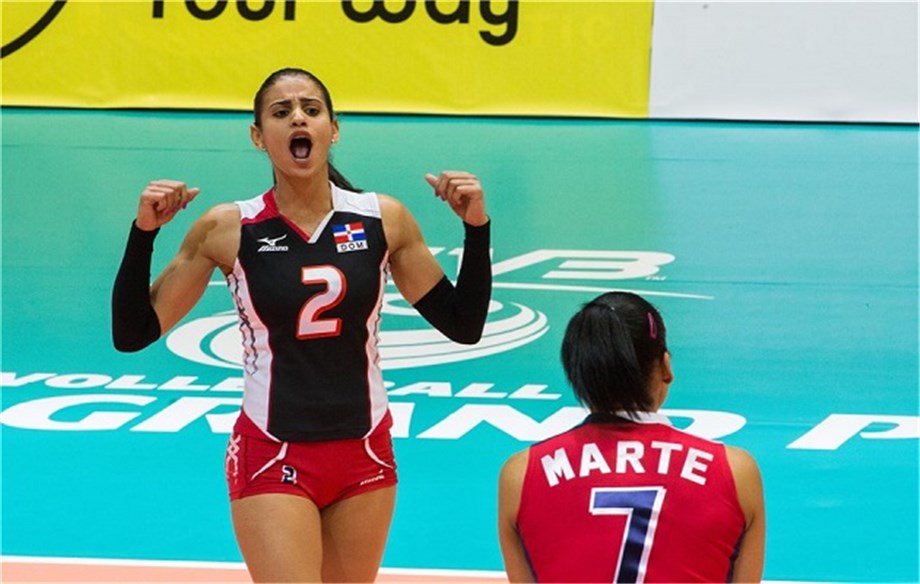 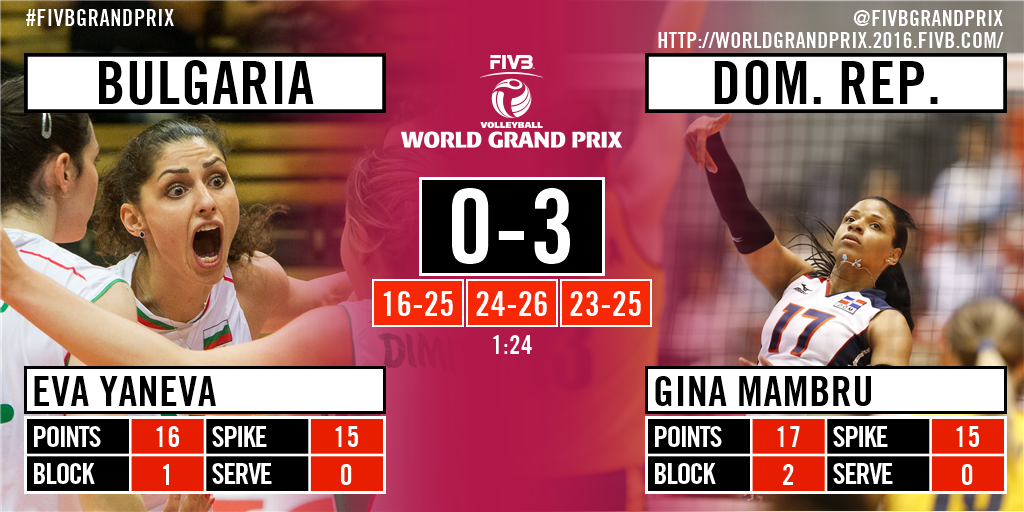 The match started quite tight with first technical time out reached by Bulgaria 8-7, after scoring three kill blocks. The players in white-and-green lost their lead 13-10 when coach Marcos Kwiek called time out and motivated his players to take over 16-14. The difference in the score was rising continuously thanks to pressure of service the Dominican Yorkira Binet put on her opponents until first set point for Dominican Republic at 24-15. The team ended the set an action later.
In the second set the players from NORCECA zone kept the rhythm of performance and reached first technical time out leading 8-5. Bulgarians improved their reception a little bit and started to play more through the middle, which helped them to get close at 15-16. Despite few courageous attacks of Eva Yaneva Bulgaria was still two points behind at 18-20. While the white-and-greens were losing 21-24, Nasya Dimitrova helped with her floating serve to come tie 24-24, but Dominican Republic finally reached the end of set with successful block.