Marco and Esteban Grimalt on their plans and dreams

Linares, Chile, July 16, 2020 – Chilean cousins and beach volleyball stars Marco and Esteban Grimalt from Chile spent some time on a Facebook Live chat with their fans on July 11 and here are the highlights of their conversation.

Linares, Chile, July 16, 2020 – Chilean cousins and beach volleyball stars Marco and Esteban Grimalt from Chile spent some time on a Facebook Live chat with their fans on July 11 and here are the highlights of their conversation.
Esteban on their relationship
“We know each other since we were born, so we say we are cousin-brothers. We have a great relationship, but some things we disagree on - things during matches and that’s absolutely normal. We know these situations will happen because it’s very intense and nervous when we’re competing, so we try to deal with them in the best possible way and even use them as fuel to push us forward.”
Marco on what it takes to be successful in beach volleyball
“You need to be motivated to work every day and to surround yourself with a great team. As an athlete, you need to be really confident in yourself, in your team and in the work you do every day. You need to set long-term goals that challenge you and that is what will keep you focused along the way.”
Esteban on dreaming of what they have accomplished
“From the first day we started this journey, I dreamed big. I wanted to be at the Olympics and to play the best in the world. Right from the beginning, that was a motivation for us to work hard and fight for it to happen.”
Marco on the importance of the mental strength
“The mental side is vital in sports. Every team in the world now is strong physically and technically, so most of the times the difference between winning or losing a match in in your mind. We’ve been focusing on it for the last two years and we noticed a huge improvement. Our minds need to be strong so we can deal with every situation and every challenge we’re presented when competing - and to cope with pressure.”
Esteban on their main dream
“Our major dream is to win an Olympic gold medal. That’s every athlete’s dream actually, it’s the highest we can achieve.”
Marco on their goal as a team
“We work every day thinking about being the number one team in the world. I think what we still need to accomplish that is to refine some of the details of our game. We know we have a great team and massive support and that we can get there. We’re working for it and we hope that someday it happens.” 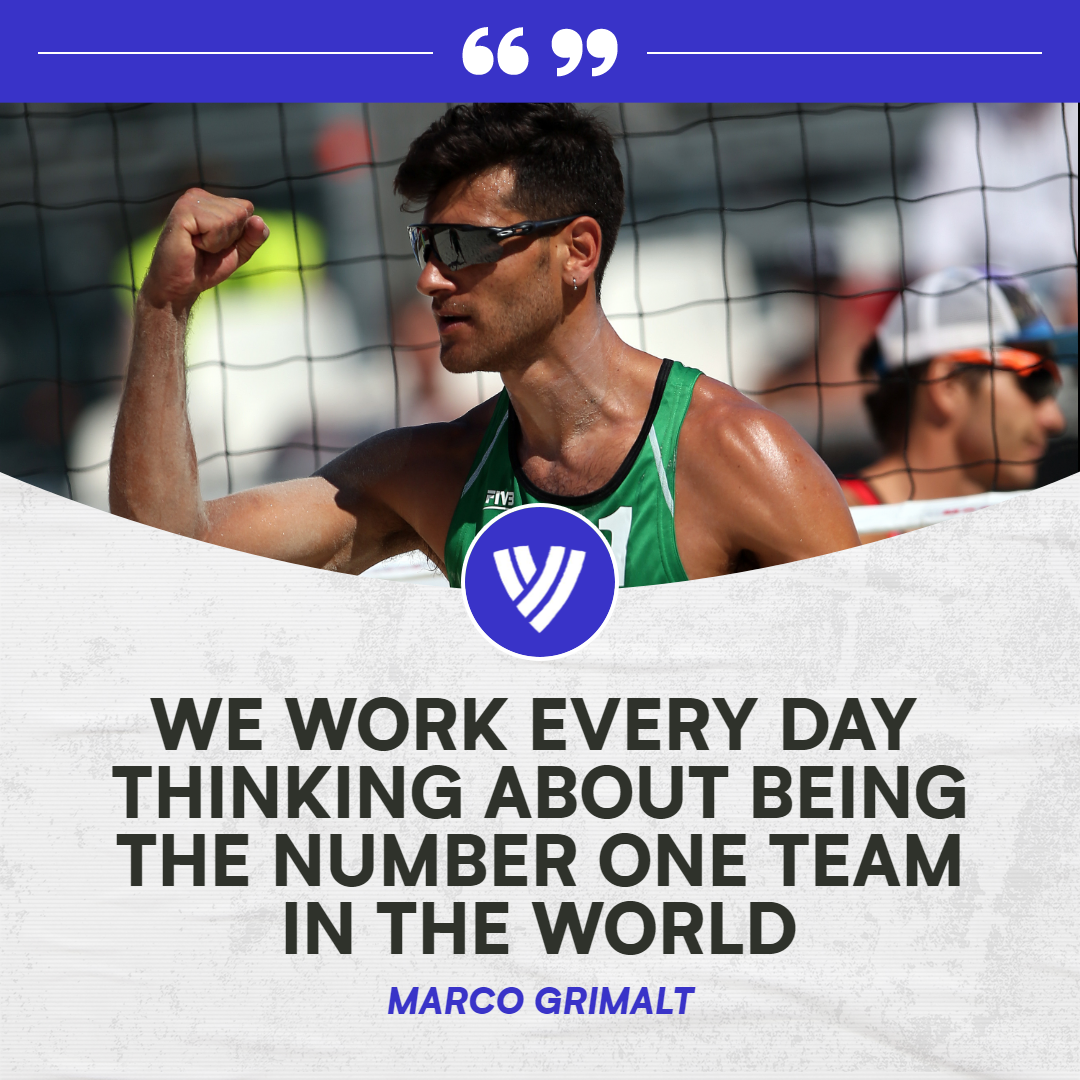 Esteban on how beach volleyball influenced his life
“Beach volleyball changed the way I see life. It brought me more determination and taught me that you always need to set ambitious goals so your trajectory to accomplish them makes you grow. I learned that I’d fall a lot of times along the way, but that it was up to me and only me to have the strength to step up and continue moving forward. Win or lose, always give your best because that is the only way to accomplish your goals.”
Marco on their favourite World Tour opponents
“We have a great relationship with every team in the World Tour, but we’re particularly close to the Spanish, so it’s always fun to play them. Pablo (Herrera) is an Olympic medallist and Adrian (Gavira) is a fantastic player too. They’ve been getting great results for several years and are a top five team in the world in my opinion. Every time we play them it goes to three sets. It’s always very tough and both teams have great energy and leave everything on the court and that makes our matchups always special.”
Esteban on the growth of beach volleyball in Chile
“The most important step for Chile to continue growing is to create a development system. Beach volleyball is relatively new in our country. In the 90s Chile had some good teams, but those were formed by volleyball players who spent the summer playing in the sand. Now we have a path for anyone who wants to be a full-time beach player and the sport is no longer perceived as just a summer sport. We have a huge coast here and the weather allows us to play all year, so there’s a lot of potential.”
Read more:
Team of the Week: Marco and Esteban Grimalt
Quick links:
FIVB Beach Volleyball World Tour
Facebook
Twitter
Instagram
Youtube
This website uses cookies to ensure you get the best experience on our website. For more information please read our Cookies Policy.
Ok