Mari and Paula Pequeno are learning their beach lessons 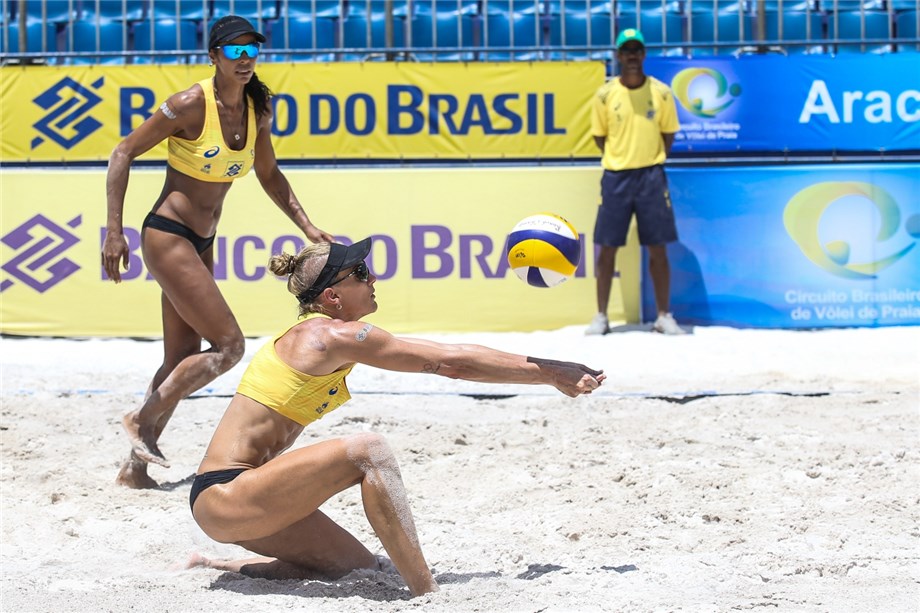 Aracaju, Brazil, March 14, 2020 – Starting in a new sport can be tough even for athletes with the highest level of success. Brazilian volleyball stars Mari Steinbrecher and Paula Pequeno experienced the feeling last weekend, when they made their beach volleyball debut in an event of the country’s national tour in Aracaju.
The debut of the 2008 Beijing Olympic champions was the highlight of the tournament and the streaming of the two matches they played on Friday set new audience records for the Brazilian Federation social media channels.
Despite all the excitement, however, the Olympic champions exited the tournament at the end of the first day with straight-set defeats to tour leaders Rebecca Cavalcanti and Ana Patrícia Ramos and veterans Vivian Cunha and Jessica ‘India’ Santiago.
“The first match was terrifying,” Mari said, laughing. “I mean, they are the number three team in the world ranking and to put it in perspective I think that’s what would happen if our 2008 Olympic champion team played a youth squad. We felt we didn’t play as well as we were in training, but it’s all part of the process and we're happy we managed to take the first step forward. The more we play the better we’ll play and I’m confident we can get good at it.” 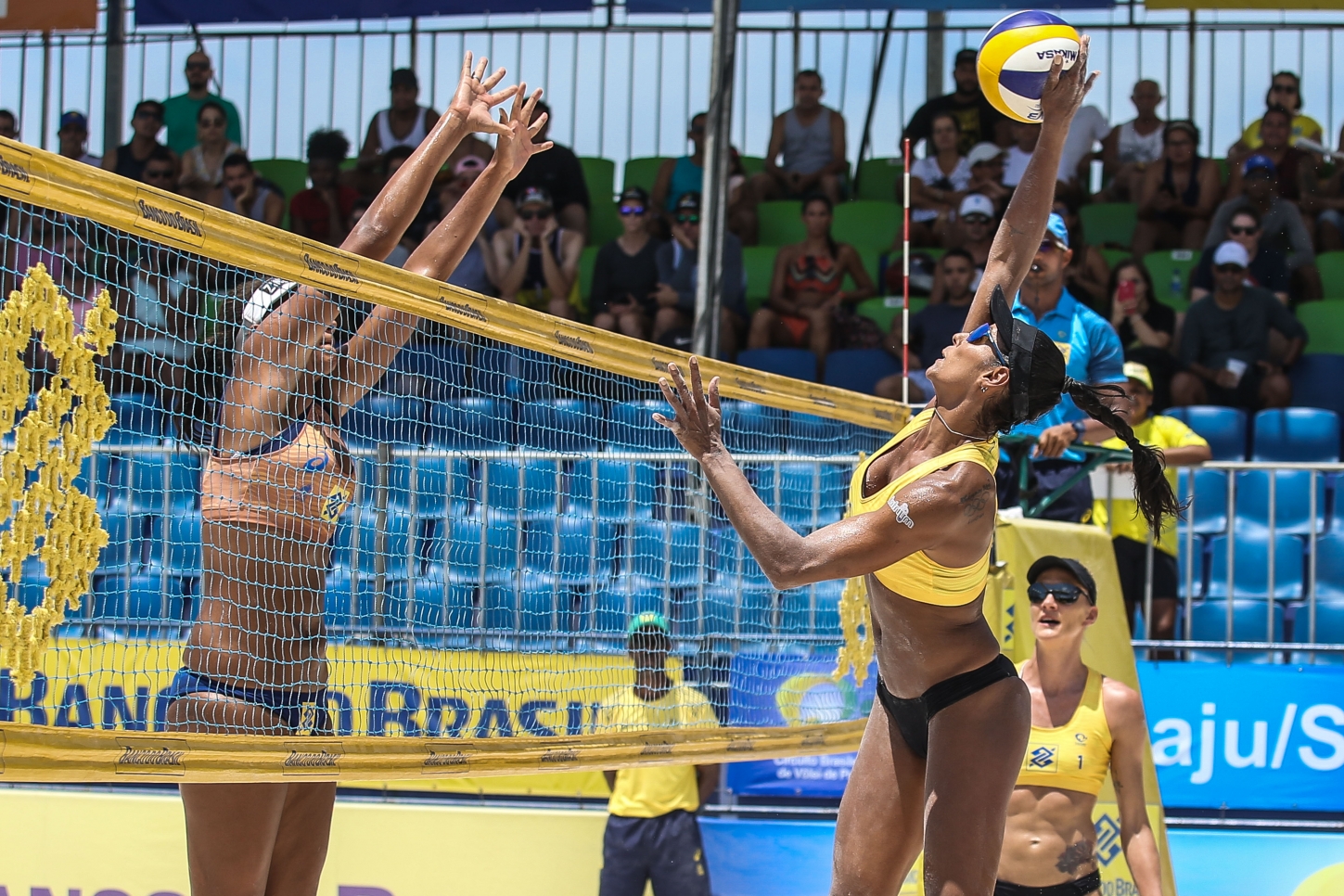 Paula battles with Ana Patrícia at the net during the event in Aracaju
The setbacks, weren’t totally unexpected for the former outside hitters. After training in the sand for less than six months, the 37-year-old Mari and the 38-year-old Paula are very aware they will need to be patient to achieve at least a portion of the success they had in their volleyball careers.
While Paula was playing in her first-ever beach tournament, Mari had already competed in a Brazilian Tour stop last year with Duda Lisboa in 2019. The atmosphere at the event enchanted the London 2012 Olympic champion.
“I haven’t felt that excited in a while and for us to have these feelings at this point in our careers, it says a lot about how much we love the sport,” Paula added. “I felt like a baby who’s learning how to walk. Losing is always tough, but all I wanted was to get back on the court and play some more. We have a lot of respect for these players, they’ve been doing it for so long and hopefully we can keep learning from them and get to their level soon.”
Competing on the FIVB World Tour is the ultimate goal for the Brazilians, but they know it might not happen so quickly. Mari and Paula had their first contact with the international elite last month, when they went to a training camp in Rio de Janeiro and got to practice with Italians Marta Menegatti and Viktoria Orsi Toth and the Austrian national team. They hope to meet these and other opponents around the world in the future.
“The World Tour is definitely where we want to play, but it’s hard to tell when it could happen,” Mari reflected. “Not only we still have a long way to go technically and tactically, but we’re also in the process of finding partners which could help it to happen. For us to be able to start our journeys in a strong tour like the Brazilian one is a privilege and we really want to focus on each step of the way.”
Mari and Paula’s next appearance on the Brazilian Tour will be from April 2-5, in the seventh and final stop of the 2019-2020 season.
More beach volleyball from Brazil:
Andre and George secure 2019-2020 Brazilian Tour title
Larissa announces comeback to partner with wife Lili
Agatha/Duda and Evandro/Bruno claim first 2020 golds
Rebecca/Ana Patricia and André/George victorious on Brazilian Tour
Quick links:
FIVB Beach Volleyball World Tour
Facebook
Twitter
Instagram