Taubate, Brazil, May 19, 2020 – EMS Taubate Funvic will look a lot like Brazil’s national team when the 2020-2021 Superliga season starts as the reigning Brazilian Supercup winners now have five members of the Rio 2016 Olympic champion squad in their roster following the addition of outside hitter Mauricio Borges.

Taubate, Brazil, May 19, 2020 – EMS Taubate Funvic will look a lot like Brazil’s national team when the 2020-2021 Superliga season starts as the reigning Brazilian Supercup winners now have five members of the Rio 2016 Olympic champion squad in their roster following the addition of outside hitter Mauricio Borges.
The 31-year-old spiker will join recently-signed setter Bruno Rezende, fellow outside hitter Douglas Souza and middle blockers Lucas Saatkamp and Mauricio Souza, who took gold at the Maracanazinho four years ago.
The team from the Sao Paulo state also has other former and present members of the Brazilian national team in its squad, including setter Raphael Oliveira, opposite Felipe Roque and libero Thales Ross. Brazil’s Renan Dal Zotto recently left his head coach position with the team, and was replaced by Argentinean Javier Weber, but will remain working with the club in a consulting capacity.
“I’m sure it will be very easy to adapt with the team as I’ve already played with several of my teammates in the national team,” Mauricio said. “We need to take advantage of it and become the best team we can. Joining a team that has the ambition of winning every tournament it competes at is very exciting and I hope we can start with the Superliga and the South American Championship next season.” 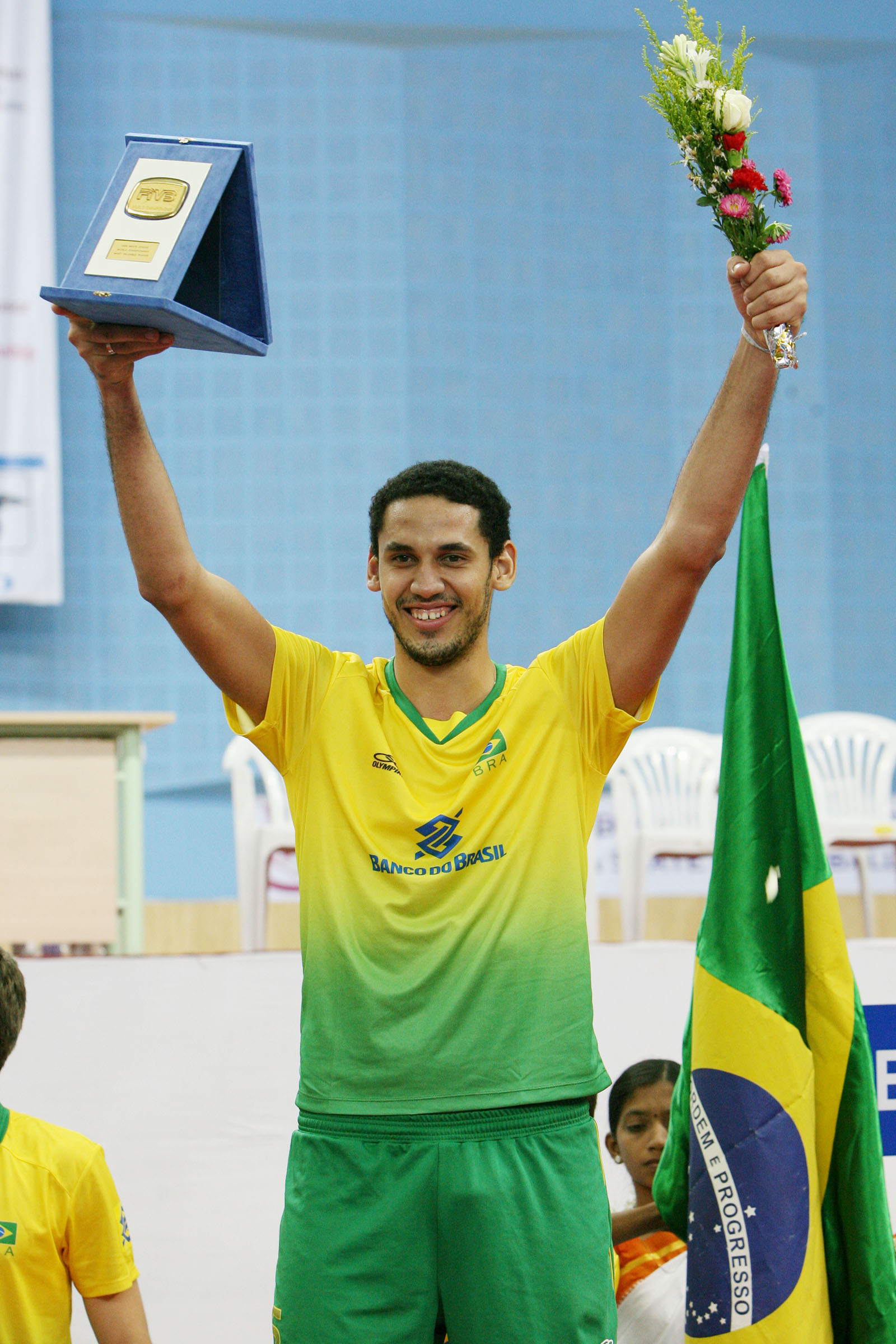 Mauricio was the Most Valuable Player of the 2019 FIVB U21 World Championship
The outside hitter helped Brazil win the 2019 FIVB U21 World Championship, when he was elected the Most Valuable Player of the tournament. He’s been part of the country’s senior national team since 2010 and won the 2010 FIVB Volleyball World League, the 2013 and 2017 FIVB Volleyball World Grand Champions Cups, the 2019 FIVB Volleyball World Cup, the 2011 Pan-American Games and a silver medal at the 2018 FIVB Volleyball Men's World Championships.
Mauricio’s addition is part of Taubate’s plan to compensate the departure of Rio 2016 Olympic champion outside hitters Ricardo Lucarelli and Lipe Fonteles, who both left the club. The team also lost opposites Leandro Vissotto and Mohammed Al Hachdadi in the current transfer window.
Mauricio joins Taubate from Sesc-RJ after the Rio de Janeiro side ceased operations at the conclusion of last season. Some other national team players who were part of the roster were also looking for new clubs, including star opposite Wallace de Souza, who has been linked with Turkey’s Spor Toto, and middle blocker Flavio Gualberto, who was announced by Poland’s Aluron Virtu CMC Zawiercie.
More volleyball from Brazil:
Rio 2016 MVP Serginho ends glorious career
Gabi: "My big dream is an Olympic medal"
Alan picks Poland, USA and Russia as Brazil's top opponents
Player of the Week: Gabi Guimaraes
Dani Lins targets national team return
Bruno returns home to play for Taubate
Same goal but new plan for Brazil
Weber departs from Club Bolivar to coach Taubate
Quick links:
FIVB.com - Volleyball
Facebook
Twitter
Instagram
Youtube
This website uses cookies to ensure you get the best experience on our website. For more information please read our Cookies Policy.
Ok