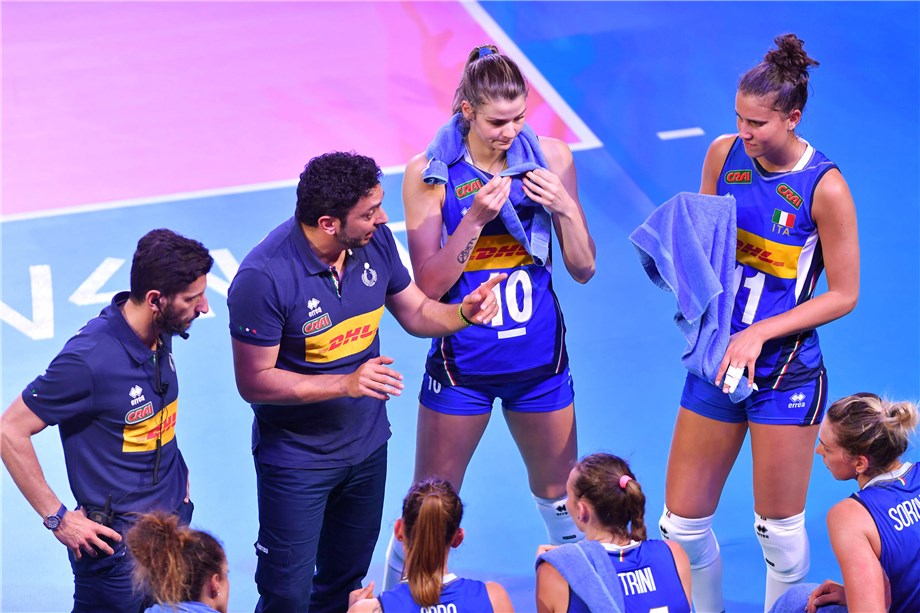 Lausanne, Switzerland, February 11, 2020 – Davide Mazzanti is hoping that being placed in a tough pool at the Olympic Games Tokyo 2020 will set his Italy side up to find their stride in time for the quarterfinals.
Italy have been placed in Pool B and will face Rio de Janeiro 2016 Olympic champions China, who also won bronze at the Japan 2018 FIVB Volleyball World Championship and the 2018 and 2019 FIVB Volleyball Nations League.
They also take on Rio 2016 bronze medallists USA, who won the VNL in 2018 and 2019, and Turkey who won silver at the 2018 VNL and 2019 CEV European Championship. Russia and Argentina complete the six-team pool.
“In London 2012 we had a group that looked much easier than the one we have here and while we reached the quarterfinals, we hadn’t really built any rhythm with our play,” Mazzanti told the Rai Radio 1 Sport show. “You want the pool matches to prepare you as best they can for the quarterfinals and for the team to find its rhythm.
“In truth we would have liked one or two easier matches to get us into the tournament rather all these massive matches we face.”
Mazzanti has guided Italy to a run of success since he took over as Italy coach in 2017.
Their best achievement was winning silver at Japan 2018, and the Azzurre also won bronze at the 2019 European Championship.
His appointment came a year after Italy failed to progress from their Rio 2016 pool after winning one match and losing four.
“We want the players to take responsibility as soon as possible,” he said “The final team choice is up in the air and we will have to see what happens on the court.
“We want to leave the players to decide how they want the team to play.”