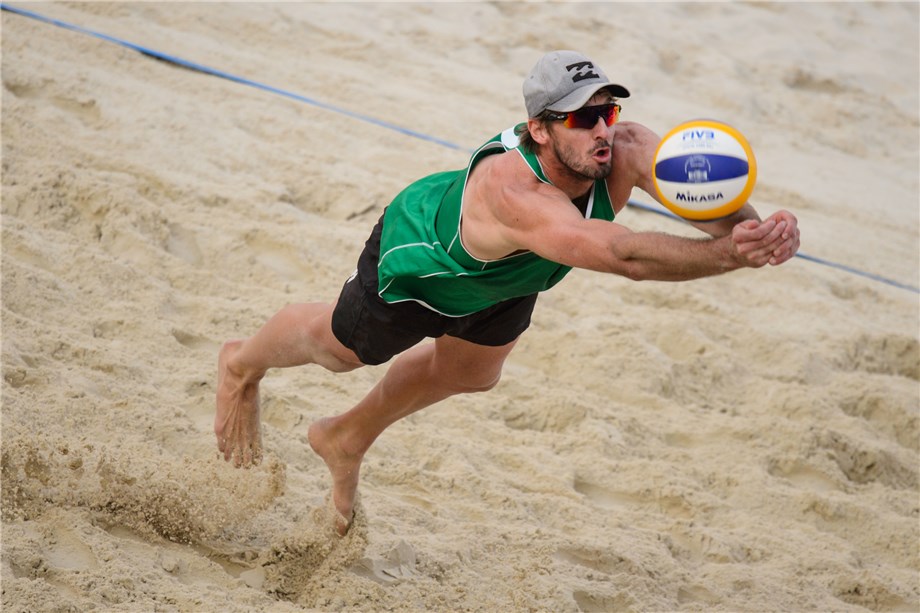 Stretching for the Mikasa is Australian veteran Christopher McHugh