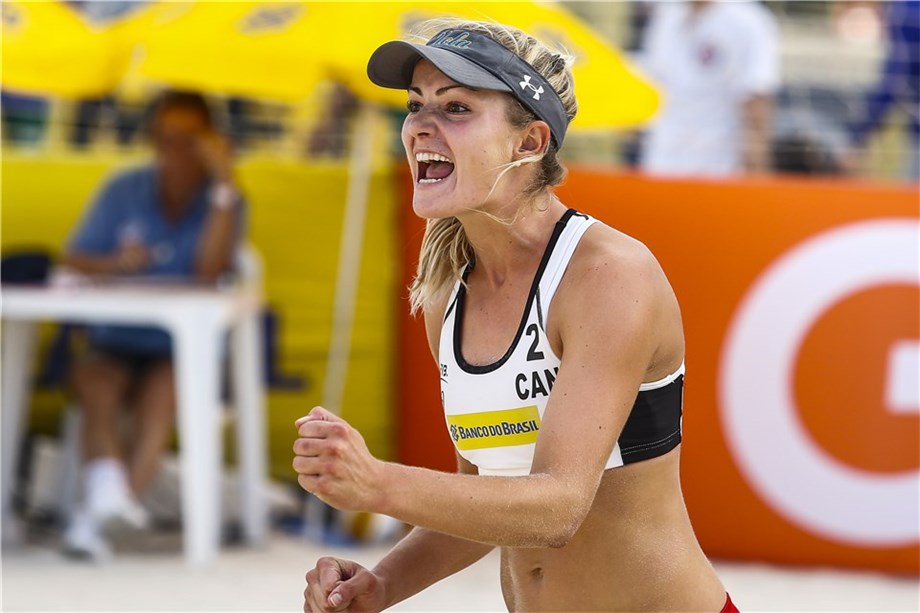 Itapema, Brazil, May 16, 2019 – Nicole and Megan McNamara left a great first impression among the beach volleyball elite as the Canadian twins collected a pair of victories on Thursday to top Pool H of the FIVB Beach Volleyball World Tour Itapema Open, the first four-star event in which they have played in a main draw.
The 21-year-old Canadians, who are fresh from ending their college careers in the United States with two national titles for the UCLA, first took down reigning European champions Madelein Meppelink and Sanne Keizer of the Netherlands in three sets 2-1 (21-14, 13-21, 15-13).
Quick links - Beach volleyball:
FIVB Beach Volleyball World Tour - Itapema
FIVB.com - Beach volleyball
Facebook
Twitter
Instagram
In the second match, the duo who claimed a silver medal at the 2014 Youth Olympics and bronze at U-19 and U-21 World Championships in 2014 and 2016, came out on top in a close contest with the new German team of Chantal Laboureur and Sandra Ittlinger with a 2-0 (21-18, 24-22) victory.
The results placed the Canadians directly in the Round of 16 of the tournament at the Brazilian coastal city.
“It means so much for us,” Megan explained. “This is our first main draw in a four-star and we came as the wild card, so we had great expectations. What we kept saying today was to be fearless in all aspects of our game. Serving is a big part of our game as we don’t have a big block and the wind helped us.”
Rebecca and Ana Patricia keep rolling 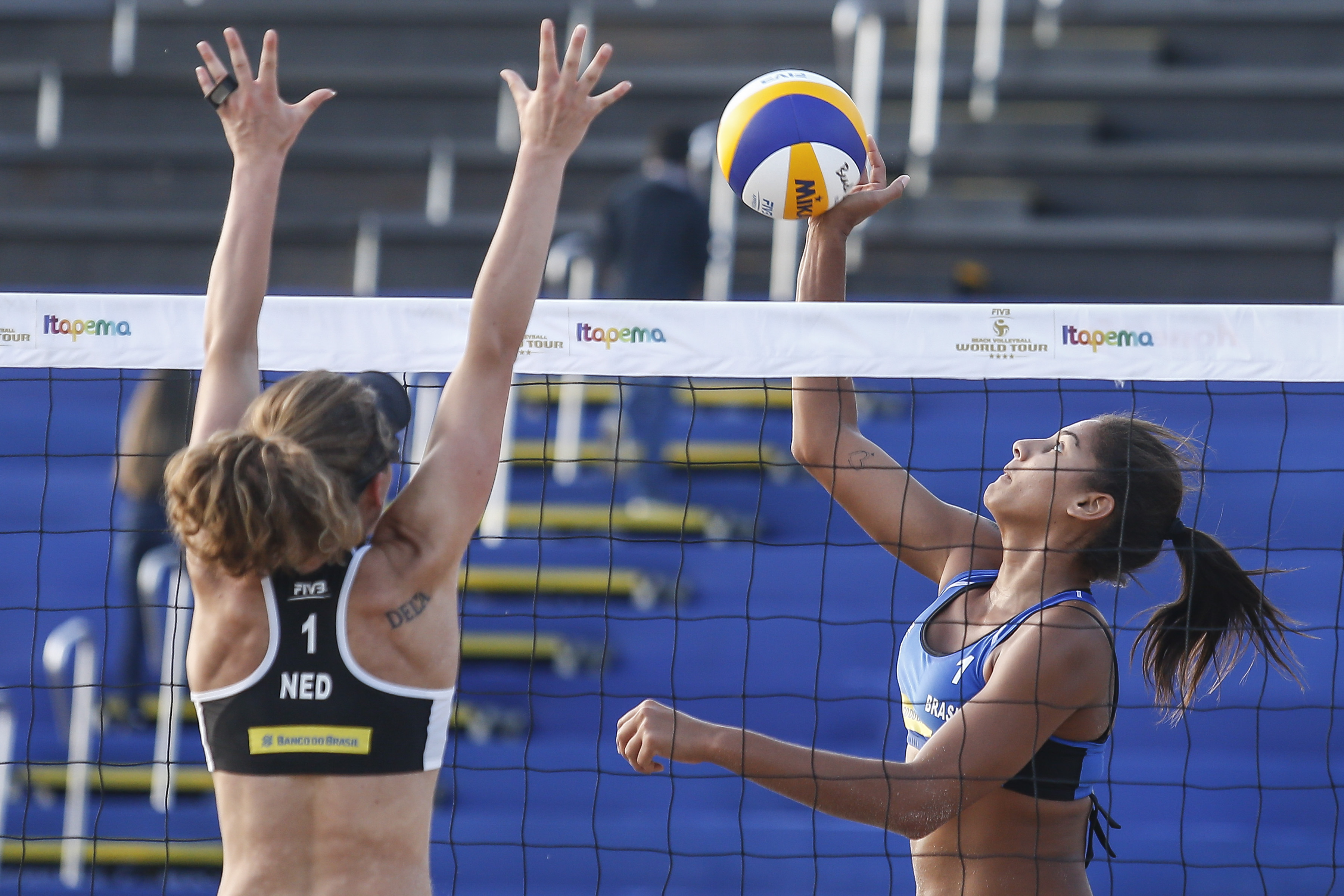 Ana Patricia and Rebecca defeated a pair of European teams in Itapema
Brazilians Rebecca Cavalcanti and Ana Patricia Silva took advantage of home court advantage to continue their impressive World Tour form. The duo, who lead the Olympic rankings, ended the first day of the main draw in Itapema with a pair of victories, which extended their unbeaten international run to 16 matches – dropping just two sets on the way.
The team won the last two events they played at, in the Hague and Xiamen, and started its main draw campaign at the Meia Praia with a 2-0 (21-17, 21-13) victory over the Netherlands’ Laura Bloem and Jolien Sinnema.
Later they clinched the top spot of Pool C with a three-set 2-1 (21-18, 24-26, 15-11) triumph over Swtizerland’s Nina Betschart and Tanja Huberli.
“We got in trouble a little bit with the Swiss serving in the second game, but it was a very positive day in the end,” Ana Patricia said. “We’re focused and all we want is to keep going. We try not to think too much about the streak, we are very aware this is only happening because of our hard work and we’re trying to keep it game after game.”
Besides the Canadians and the Brazilians, USA’s Kerri Walsh Jennings/Brooke Sweat and Summer Ross/Sara Hughes, Brazil’s Carol Salgado/Maria Elisa Antonelli and Agatha Bednarczuk/Duda Lisboa, Canada’s Heather Bansley/Brandie Wilkerson and the Netherlands’ Marleen van Iersel/Joy Stubbe all topped their pools and advanced directly to the Round of 16, which will be played on Friday afternoon.
Canada’s Sarah Pavan/Melissa Humana-Paredes, Switzerland’s Nina Betschart/Tanja Huberli, Slovakia’s Natalia Dubovcova/Andrea Strbova, USA’s April Ross/Alix Klineman and Kelley Larsen/Emily Stockman, Germany’s Victoria Bieneck/Isabel Schneider and Chantal Laboureur/Sandra Ittlinger and Brazil’s Talita Antunes/Taiana Lima all won their first match and lost their second, securing a spot in the Round of 24.
The remaining 16 teams lost their Itapema openers and will complete pool play with a win-or-go-home match on Friday morning. The winners will move on to the Round of 24, which will be played in the early afternoon.