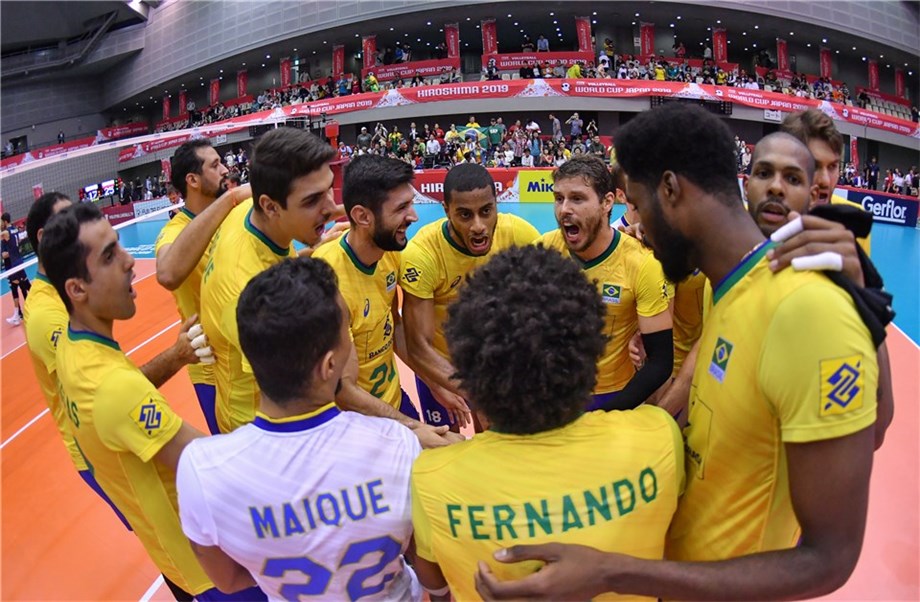 Hiroshima, Japan, October 10, 2019 – Brazil firmed up their bid for the 2019 FIVB Volleyball Men’s World Cup after defeating USA 3-0 (25-23, 25-22, 25-17) on Thursday evening at the Hiroshima Green Arena.
With their seventh straight victory, the Brazilians remain on top of the rankings table. Poland rise to the second spot, placing USA in third.

In Thursday’s main event in Site B, reigning Olympic champions Brazil and defending World Cup champions USA kept a close match, serving up a classic clash of volleyball titans.
Brazil continued to rely on their prowess from the service line, which the USA eagerly matched.
USA setter Micah Christenson delivered a brilliant orchestration of plays, distributing balls to main hitters Matt Anderson and Aaron Russell. The Americans showed resilience in their system, converting from good combinations and transition plays.
Bruno Rezende likewise ran Brazil’s plays with agility and power. Their offence relied on Alan Souza, Yoandy Leal and Ricardo Lucarelli. What ultimately defined Brazil’s victory was their persistence in defence. As they knew USA play well in transition, the Brazilians firmed up their block formation and relied on good cover on the second line.
Coach Renan Dal Zotto said “I think we need to have a mindset of improvement. We should always want our game to go up. I think the best way is to keep our good rhythm day after day and we need to respond to different situations with a lot of flexibility. In matches we should try to score one point at a time. Everybody should be ready, whether he is a starter or a substitute. Today, in our attacks, when Bruno sets the ball, four attackers are ready to participate. Each player executed their actions to score. They showed their willingness and their passion to score. I think that shows one great characteristic of Brazil.” 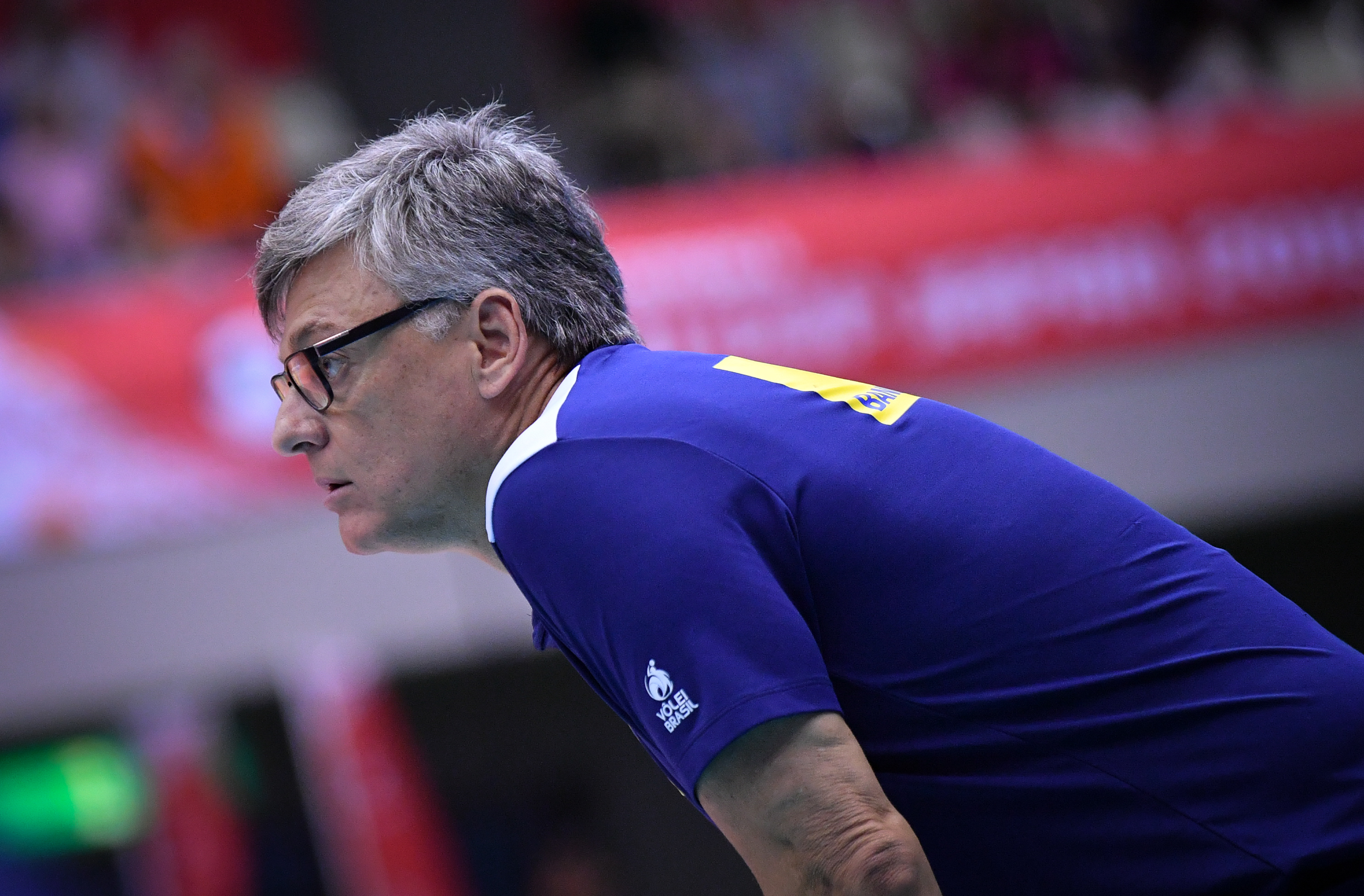 Building Brazil: Coach Renan Dal Zotto says his players have the willingness and passion to score

The current world champions overtook USA to place second in the ranking after a 3-0 defeat (25-19, 25-18, 25-16) of Egypt in Site A’s first match. Arthur Szalpuk topped all scorers with 15 points.
Outside hitter Michal Kubiak, who returned to the team in the second round, contributed leadership and motivated Poland’s second unit in Thursday’s win.
“There is a book called ‘Captain’s Class’ written by Sam Walker, and it gives seven qualities of a captain. You will find that Kubiak has a lot of them. He is a really good captain, in giving the example - not by talking, he doesn’t talk too much. I talk too much - he leads by example. And that’s why we need him always to show how to behave, how to play, how to train, how to be professional. That’s the importance of Kubiak,” said Poland coach Vital Heynen.

Hosts Japan retained their spot in fourth place, after defeating Russia 3-1 (25-22, 21-25, 25-22, 25-16) in Site A’s main event.
Japan utilised their quickness on the court to set up an effective attack against their taller Russian counterparts. While the Russians played better in net defence, the Japanese were able to execute well from the service line, earning crucial points that helped them with their match win. This included the last few points that sealed their match victory.
Yuji Nishida went on an unstoppable run in attack as he battled the tough Russian block. The high-flying opposite was able to find the seams on the European side, which allowed the Asian squad to gain some momentum and eventually a huge lead in the fourth set. Nishida fired five aces.
Tatsuya Fukuzawa, who delivered eight points off the bench shared his comments after Thursday’s win.
“We faced a big problem on the block because Russia had big guys on the court. In the first and second sets, we were a little bit unsure how to handle their block, but we tried to adjust our tactic. Fortunately, we were able to manage it and had good side-out, so I think this is the key to our win today,” he said.

Argentina improved to a 3-4 card after a straight-sets win 3-0 (25-16, 25-22, 25-20) against Canada in Site B’s first match of the day.
Setter Matias Sanchez provided good ball distribution which made for Argentina’s spread-out offence. Their rhythm peaked to show more success in attacks. The Argentines also utilised good service that gave Canada difficulty in setting up their plays.
Bruno Lima led the Argentine scorers with 14 points, but three other players connected in double-digits: Jan Martinez Franchi (13 points), Agustin Loser (11 points) and Ezequiel Palacios (11 points).

Iran captured their third win in the competition, after a 3-0 (26-24, 25-17, 25-22) victory against Tunisia in Site B’s second match.
The Asian side played effectively in their block-defence as a means to limit Tunisia’s main hitter. Aliasghar Mojarad scored off the most number of blocks (6 points) but every other player on the floor was able connect on deflections.

Yali shared his comments to the media during a press conference at the Green Arena. 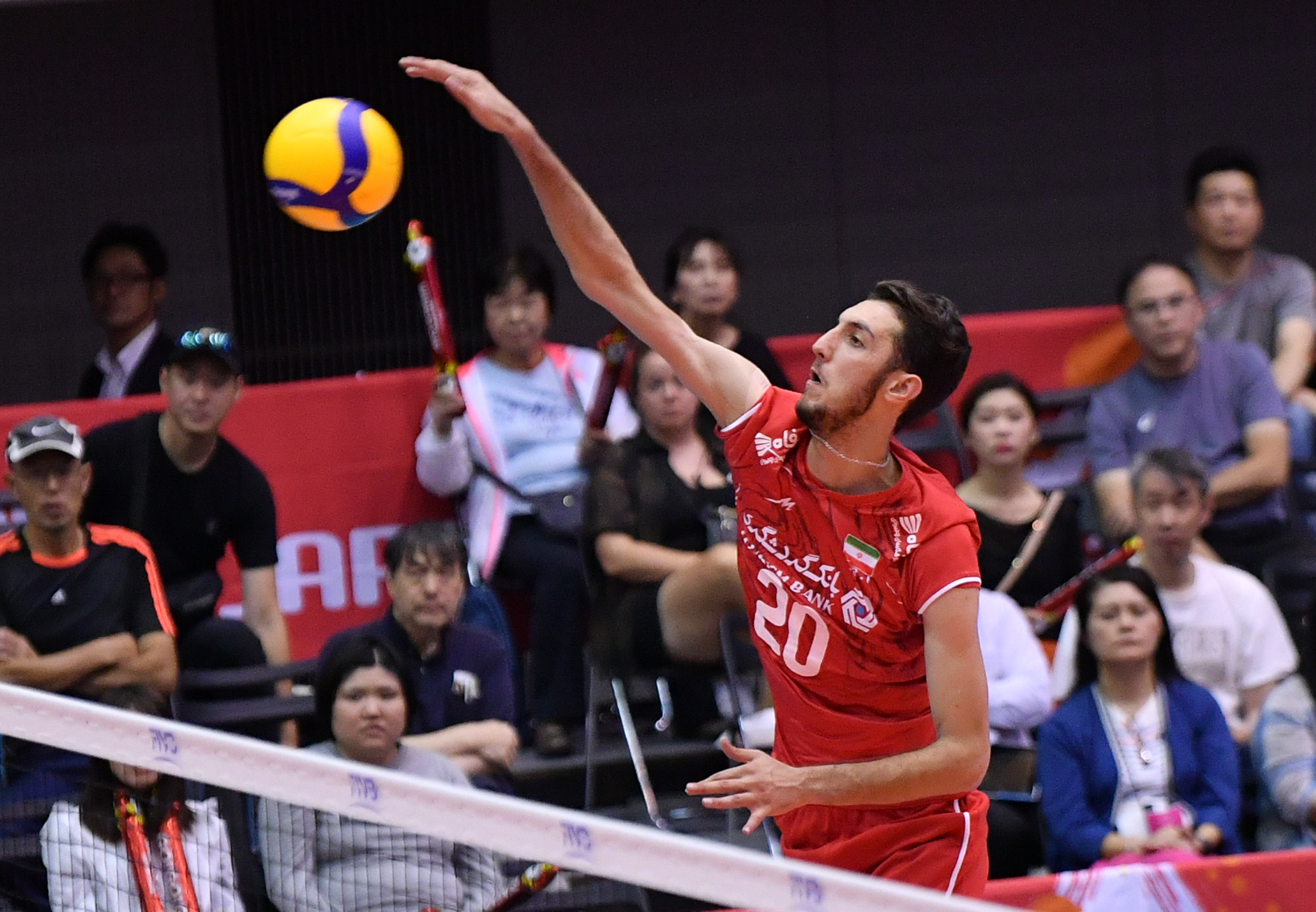 “We have just come from the youth teams, Amirhossein Esfandiar, our libero Hazratpour (Mohammadreza Hazratpourtalatappeh) and myself. I’m so happy that the coach has placed his trust in me. I hope we can win each match that we can. I’m just so happy that I am able to compete in a tournament such as the World Cup,” said Yali.
Iran coach Igor Kolakovic added: “After football, volleyball is probably the most popular sport in Iran. They have good programmes and good coaches. They’ve had great success in the youth and junior categories and they have a big future in the senior teams.”
Italy 3 - 0 Australia
Gabriele Nelli scored 20 points to help Italy win in straight sets  3-0 (30-28, 25-13, 25-22) against Australia in Site A’s second match. The Italians played a strong service game, tallying 11 aces in the match. 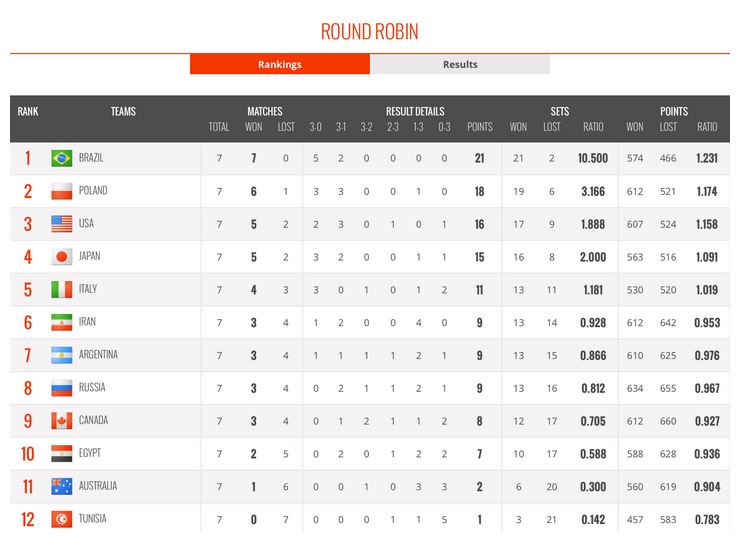 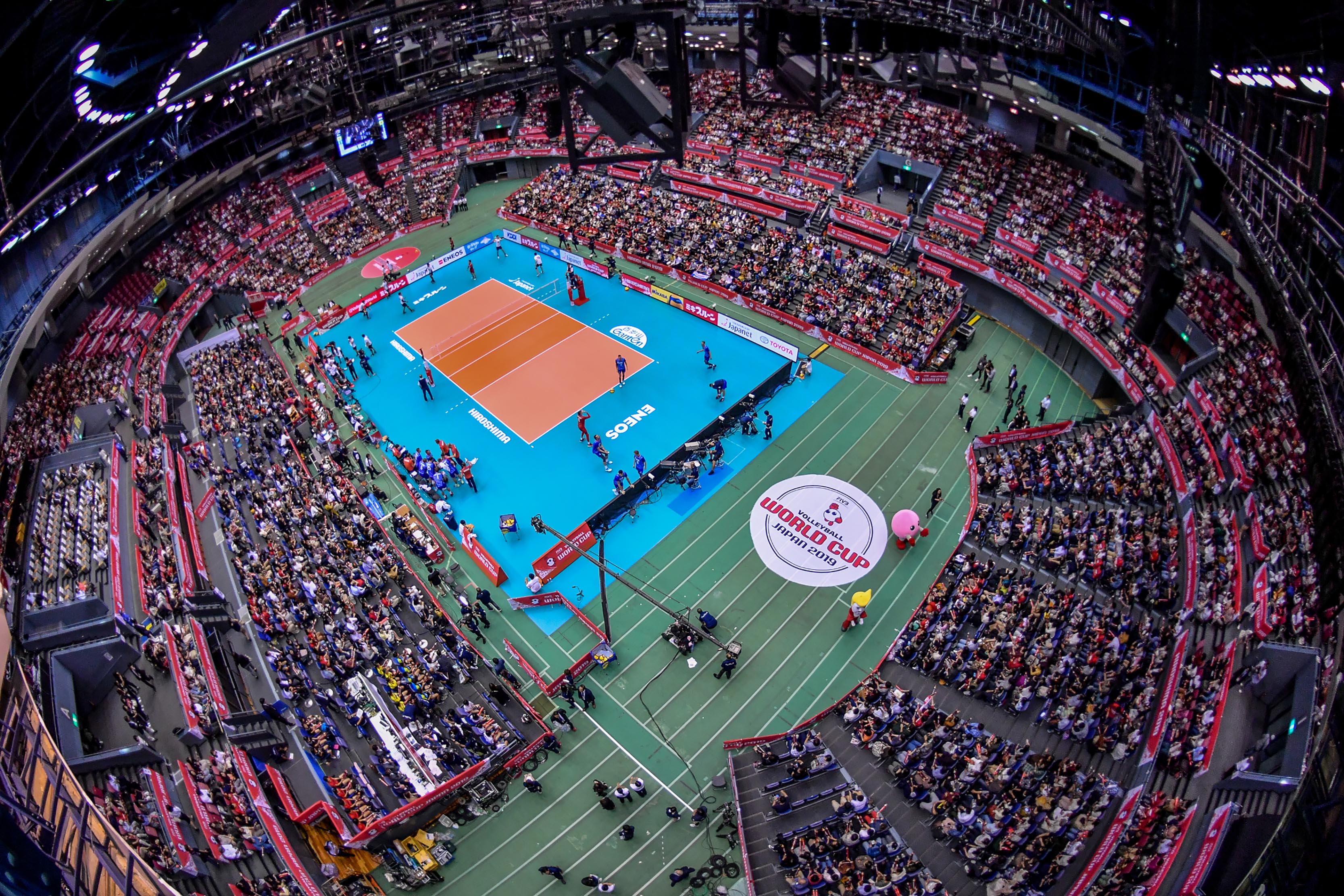