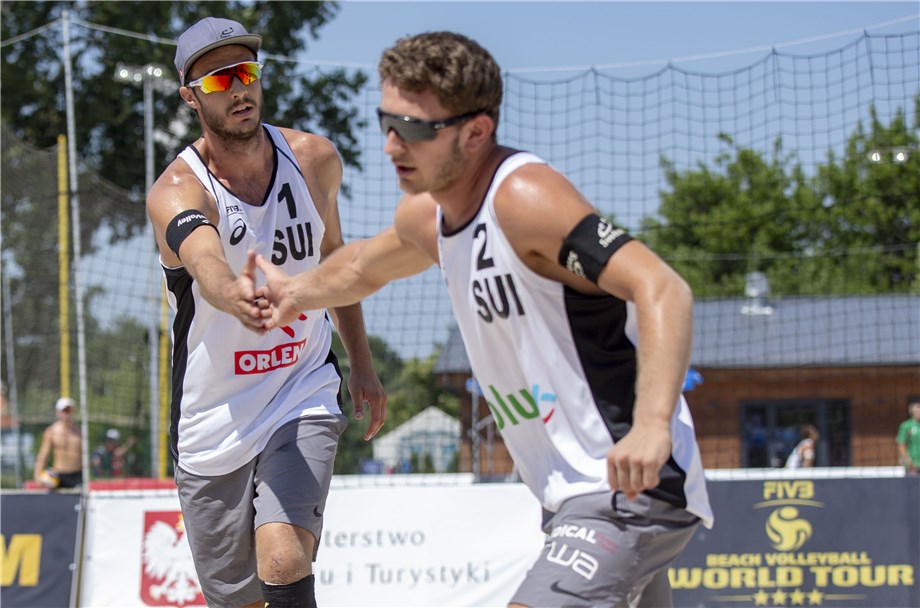 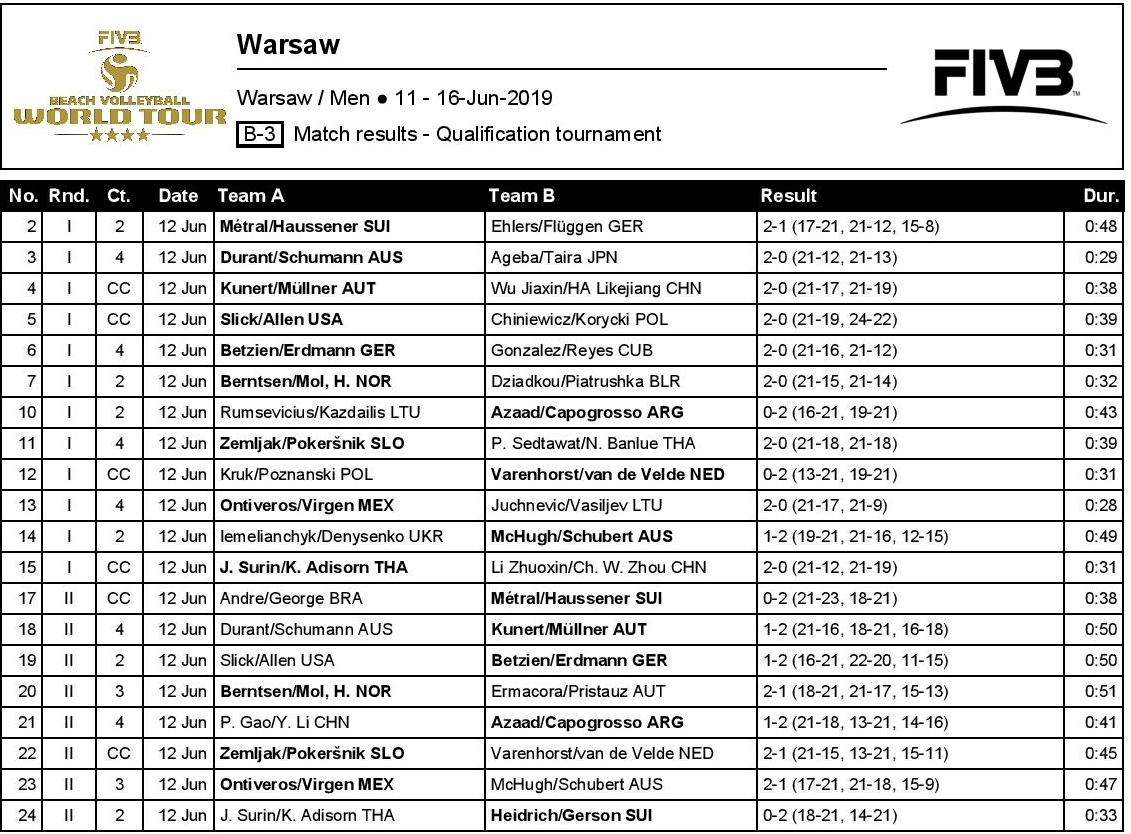 Metral & Haussener, seeded 17th in the qualification bracket, went through a tough first round match, where they had to come back from losing the first set against 16th-seeded Nils Ehlers & Lars Flueggen and pull off a 2-1 (17-21, 21-12, 15-8) victory. In the deciding round, the Swiss pair simply outplayed reigning world champion Andre and his teammate George on the way to a 2-0 (23-21, 21-18) win.
“I can’t believe it!” exclaimed an elated Quentin Metral immediately after the match. “In the second set, it was like 15-11 to them and then we just had patience, played our game and we’re just happy now. We want to be ready for the Gstaad Major at home and we want to play every game like this one.”
“Yes, I thought maybe we’d go for a decider, but then we came step by step and we knew that the tension was going to be on their side, because we had won the first set. I think that helped a lot,” Yves Haussener added. “I don’t know how, but we just won. I am just happy to be in the main draw and want to go for more...” 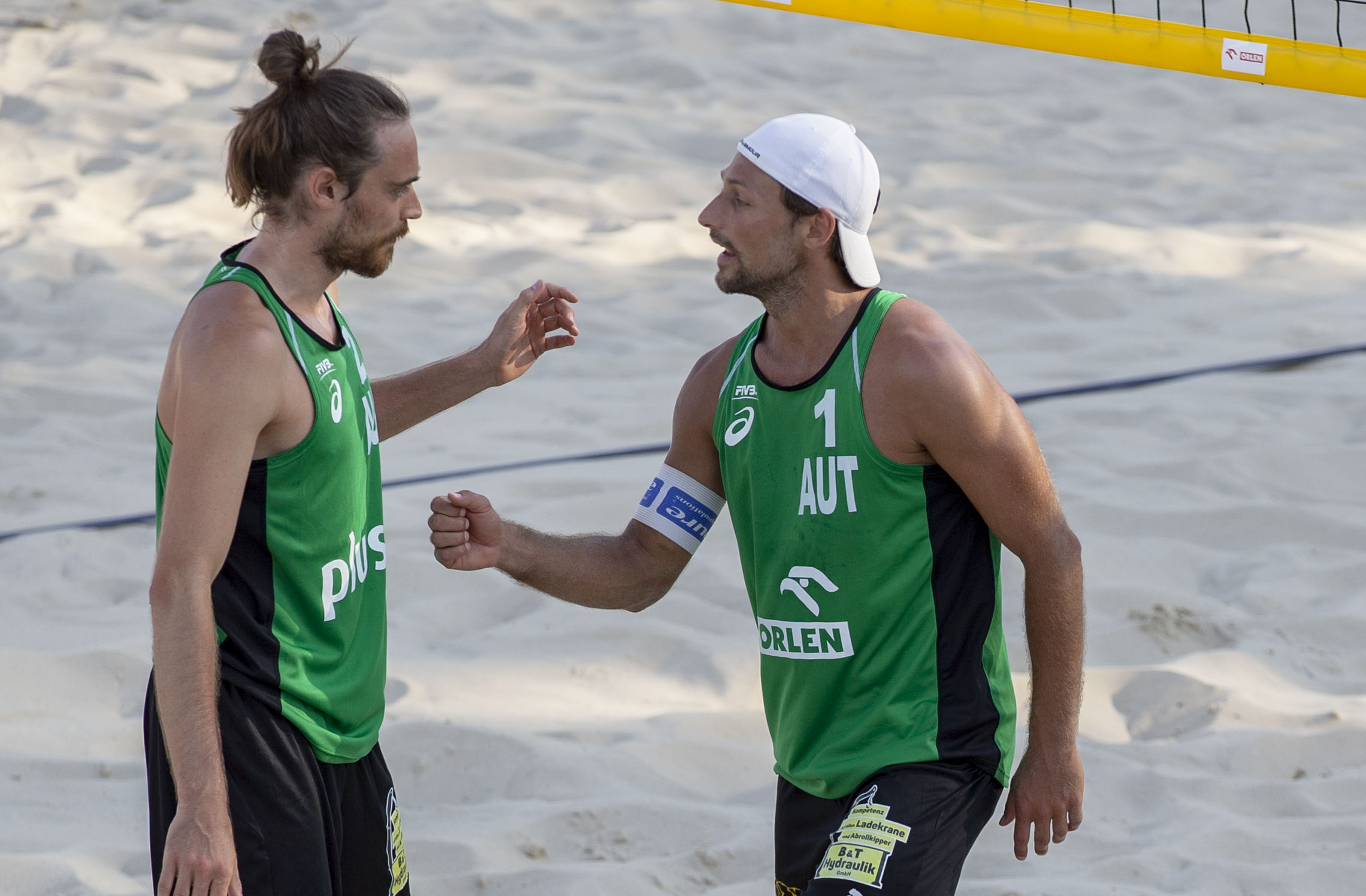