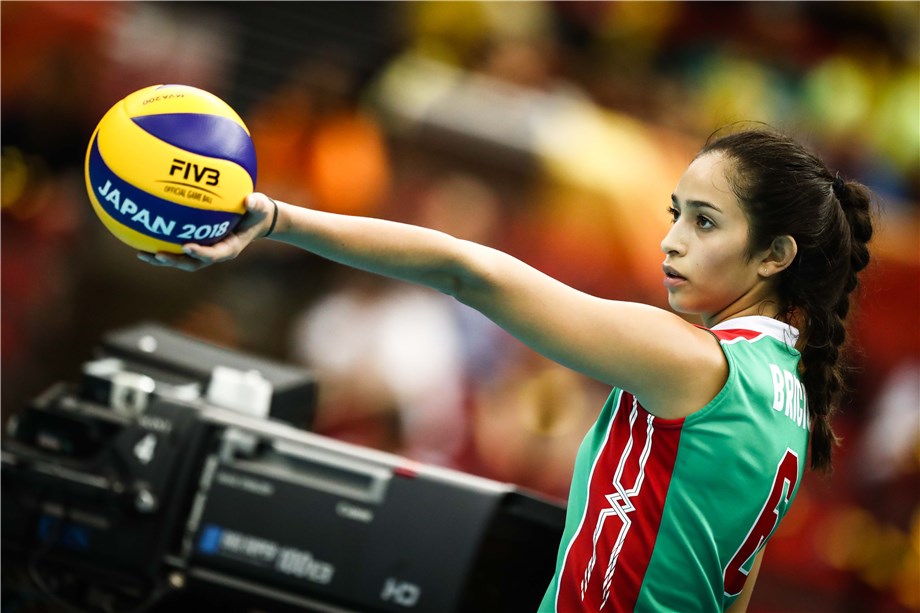 The best server of the 2018-2019 European Champions League, Bricio has been with the Mexican national team since 2010

Kazan, Russia, April 30, 2020 – Mexican outside hitter Samantha Bricio is set to play in a new league next season as the 25-year-old player has signed a contract with reigning Russian champions Dinamo Kazan.
Bricio, a product of the University of Southern California in the United States, will play for the first time in the Russian league after professional experiences in Italy and Turkey over the last four years.
“This next season I decided to take on a new opportunity and a new challenge and play for Dinamo Kazan,” she wrote on her Instagram account. “I am excited and thankful for this new adventure. Can’t wait.”
Her first international experience was in the 2016-2017 season, when she played for Italy’s Imoco Volley Conegliano, where she spent two seasons and won the Italian League, the Italian Cup and the Italian Supercup, and was named the Most Valuable Player of this tournament.
In 2018-2019, she joined Turkey’s Fenerbahçe and ended the season as the best server of the European Champions League, in which the team won the bronze medal. Last season she returned to Italy to play for Savino Del Bene Scandicci.
With Dinamo, Bricio will be reunited with friend and former teammate Samanta Fabris. The Mexican and the Croatian opposite played together in Conegliano and won titles with the Italian club.
Bricio has been a member of the Mexican national team since 2010. She joined the squad when she was just 15 and became the youngest player to ever play for her country. She was in the roster that competed at the 2018 FIVB World Championships.
Quick links:
FIVB.com - Volleyball
Facebook
Twitter
Instagram
Youtube