Mol and Sørum to make their 2020 debut in Cancun 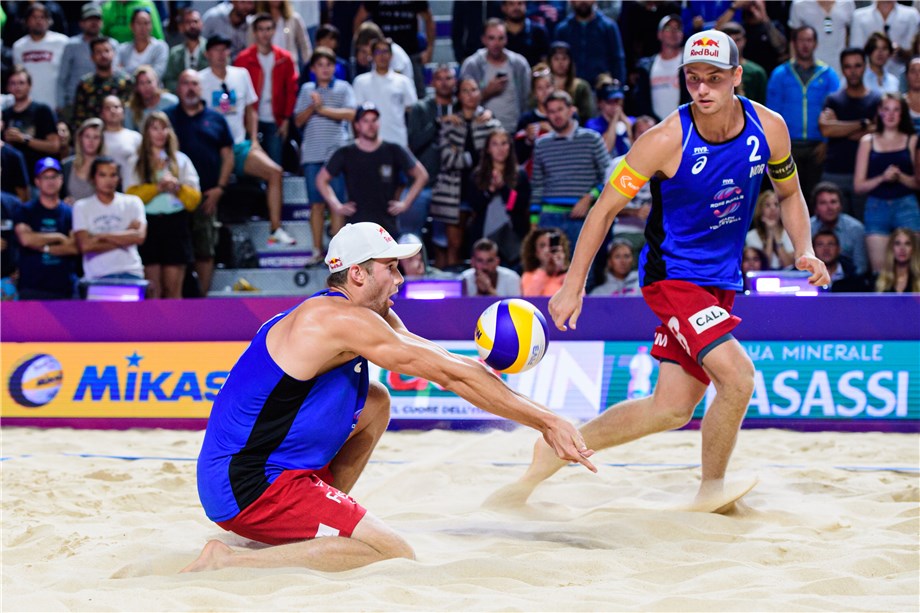 Cancun, Mexico, March 7, 2020 – International beach volleyball will return to Mexico for the second time during the 2019-2020 FIVB World Tour season from March 25-29 when the popular city of Cancun is set to host the sport’s elite for the first time.
The coastal city located in the state of Quintana Roo will become the fifth in Mexico to host a World Tour event, joining Acapulco, Puerto Vallarta, Rosarito and Chetumal, which also had a double-gender four-star tournament last November.
With the Olympic qualification process for the Tokyo 2020 Games entering its final stage, the top teams in the world will all be headed to Cancun in the last weekend of March, including top-seeded Norwegian stars Anders Mol and Christian Sørum.
Entry List - Men
The Beach Volley Vikings have dominated the international scene for the last two years by winning ten World Tour gold medals, two European titles and the bronze medal at the FIVB World Championships in 2019. After a long preseason, the Norwegians will hit the sand for the first time in 2020 in Cancun.
Russians Oleg Stoyanovskiy and Viacheslav Krasilnikov, the reigning world champions, are the second-seeded team in the Mexican tournament followed by Brazil’s Rio 2016 Olympic champion Alison Cerutti and his partner Álvaro Filho. 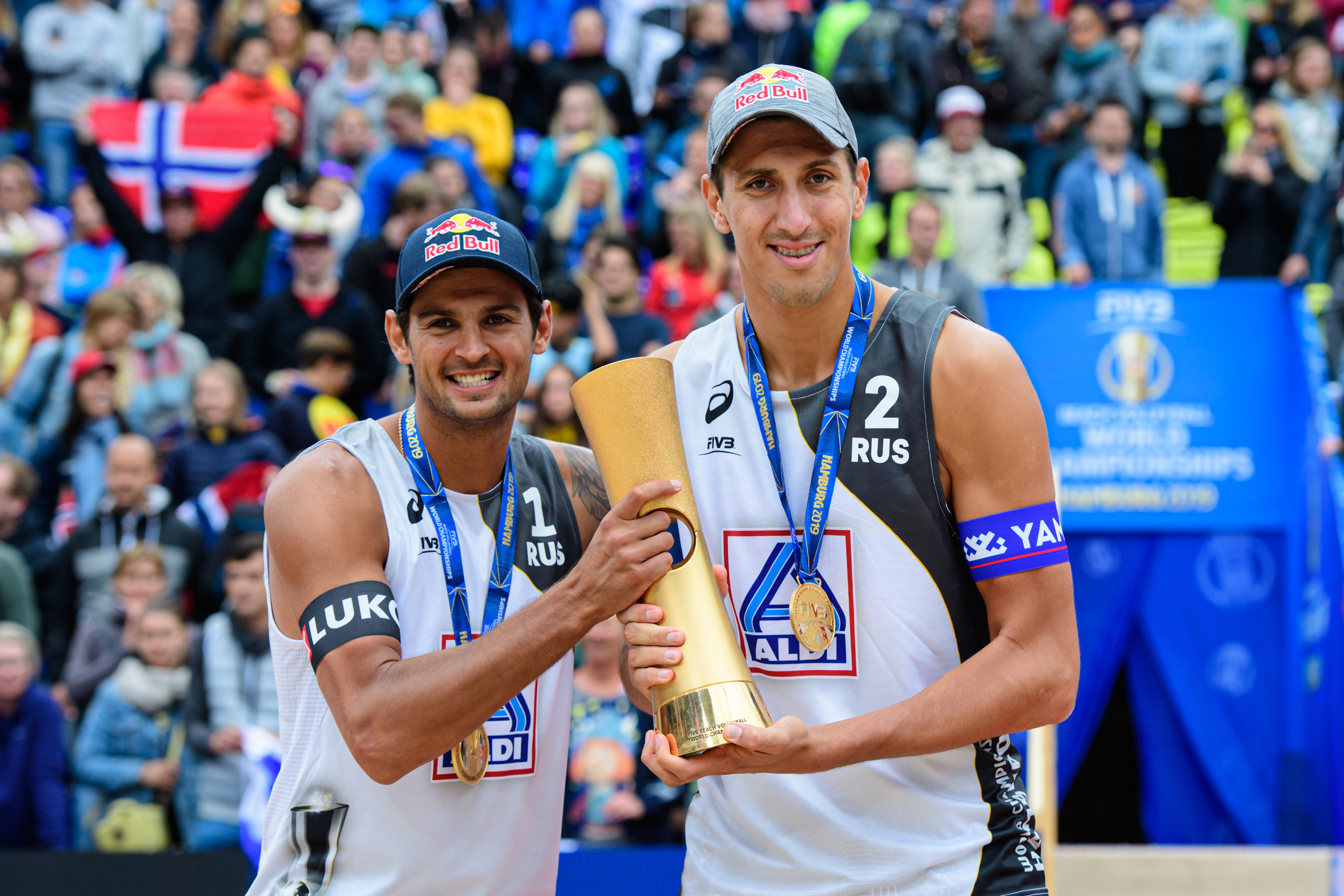 Viacheslav Krasilnikov (left) and Oleg Stoyanovskiy are the reigning world champions
Hosts Mexico have three teams guaranteed in the main draw, including the country’s top duo of Juan Virgen and Lombardo Ontiveros, the winners of the 2015 Pan-American Games, who have claimed six World Tour medals together so far.
The top-seeded team of the women’s tournament is the one of Canadians Sarah Pavan and Melissa Humana-Paredes. The duo is coming from its best season to date as they won the World Championships in Hamburg, the Vienna Major and a home tournament in Edmonton, all in 2019. 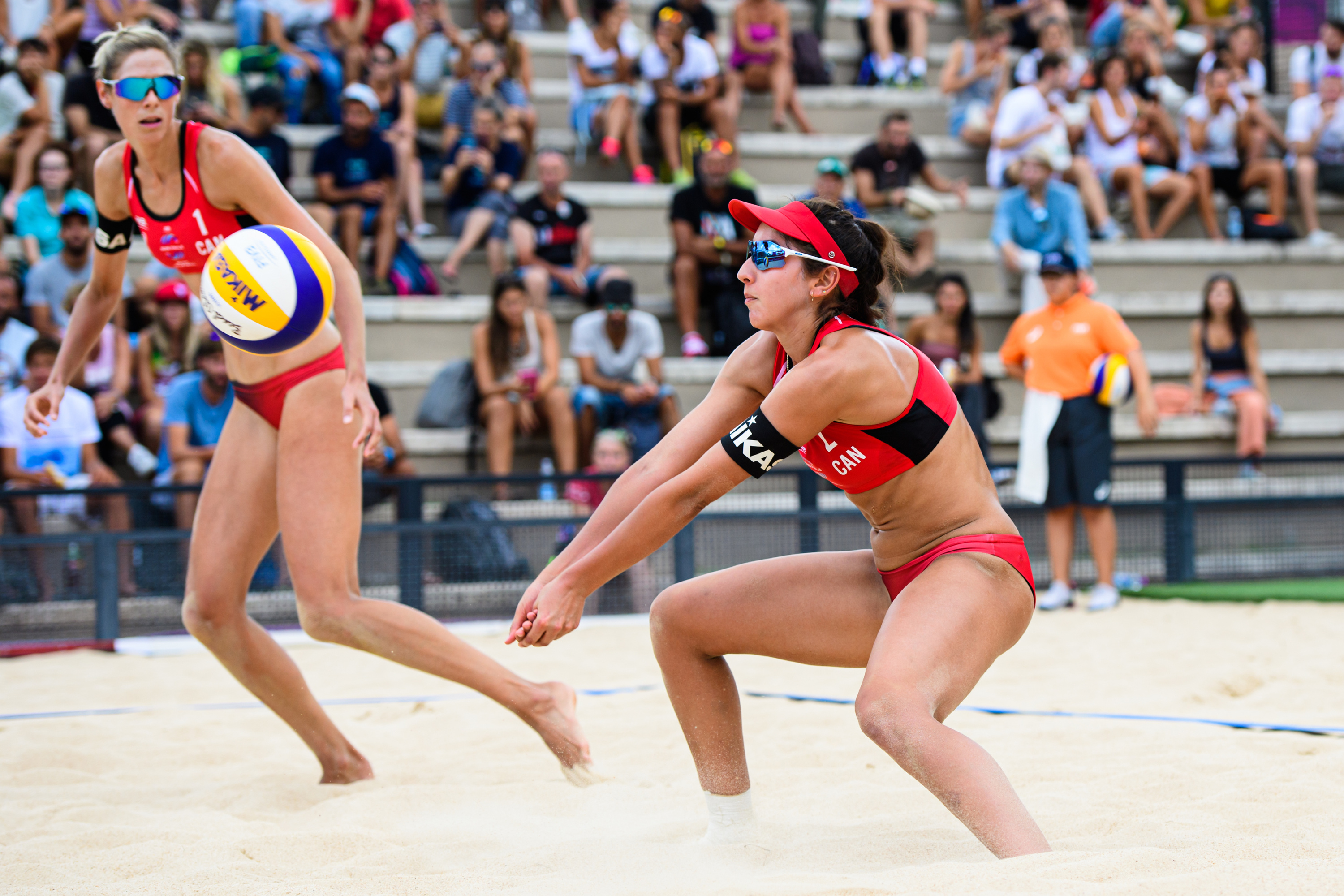 Sarah Pavan and Melissa Humana-Paredes are the top-seeded women in Cancun
Australians Taliqua Clancy and Mariafe Artacho will return to Mexico as the second-seeded tandem of the tournament fresh from their victory in Chetumal just five months ago. Brazil has the next three women’s teams in the entry list with Agatha Bednarczuk/Duda Lisboa, Rebecca Cavalcanti/Ana Patrícia Ramos and the new team of Talita Antunes/Carol Salgado ranking third, four and fifth, respectively.
Mexico will also have three teams in the women’s main draw and the host’s line-up is highlighted by veterans Martha Revuelta, who first appeared in the World Tour back in 2005, and Zaira Orellana.
Entry List - Women
The tournament in Cancun will be played at the Playa Langosta and will start with qualification on Wednesday, March 25. Pool play and the Round of 16 will happen in the next two days with quarterfinals and semifinals scheduled for Saturday, March 28. The medal matches will all happen on Sunday, March 29.
The current World Tour season runs from October 2019 to August 2020, while the Tokyo 2020 Olympic Games beach volleyball tournament will feature 24 teams per gender in competition from Saturday July 25 to Saturday August 8.
Quick links:
FIVB Beach Volleyball World Tour - Cancun
FIVB.com - Beach volleyball
Facebook
Twitter
Instagram