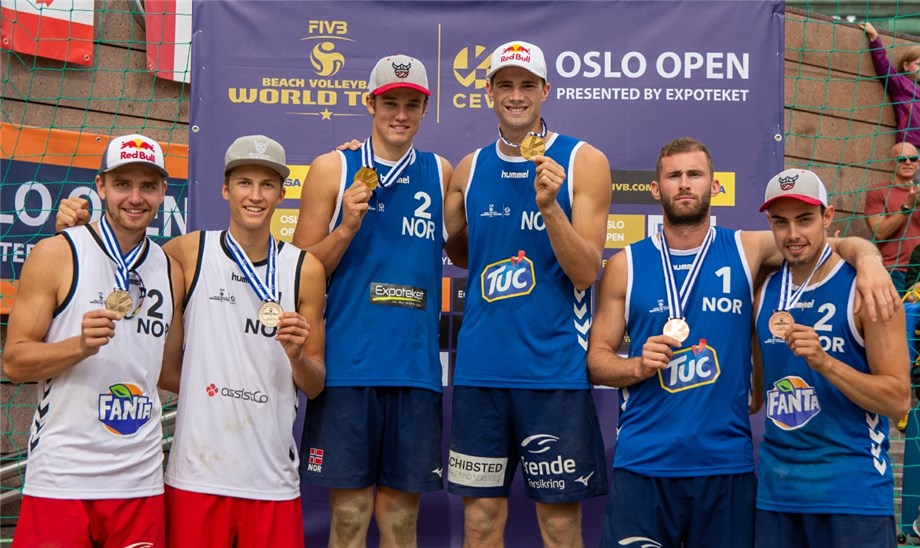 Oslo, Norway, September 1, 2019 – Anders Mol and Nils Ringoen stepped up to the plate to triumph in the showdown with Christian Sorum and Markus Mol at the FIVB Beach Volleyball World Tour Oslo 1-star final on Sunday. 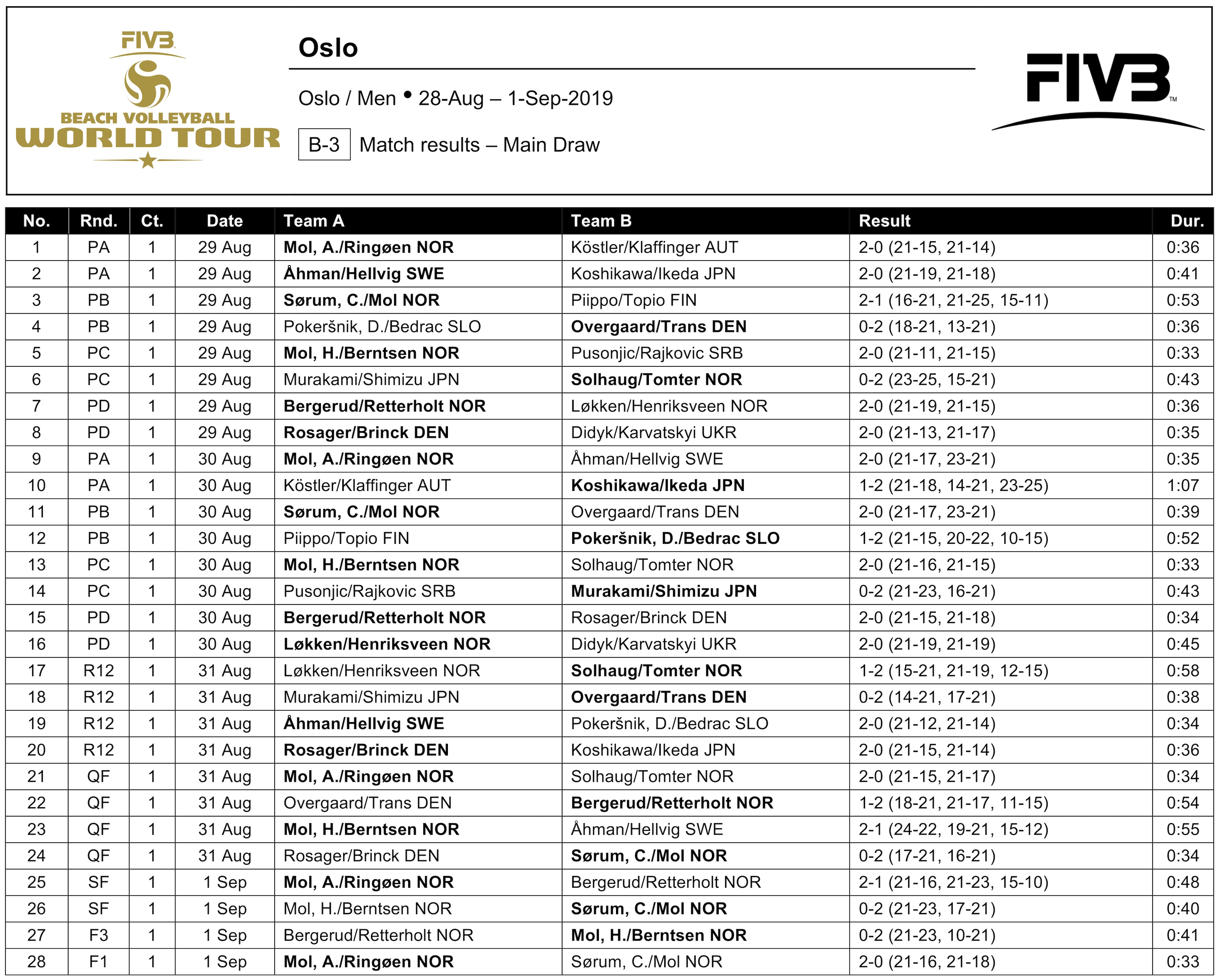 After brilliant semifinal performances that set up the dream final between the two best beach volleyball players in the world, Anders Mol and partner Ringoen came out on top with a 2-0 (21-16, 21-18) victory over Sorum and younger brother Markus to capture the gold medal.

"It was a great final in a wonderful atmosphere," Anders Mol said after the awarding ceremony. "I thought our partnership was too fresh, too unstable. But Nils played with such confidence, almost from the start of the tournament. Amazing!" Speaking about his own goals for the final, he added: "I didn't want to be blocked by my
little brother. He tried hard, but I managed to reach my goal. That felt
good! Otherwise I would have heard it for years!"

Meanwhile, Hendrik Mol and Mathias Berntsen recovered from their semifinal loss to register a 2-0 (23-21, 21-10) triumph over Daniel Bergerud and Lars Tveit Retterholt for the bronze medal.

The Oslo spectators were the true winners of the event as they witnessed an all-Norwegian podium.

In the other semifinal matchup, Sorum and Markus Mol confronted Hendrik Mol and Mathias Berntsen, who gave the eventual finalists a scare in the first set that ended with just a two-point margin for Sorum and Markus at 23-21. However, Sorum and the youngest Mol pushed harder to seal the victory in the second set at 21-17.