Montpellier next on World Tour schedule

Lausanne, Switzerland, August 24, 2020 - The 2019-2020 FIVB Beach Volleyball World Tour schedule continues here Tuesday as the southern France city of Montpellier hosts the international circuit for the fourth time in the last 36 months.
Quick links:
FIVB Beach Volleyball World Tour - Montpellier
Olympic Games Tokyo 2020
Facebook
Twitter
Instagram
Youtube
A men's only event, the Montpellier event's qualifier will advance four pairs to the 16-team main draw where pool play will be featured on Wednesday followed by elimination rounds on Thursday and Friday. The semifinals and medal matches will be played on Saturday.
Led by Grimalt cousins (Esteban and Marco) of Chile, the Montpellier tournament has attracted 26 tandems from 10 countries with other pairs from France (7 teams), Germany (2), Israel (1), Italy (3), Netherlands (1), Portugal (2), Serbia (2), Sweden (3) and Switzerland (4).
The Grimalts, who have captured three FIVB gold medals and appeared in five international finales, were listed 25th on the World Tour rankings when the standings were frozen in mid-March due to the pandemic.
Also scheduled to compete this week is Quincy Aye as the Frenchman has placed on the podium in the past three Montpellier events with a second-place finish last season with Arnaud Gauthier-Rat after the pair dropped the August 2019 finale to Dutchmen Dirk Boehle and Stefan Boermans. 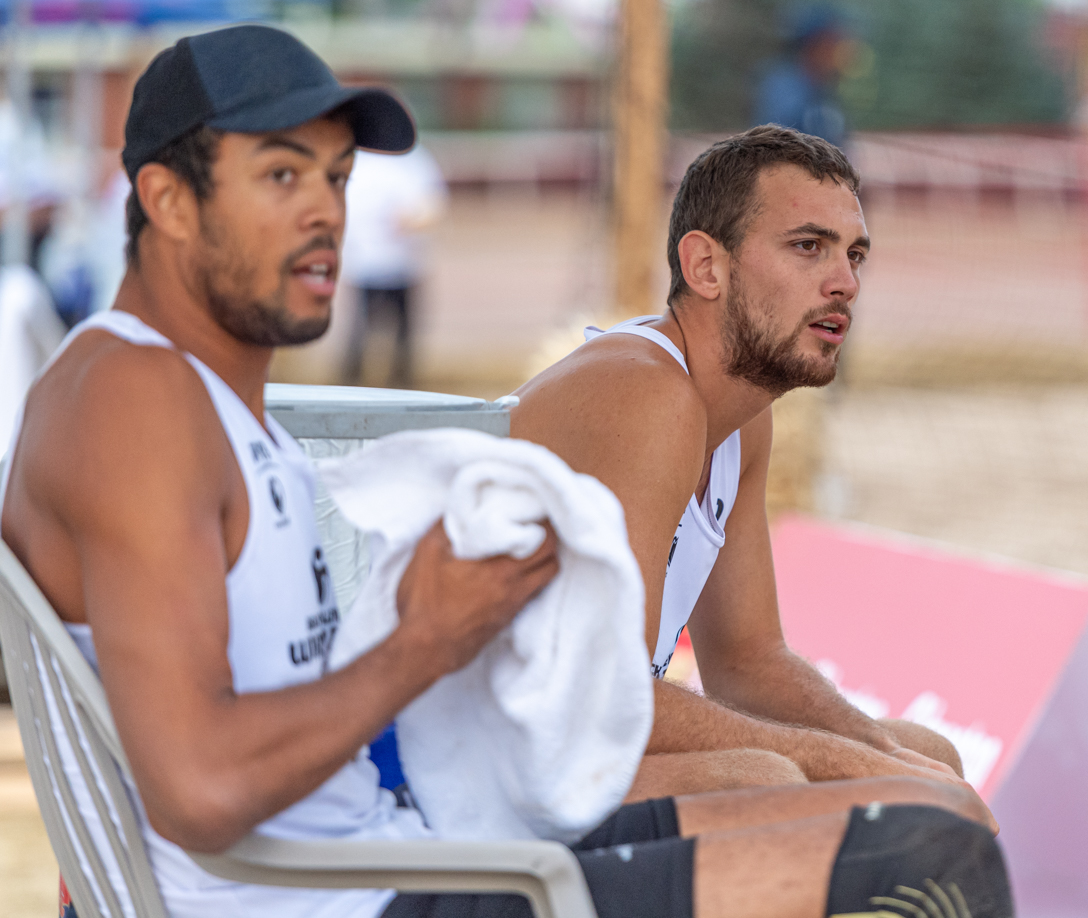 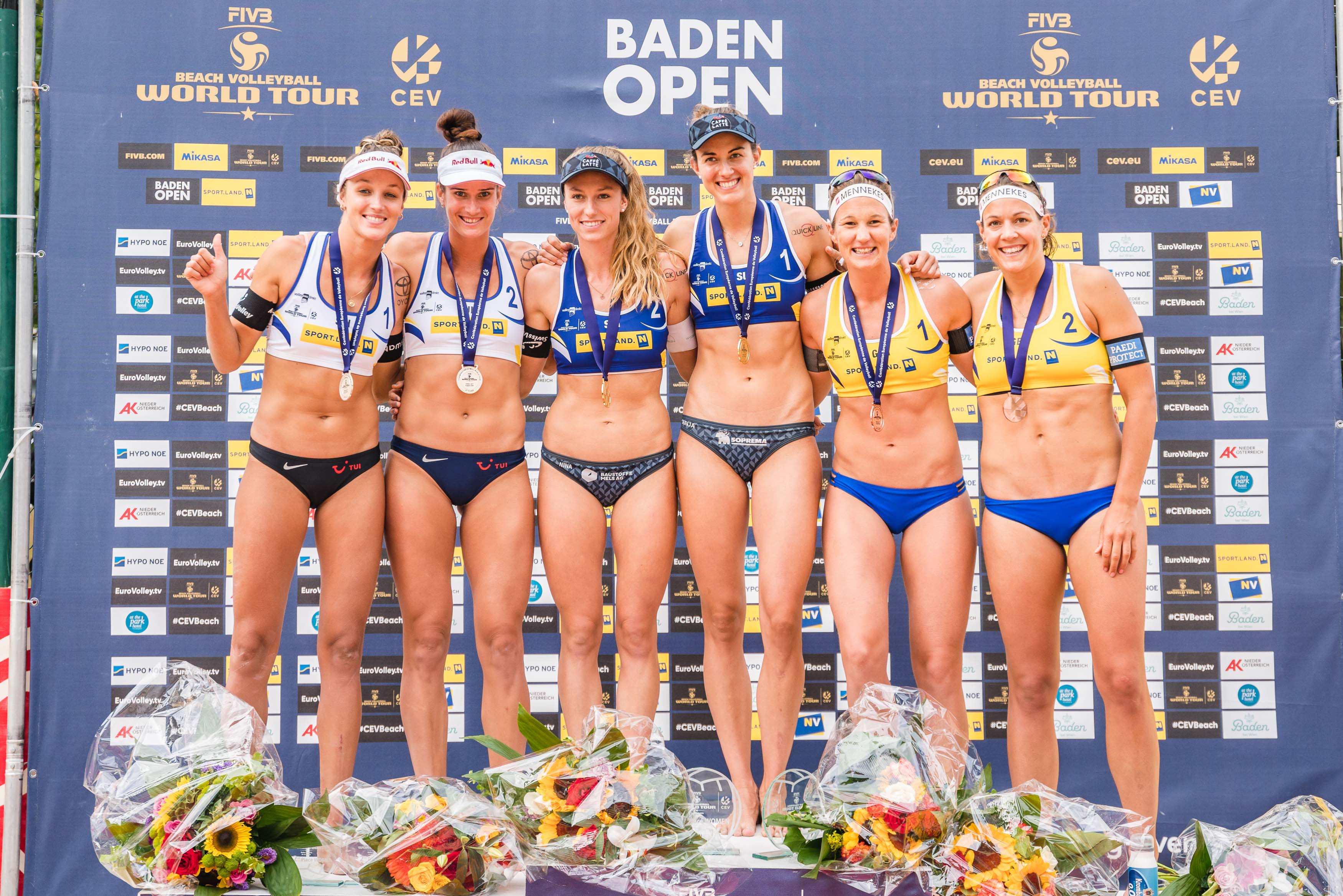 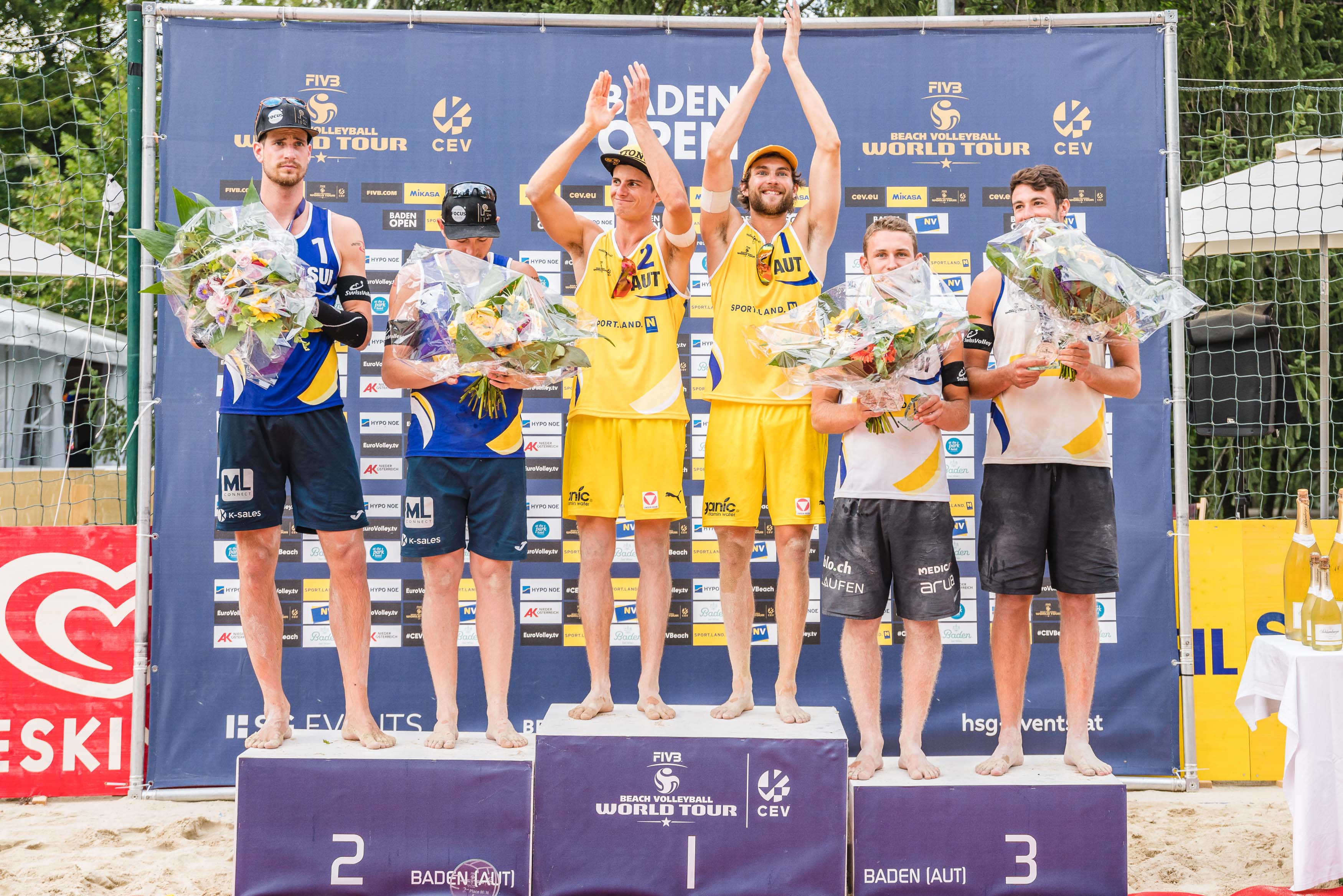 The Baden men's podium with Swiss players sandwiching the Austrian winners
The FIVB schedule resumed at the end of July in Slovenia in Ljubljana (July 29- August 2) with teams from Italy (Andrea Abbiati/Tiziano Andreatta) and Denmark (Line Hansen/Clara Windeleff) topping the podiums.
This website uses cookies to ensure you get the best experience on our website. For more information please read our Cookies Policy.
Ok