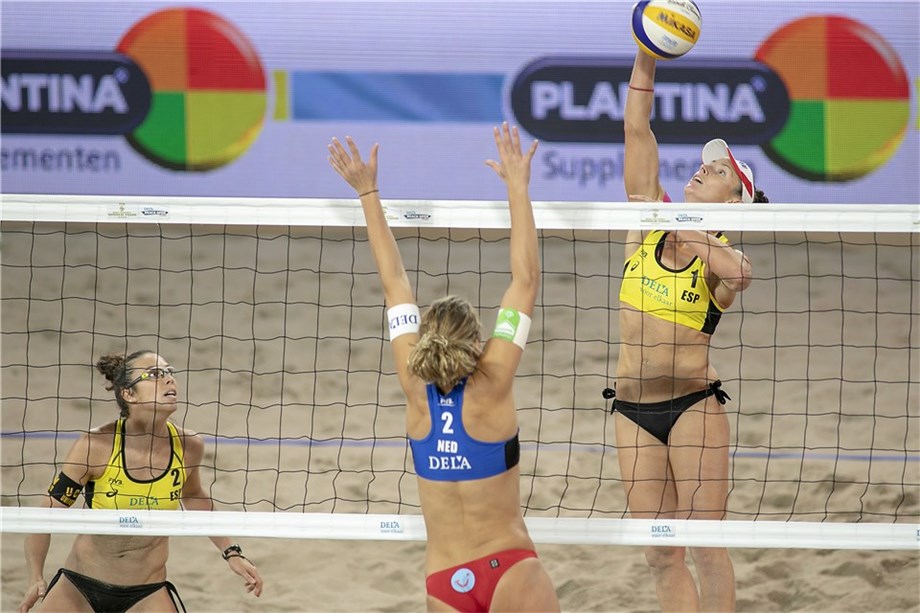 The Hague, Netherlands, January 5, 2019 – Like all professional athletes Liliana Fernandez has plenty to remember when she packs before going away to compete on the FIVB Beach Volleyball World Tour.
Since August 2017 she has one extra, very important, item to remember when she travels…her son Saul.
Quick links - Beach volleyball:
FIVB Beach Volleyball World Tour
FIVB.com - Beach volleyball
Latest Videos
Facebook
Twitter
Instagram
Mother and son have started 2019 in such fashion with both having travelled to the Netherlands where she and long-time partner Elsa Baquerizo are competing at the 4-Star Dela Beach Open.
“It is harder because I have two roles now, but I love it and I love to have him in my life,” Fernandez said. “He and my husband travel with me and I feel so happy to have both roles.”
Six months after giving birth Fernandez and Baquerizo were back in action on the World Tour and playing at the 5-Star Fort Lauderdale tournament in February 2018.
It took them a little time to rediscover their rhythm, and while they didn’t add to their medal collection they showed their progress by reaching the 4-Star Warsaw quarterfinals and the CEV European Championships semifinals before the end of the year.
Now that he is a little older Fernandez and husband Eduardo have young Saul in a rhythm that means her training schedule is unlikely to be disturbed by being woken in the night.
“He sleeps all night long, so I’m already back to my normal training schedule and he doesn’t disturb me at all,” Fernandez said.
“The time I spent training and what I do every day I share with my husband. He takes care of Saul in the morning and my time is in the afternoon, so I take him to the gym.”
Fernandez and Baquerizo have played together since the 2007 FIVB U21 World Championships in Myslowice.
In 2008 they made their World Tour debuts together in Barcelona and they have featured in tandem at two Olympic Games, London 2012 and Rio de Janeiro 2016.
“She is a really great auntie and she loves him,” Fernandez said. “She starts playing with him and I know Saul is safe with her.”
The tournament runs from January 2-6 and is being played on indoor beach courts at the Sportcampus Zuiderpark. It is the second year in a row that The Hague has hosted a tournament at this time of year and it has proved popular among the players who are able to compete at a top-level tournament when they would normally be involved in warm weather training.