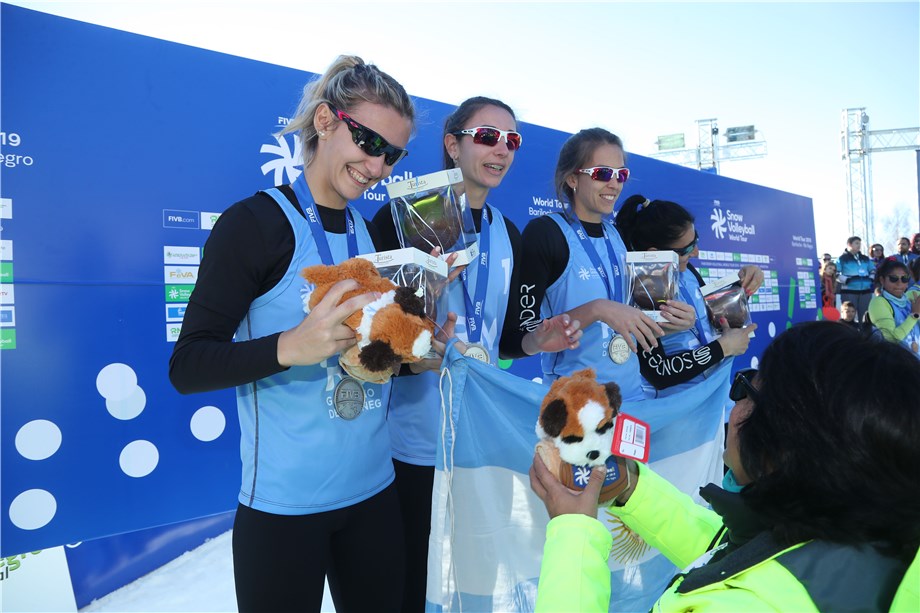 Bariloche, Argentina, August 6, 2019 - Argentina's Mauro Zelayeta and Brenda Churin played volleyball on three different surfaces in a little over a month and finished last week's stop on the 2019 FIVB Snow Volleyball World Tour picking up medals.
Quick links - Snow volleyball:
FIVB Snow Volleyball World Tour - Bariloche, Rio Negro
FIVB.com - Snow volleyball
Rules of the Game 2018-2020
News
About
Before stepping on to the snow in Bariloche this first weekend of August, both players represented Argentina at the FIVB U21 Beach Volleyball World Championships in Udon Thani, Thailand, in late June. And in between the two events, they went back to indoor with their respective clubs - Churin grabbed a silver medal with Estudiantes de La Plata at a regional championship and Zelayeta played the Villa Ocampo national tournament with Mar del Plata's Once Unidos.
As the snow volleyball tournament in Bariloche was the first ever snow volleyball event in the Southern Hemisphere, and in their country, the two athletes were not sure what to expect. “We wanted to learn more about this new sport and enjoy the tournament,” said Churin. “I was pretty sure from the beginning we would have a good time,” added Zelayeta. 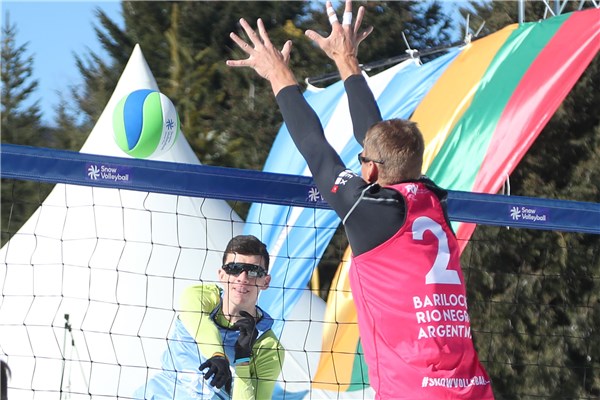 Churin, together with her teammates of Argentina 2, went for the advice of the other Argentinian team playing in the women's tournament in Bariloche, who were medallists at the World Tour stages in Europe, namely Virginia Zonta, Julieta Puntin, Eugenia Tuliz and Cecilia Peralta. “We watched videos from their matches in Austria and Italy and they also gave us tips on how to play in the snow and about some of the opponent teams.”
After that coaching session, the students defeated their masters as it was Churin alongside Victoria Pozzo Galdon, Laura Moreno and Estefania Milesi who prevailed when the two teams met during the tournament, during one of the semifinals of the women’s competition. The Argentina 2 squad finished their run with a silver medal, losing to Brazil in the final. 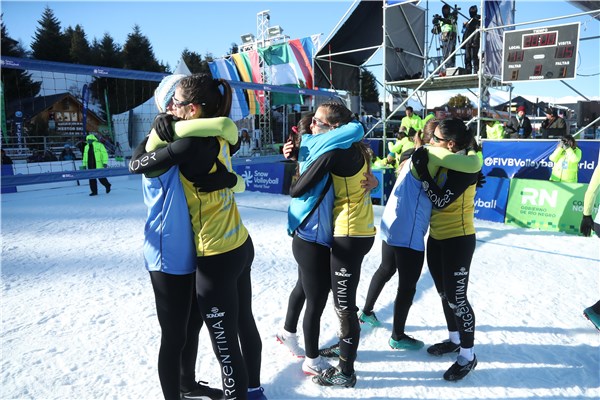 “It’s a very fun sport,” explained Churin as an analysis of the snow volleyball experience. “We had our first training on the snow last Thursday! It took a while for us to adapt to the slippery surface but we gave our best; we had to because we were playing at home. It’s been a great tournament and I hope these medals won by Argentina help to promote the sport in our country.”
A beach volleyball bronze medallist at the 2018 Youth Olympic Games in Buenos Aires, Zelayeta added another bronze to his collection of medals in Bariloche, again with Bautista Amieva and this time also with Ian Mehamed and Santiago Aulisi. “It was incredible, I’m extremely happy for having been a part of this event,” he said. “Snow is the best surface of the three! I enjoyed it more than beach and indoor volleyball. I hope it can keep growing because it’s amazing.”