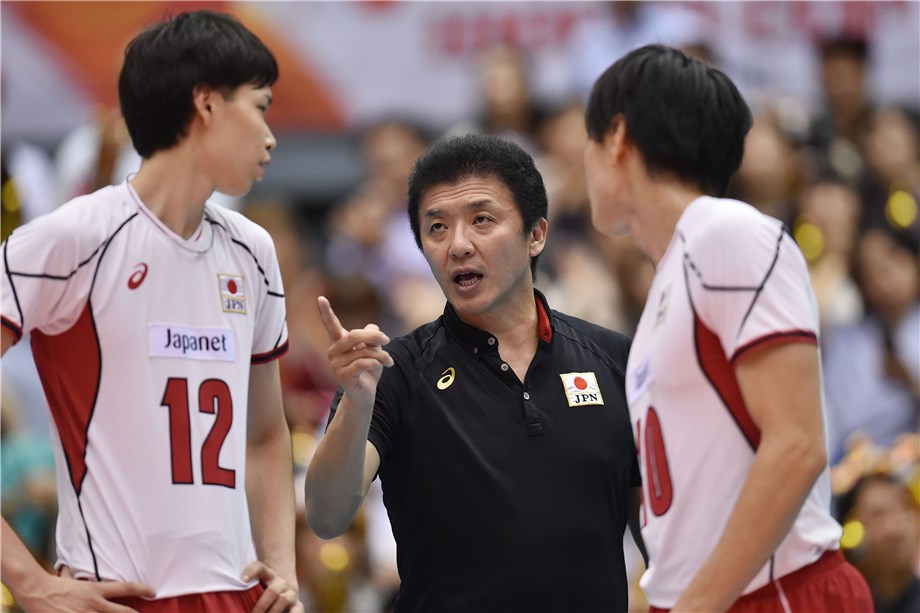 Nambu said the players refreshed their mind after the third set

Hiroshimi, Japan, September 10, 2015 - Masashi Nambu said he is proud of his player's concentration after they bounced back from a third frame setback to beat Australia.
Japan coach Masashi Nambu: "First of all Ibaraki and Tochigi Prefectures are suffering from flooding damage from the typhoon and we wanted to give the people there a sense of hope with our play. We had a good flow n the first and second sets. Our serving and reception was stable. We could get side attacks in the third set and lost it. The players refreshed their minds after the third set and we were able to win. Today I told the players to be careful about losing concentration."
Australia coach Roberto Santilli: "They played their style which is to reduce mistakes and play fast. Their setters were very good. They are plyaing better than last year. We have a young team. We show that in some situations by making mistakes. We will try to take the positives from this match. We did not start well tonight."
Japan captain Kunihiro Shimizu: "We played them in the Asian championships and lost. Edgar is their mainstay. We were able to pressure him and force him to make mistakes tonight. Our service and reception was good. When you lose like we did in the third set, how you start the next set is important. We united and rallied together."
Japan player Akihiro Yamauchi: "We applied pressure on Edgar. Our blocking could have been better. We need to be thorough in our strategy for the games."
Japan player Takeshi Nagano: "It is good that we won. The third set made me very upset. To compete against world class team that can never happen. Our data showed Edgar got the ball a lot."
Australia captain Thomas Edgar: "Not too many words to say about today's match. I'm embarrassed and ashamed by how our team showed up. We did not have any heart or aggressiveness. We have another game in two days. This wasn't good enough. Japan played well in counterattack. We need to make fewer mistakes and be more aggressive."