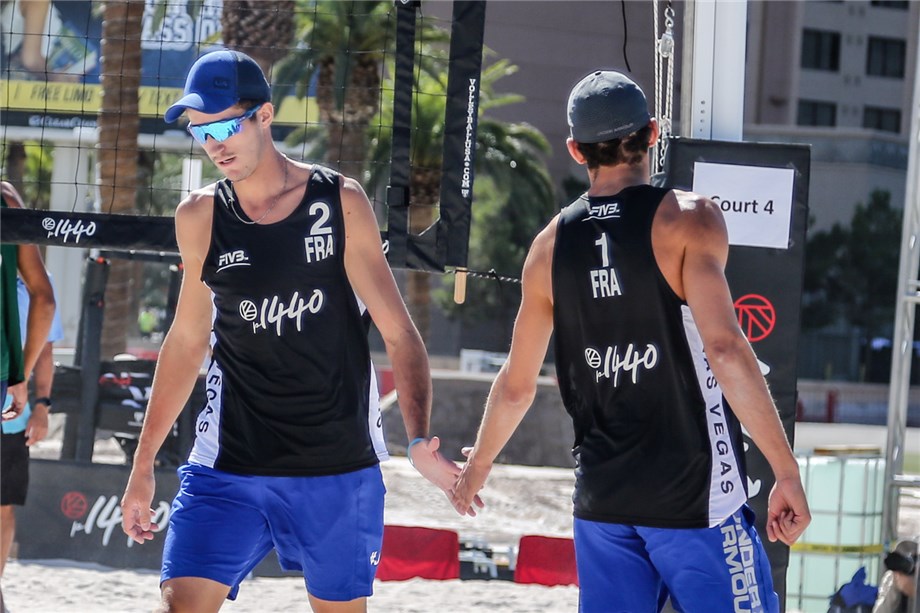 Las Vegas, USA, October 17, 2018 – With several national matchups taking place in the men’s qualification tournament, the eight final main draw spots for the FIVB Beach Volleyball World Tour Las Vegas Open presented by p1440 were split between just four nations on Wednesday.
Three of the berths were decided in matchups between teams from the same country and one of them reunited France’s Romain Di Giantommaso/Jeremy Silvestre and Quincy Aye/Arnaud Gauthier-Rat.
Di Giantommaso and Silvestre came out on top with a 2-0 (22-20, 22-20) victory, but the feeling of sending home their training partners was hard to swallow.
“I hate these games, they’re by far the toughest ones to me,” Di Giantommaso said. “We practice together with them and at the same time I’m really happy we made it, it’s frustrating that they are out. We know how hard they work and we get emotionally connected to them.”
“Both teams have pretty much the same amount of entry points, so we end up playing each other pretty often. When the lists are out, we keep wondering if one team will drop and then hopefully we don’t have to play each other in qualification, but once the match is confirmed we have no choice but to go out there and do our jobs.”

Another French team made it to the main draw as Youssef Krou and Edouard Rowlandson took Argentineans Julian Azaad and Nicolas Capogrosso down in two sets 2-0 (21-18, 29-27).
Two teams from the host country also had to battle for a main draw spot and Billy Kolinske and Miles Evans advanced after a hard-fought three-set 2-1 (18-21, 21-19, 16-14) win over Eric Zaun and Avery Drost.
“We just tried to put the pressure on them and make them earn their points,” Evans commented afterwards. “It was about staying confident and playing our game, nothing too crazy. But it’s not easy, it’s win or go home. It’s a really stressful game, I was freaking out the whole time. And they’re good friends and they want just as bad as we do, so it’s a difficult match for sure.” 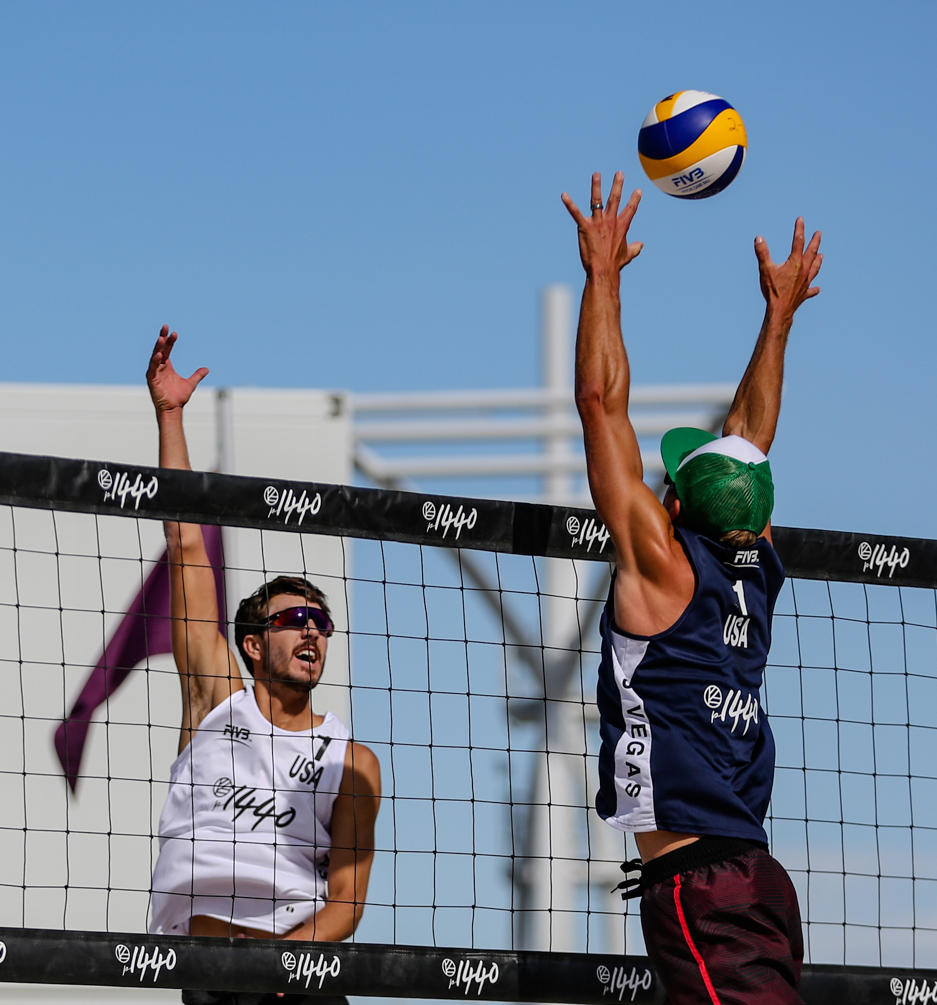