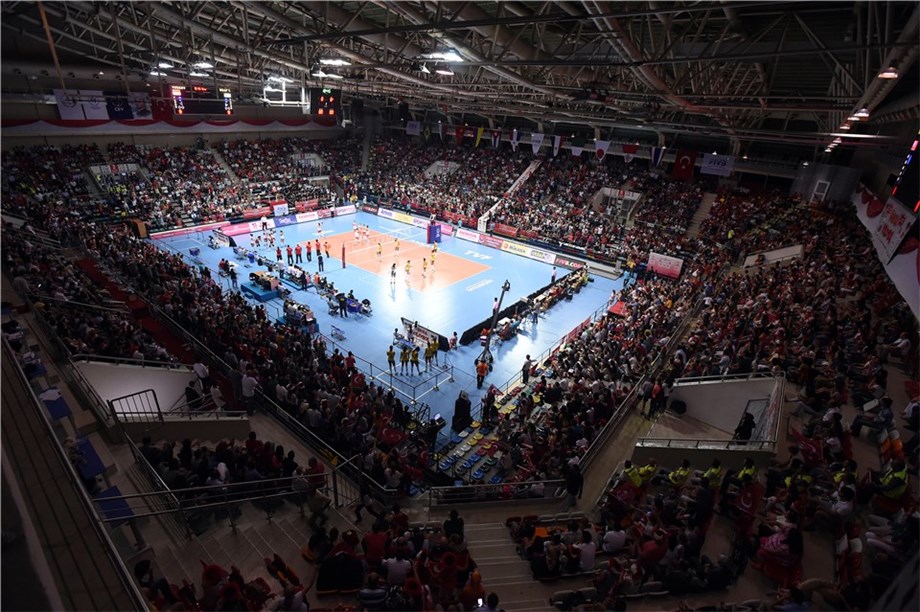 Brazil won the Women's U23 World Championship in Turkey in 2015

Lausanne, Switzerland, November 15, 2016 - Nine participants in next year's FIVB Volleyball Women's U23 World Championship in Ljubljana and Maribor, Slovenia from September 10 to 17 are now known following Egypt's victory at the African Women's U23 Championship in Nairobi, Kenya at the end of October. They will be joined by two countries from Asia and a team from the world ranking to be confirmed at the beginning of 2017. 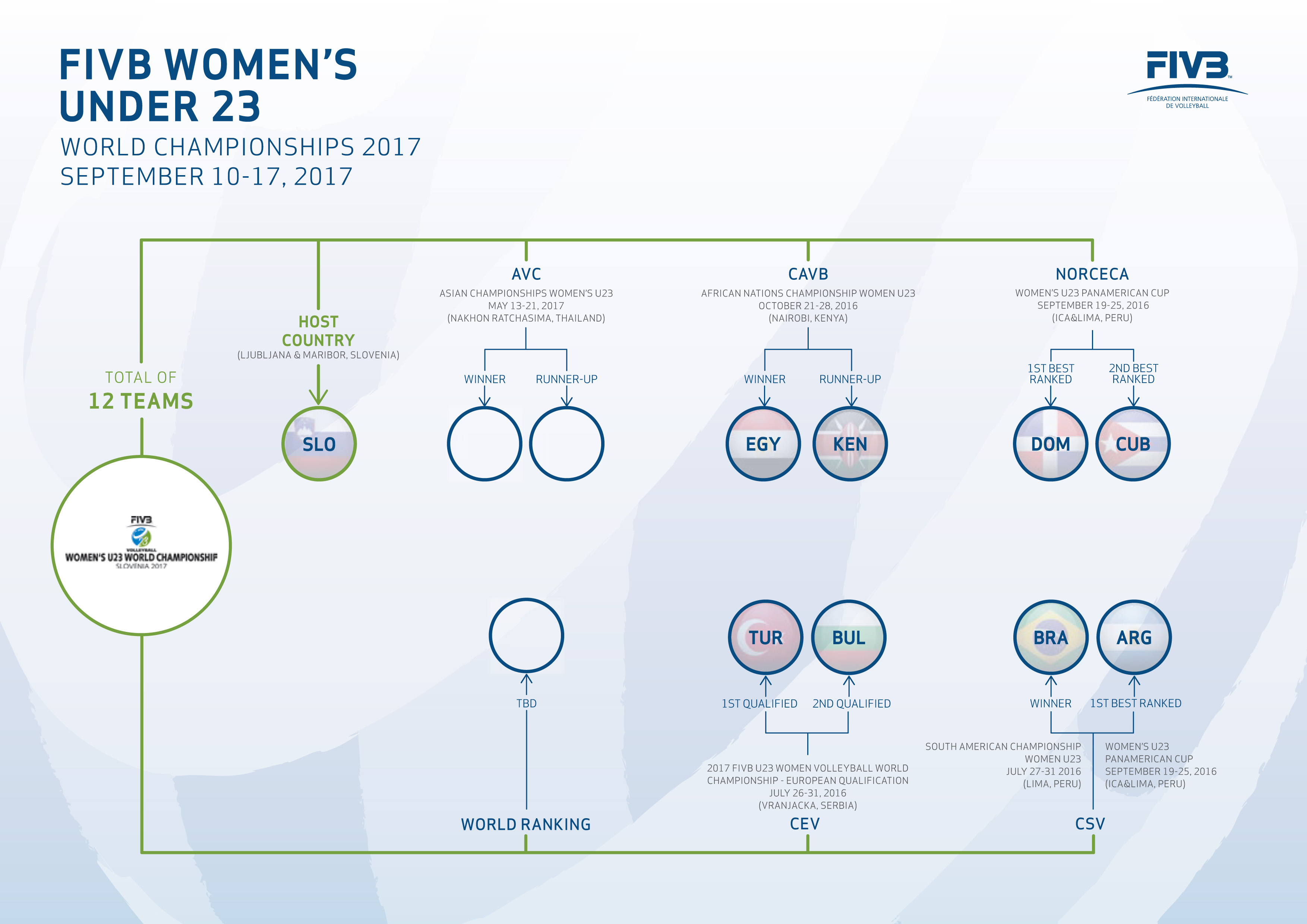 African qualification tournament winners Egypt and second-placed Kenya will represent the African Volleyball Confederation (CAVB), the Dominican Republic and Cuba will represent the NORCECA Confederation, South America will be represented by Brazil and Argentina, while Turkey and Bulgaria are set to play for Europe. The Asian World Championship participants will be decided at an event scheduled to take place from May 13 to 21, 2017 in Nakhon Ratchasima, Thailand. 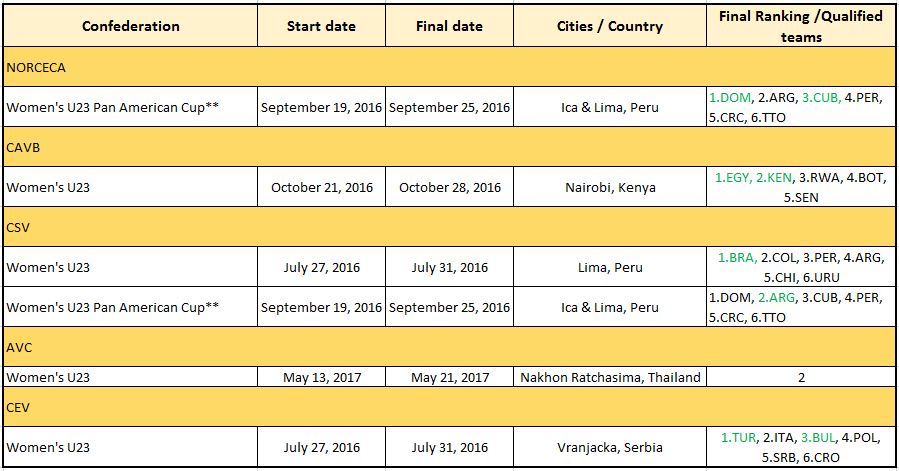 Qualified teams in green
*Three teams qualified via the Pan Am Cup (Dominican Republic and Cuba from NORCECA, Argentina from CSV)

A total of twelve teams will compete in the 2017 edition of the Women's U23 World Championship, two from each confederation plus the competition hosts (Slovenia) and one team from the world ranking to be confirmed at the beginning of 2017.

The following table summarises the number of berths per confederation for each of the 2017 Age-Category World Championships. 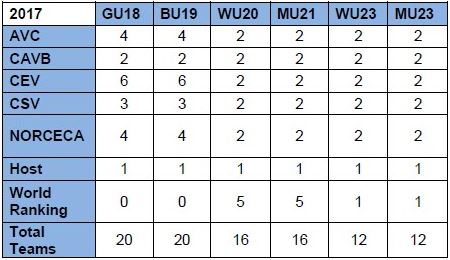 The 2017 Women's U23 World Championship will be the third edition of the competition which first took place in Tijuana and Mexicali, Mexico in 2013. China won the inaugural edition and Brazil were the winners in Turkey in 2015.