No. 2 defeats No. 4 at World Championships 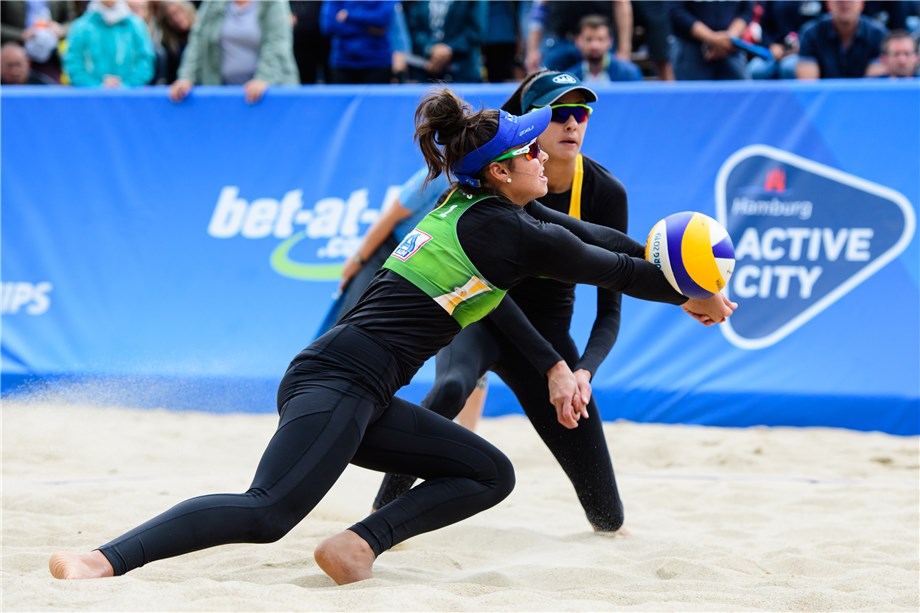 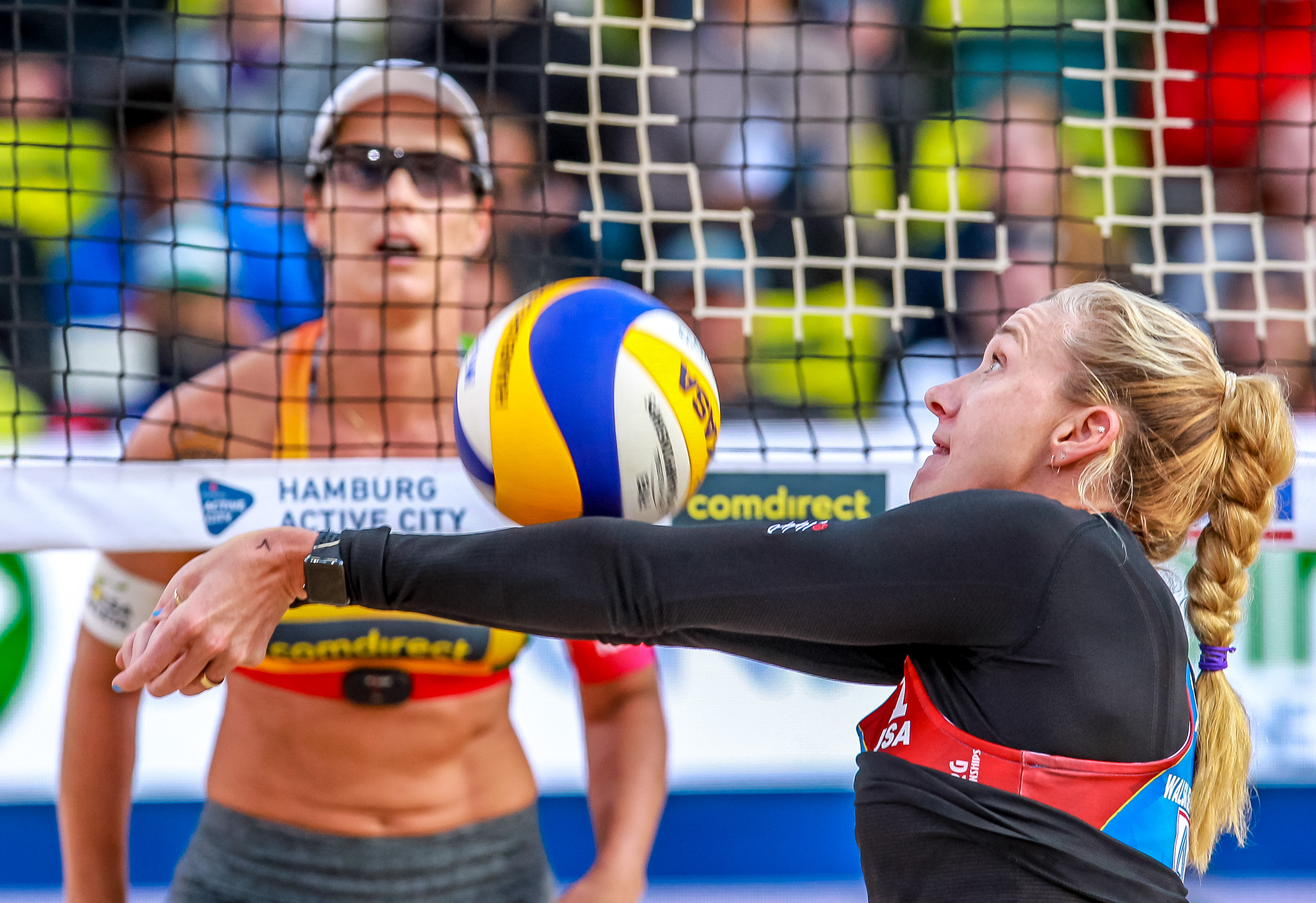 With Agatha looking on, Kerri Walsh Jennings bumps the Mikasa
“We stuck really strong together and were really patient,” Artacho said after the match as the Australians are 2-0 against the Canadians on the FIVB World Tour.  “They are a great team and it wasn’t going to be an easy game and they wouldn’t just give it to us, so we really had to earn it and I’m really proud of what we did.”
Clancy said her team wasn't "strong in the big moments in that game (the one the Aussies lost against the Netherlands Sunday in pool play), but we’ve been growing since then.  Every round is tough now because there’s so much depth in the women’s game and you need to bring your very best to each match. But we stuck together as a team and put up one of our best performances."
A disappointed Bansley said: "We want to come and do our best for every single game and win every single game, but the playoffs are sort of a new start. We were ready to compete and play against whoever. To make it far in the tournament, you’re going to have to play some good teams so that’s just the way it is with the World Championships."
Despite the setback, a positive Wilkerson said: "The season is not over, there are a lot of tournaments to play and a lot of room for us to grow. It’s just the start of a string of a lot of great tournaments ahead and I’m looking forward to those.”
Five other top-ranked teams on the FIVB World Tour won elimination matches in the Round of 32 on Wednesday at the World Championships, including No. 3 Rebecca Cavalcanti/Ana Patricia Silva of Brazil, No. 5 Alix Klineman/April Ross of the United States, No. 6 Melissa Humana-Paredes/Sarah Pavan of Canada, No. 8 Sara Hughes/Summer Ross of the United States and No. 10 Sanne Keizer/Madelein Meppelink of the Netherlands.
Two more teams from the top-10 on the world ranking list will be meeting Thursday with Humana-Paredes/Pavan meeting Keizer/Meppelink in a 4 p.m. (local time) Am Rothenbaum Stadium centre court match. The two teams have split a pair of matches on the FIVB World Tour with the Canadians eliminating reigning European champions three weeks ago in Poland.
Thursday's eight women’s winners advance to Friday's quarterfinal matches followed by the two semifinal contests that will determine the lineup of Saturday's medal matches. With the men's finale on Sunday, the winning pairs at the $1-million World Championships will share the $60,000 first-place prize along with netting a spot for their country in the Tokyo 2020 Olympic Games.