Noumory Keita poised to be volleyball’s next showman 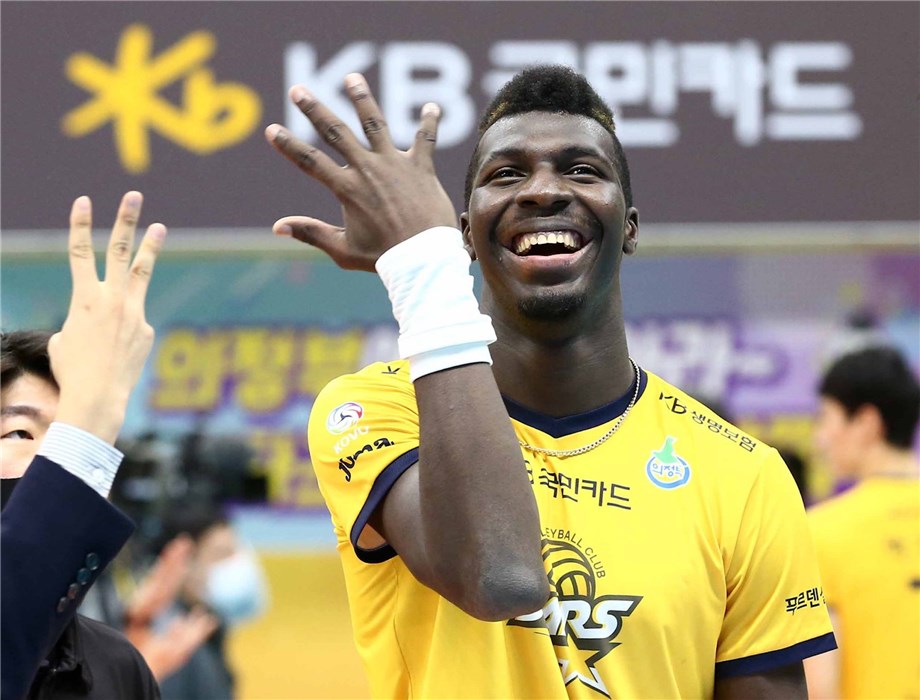 Lausanne, Switzerland, November 8, 2020 – Join the fans who have already seen this spectacular play by Noumory Keita – a back-to-the-net attack that slipped past the opponent’s defenders.

That fancy play was just one of the standout actions that the 19-year-old player had in his 54-point scoring outburst against Samsung Blue Fangs in the Korean League on Tuesday, to lead Uijeongbu KB Insurance Stars to their fourth straight victory.

“My original position is outside hitter, but I have been playing opposite for a couple of months, so until I find the right angles, I must attack over the block.

“Before the game I was talking to my friends and I said I would make 50 points, six aces. After the game I saw that I had 54, including five aces.”

Noumory Keita is a young player and not many fans know him yet, but he sure is ready to put on a show.

“It’s not the first time I’ve done it and of course it won’t be the last. My motto is ‘nobody can’t see me’, so I want to push myself to the limits.”

“Hitting from zone 4 or 6 is my specialty, that is where I can improvise a lot, but people have yet to see what I can do in zones 1 and 2. I can promise the spectators that this is just the beginning and that they will enjoy our matches.

“I like the situation that demands my 100 per cent and the thrill of trying really hard on the court.”

Noumory wants to follow in the footsteps of his idol, Poland player Wilfredo Leon, who always puts the crowd on its feet with his stunning attacks.

“Leon is my idol. He is still better than me, but hopefully not for long!”

Noumory was born in Mali and it was his volleyball player uncle who got him to play. His colourful personality and flair on the court make him exciting to watch. But his talent goes beyond the volleyball court, as the young star is also a gifted artist.

“My uncle motivated me to play. He was a volleyball player and he introduced me to the world of volleyball, and really liked playing it.

“In my free time I like to dance, listen to music, play video games and play football. I also like making music.”

For now, his focus is on helping his club finish in top spot. And then make a name for himself and work his way to the top.

“This year my goal is to become a Korean league champion with KB Stars. And in a few years, I want to be the best in the world.”
Quick links:
FIVB.com - Volleyball
Facebook
Twitter
Instagram
Youtube