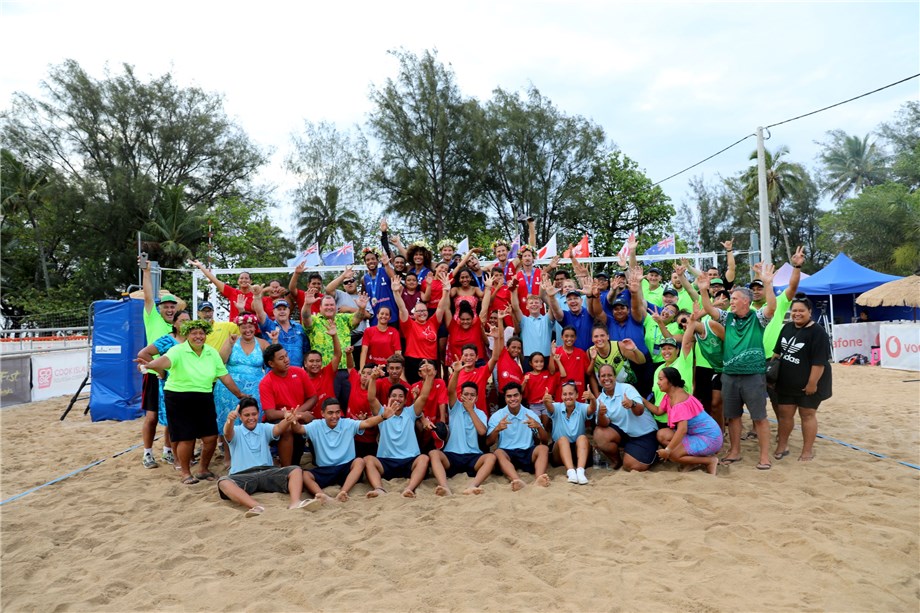 Lausanne, Switzerland, January 22, 2020 – A truly historic FIVB Beach Volleyball World Tour event was successfully staged in the Cook Islands last week, making it the first time that the Oceania Zonal Volleyball Association (OZVA) has hosted an event on the Tour outside of Australia.
The event saw a  total of 18 men’s teams from nine countries entered into the VolleyFest Cook Islands, including Australia (4 teams), Canada (2), Cook Islands (2), Hong Kong (1), Japan (3), New Zealand (1), Norway (1), Tuvalu (2) and the United States (2). Tuvalu joined the Cook Islands by entering teams in an FIVB World Tour event for the first time.  Another country from Oceania made history at the event as Griffin Muller and Sam O'Dea from New Zealand won their country’s first ever World Tour gold medal. 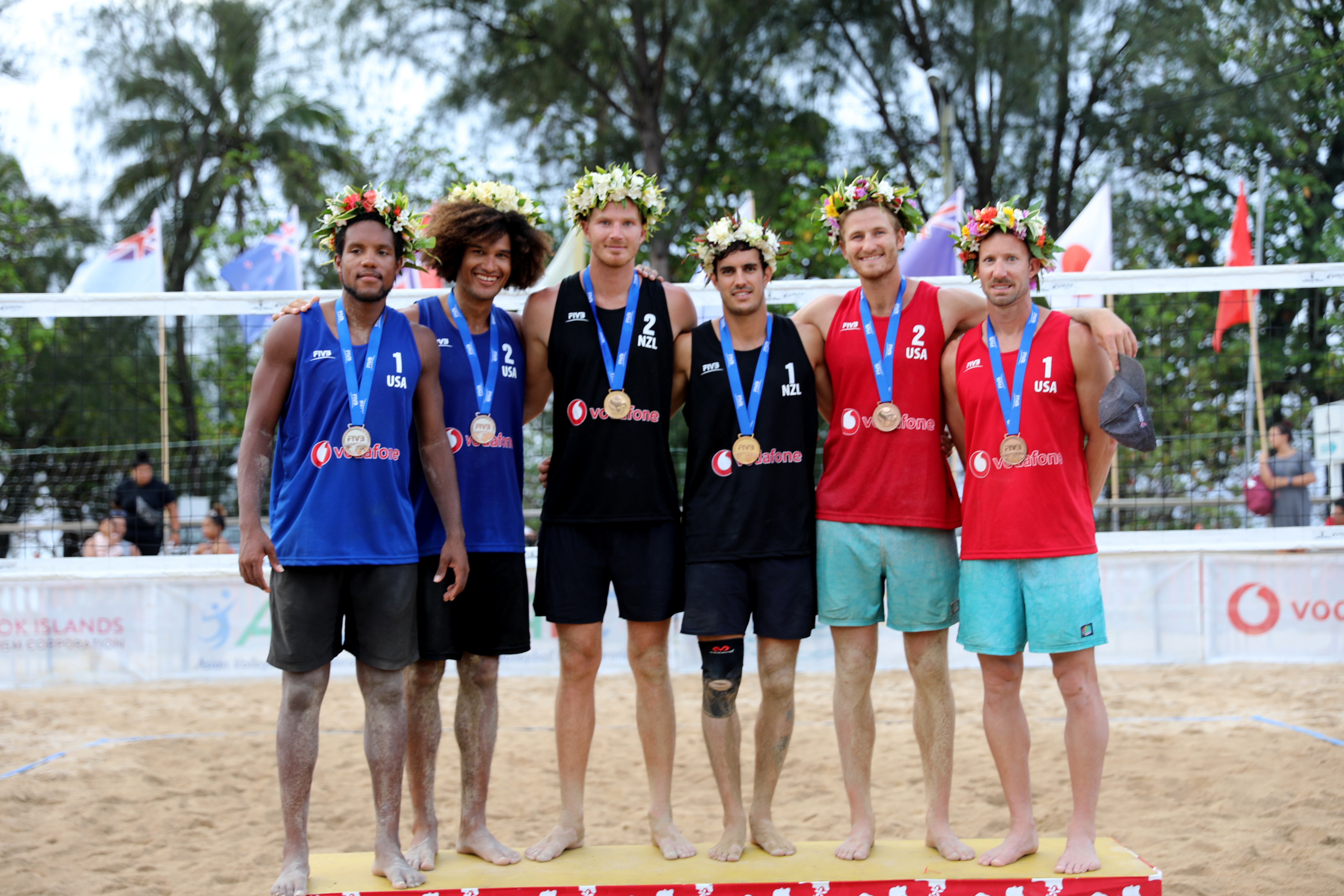 OZVA President Hugh Graham said:
“With the support of the FIVB, the Cook Islands were delighted to deliver its first-ever World Tour event in Oceania, excluding Australia. It’s remarkable for us and we will continue working hard to ensure the steady growth of volleyball and beach volleyball in the region. New Zealand’s gold medal makes it even more special for all of us.
“Beach volleyball is ideally-suited for NFs in Oceania and the gold medal obtained by New Zealand will encourage us to invest more in the region, to grow the sport to a higher level in the coming years.”
FIVB President Dr. Ary Graça F° said:
“I am very pleased that, following a strategic meeting with the National Federations (NFs) of OZVA in Honolulu last year, we are now able to witness the Zone’s high-performance strategic plan in action. The first result of this plan was successfully hosting a 1-star event in the Cook Islands, which was enjoyed by both athletes and spectators alike.
“The countries of Oceania understand that beach volleyball is a fantastic opportunity for them to move our sport to the next level, and VolleyFest Cook Islands is a great milestone for the development of our sport in Oceania!”
Later this year, Oceania also plans to host a women-only FIVB Beach Volleyball World Tour event in Guam.