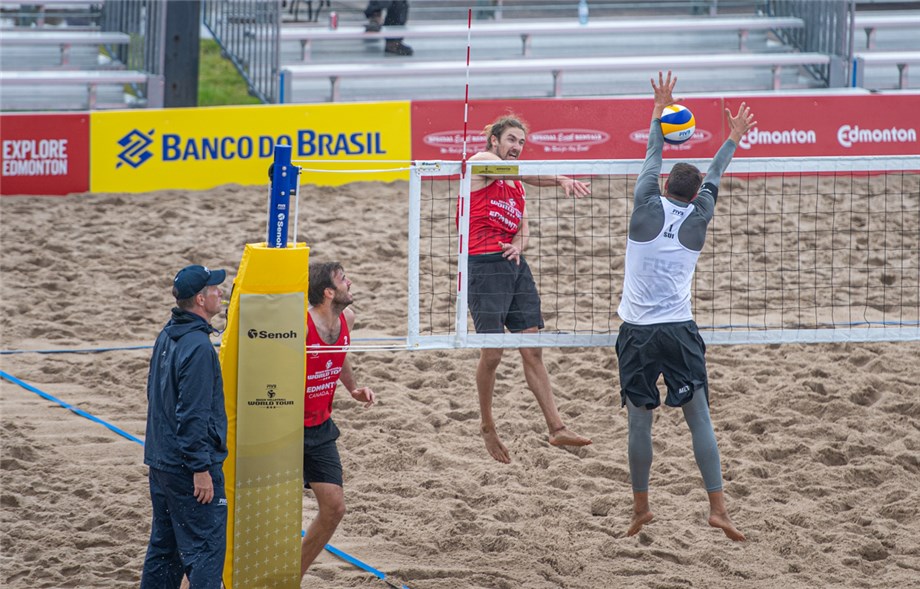 Edmonton, Canada, July 18, 2019 - On a cool and wet day at the US$150,000 Edmonton Open here on Thursday, top-seeded Grant O'Gorman and Ben Saxton led the effort by the Canadian men by posting a pair of pool play wins over pairs from Brazil and Switzerland.
Quick links - Beach volleyball:
FIVB World Tour - Edmonton, Canada
FIVB.com - Beach volleyball
Facebook
Twitter
Instagram
After losing their first set on Thursday, the Canadians rebounded to post a 2-1 (18-21, 21-15, 15-13) Pool A win in 50 minutes over 32nd-seeded qualifiers Luciano Ferreira/Harley Marques of  Brazil followed by a 2-0 (21-15, 21-14) victory in 29 minutes over 17th-seeded Florian Breer/Quentin Metral of Switzerland.
With the two FIVB World Tour wins, O'Gorman and Saxton earned a first-round bye when elimination bracket play starts Friday along with a guaranteed ninth-place finish in the first international beach volleyball event to be played in Canada since 2016.
For the 30-year old Saxton, who has been playing full-time on the FIVB World Tour since 2010 and who is a Rio 2016 Olympian, it was especially gratifying to win Thursday as he is a native of the Canada province of Alberta where Edmonton is located. 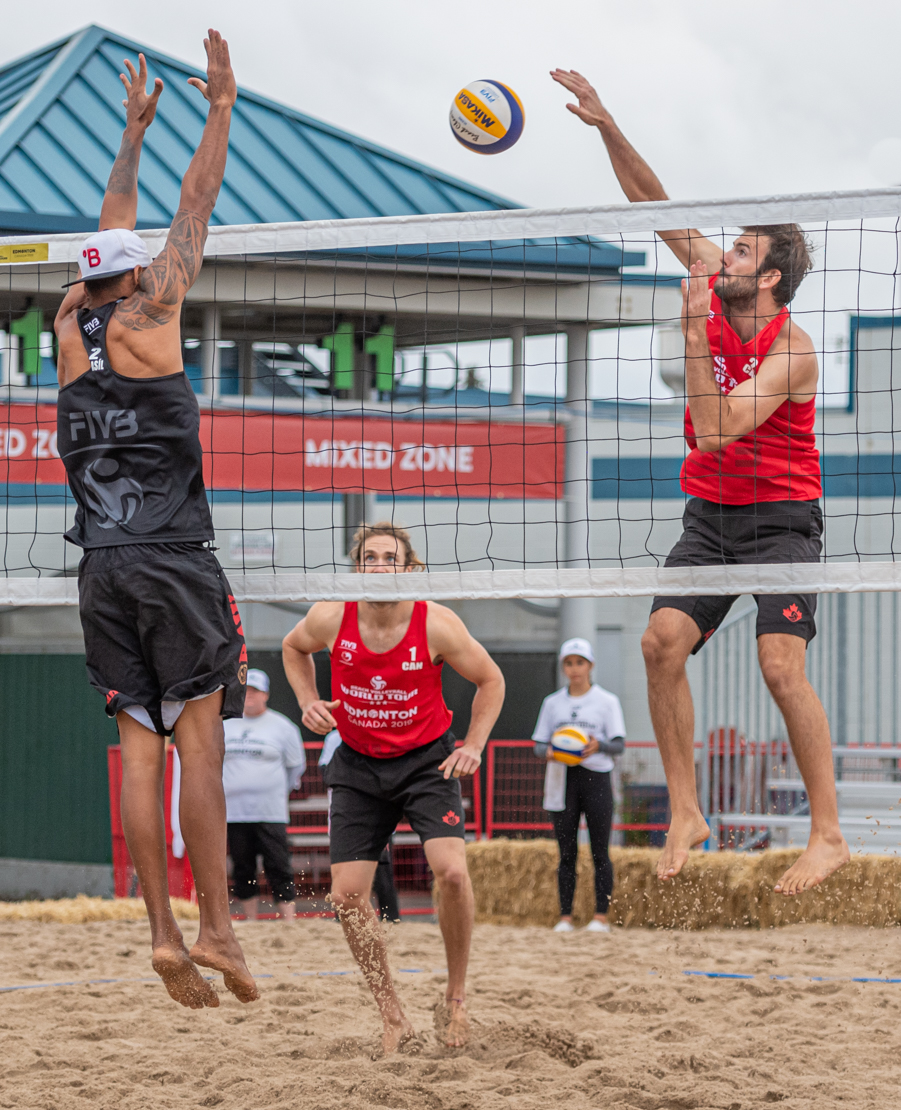 Canadian Olympian Ben Saxton (right) hits against Luciano Ferreira (left) of Brazil as Canadian partner Grant O'Gorman follows the action.
While Saxton has been one of the Canadian players this week, O’Gorman said: “It’s nice to play here. When I last played an FIVB event in Canada at Quebec I was 17 and did not qualify for the main draw. Now I’m a man and getting to play in my home country is very nice. I hope it happens every year and that we have multiple tournaments in Canada because volleyball is a beautiful sport and I want to represent my country in my country.”
O’Gorman said: “Our team can win this tournament and that’s what we want to do. Hopefully we can get a good amount of points here and use this finish as one of our 12 results for the Olympic rankings.”
The 25-year old O’Gorman also talked about his team’s opponents Thursday saying, “the Brazilians are probably one of the top teams in this tournament and against the young Swiss team, Ben blocked well, I dug well and that’s all it took.”
In addition to O'Gorman and Saxton, three American teams captured pool titles Thursday along with pairs from Austria, France, Germany and Lithuania.
Second-seeded Billy Allen/Stafford Slick (Pool B), fourth-seeded Ryan Doherty/John Hyden (Pool D) and sixth-seeded Chase Budinger/Casey Patterson (Pool F) captured group titles Thursday along with third-seeded Nils Ehlers/Lars Fluggen of Germany (Pool C), 21st-seeded Julian Horl/Tobias Winter of Austria (Pool E), 25th-seeded Quincy Aye/Arnaud Gauthier-Rat of France (Pool H) and 26th-seeded qualifier Lukas Kazdailis/Arnas Rumsevicius of Lithuania (Pool G).
The Edmonton Open, which features women's competition, concludes Sunday on the Northlands centre court where the winning teams share the $10,000 first-place prizes along with each winning pair securing 600 Olympic qualifying points for the Tokyo 2020 Olympic Games. 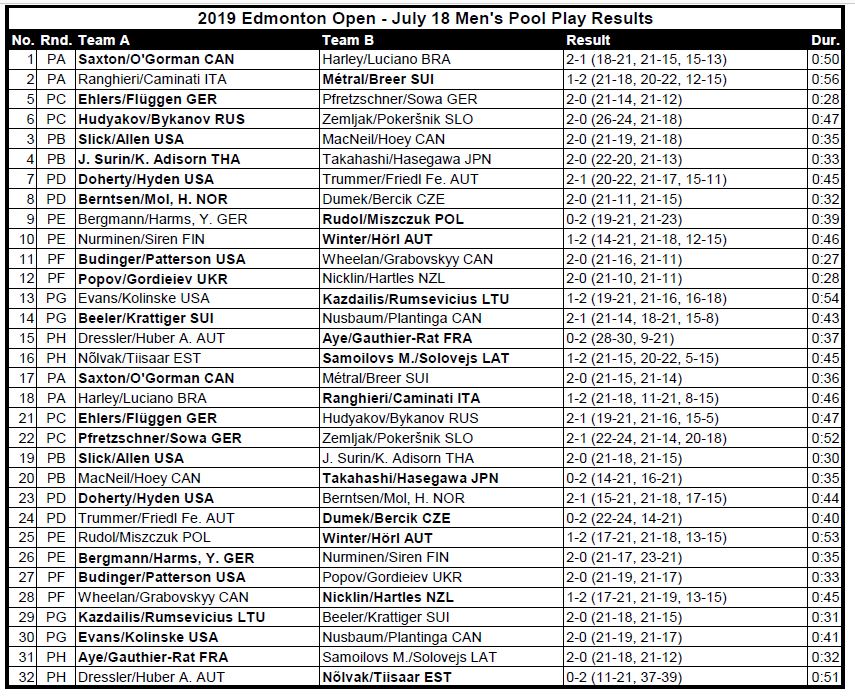