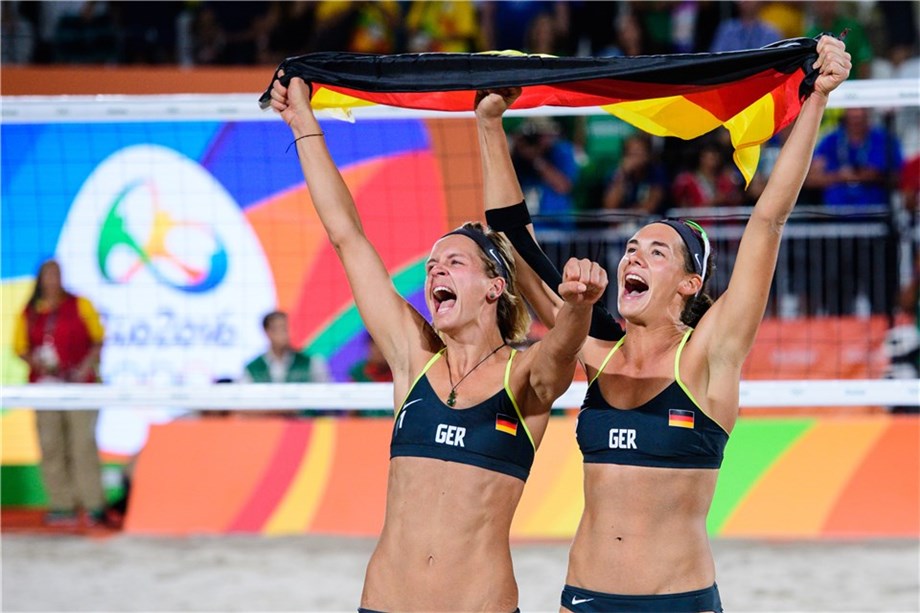 Lausanne, Switzerland, January 7, 2019 – Reigning women’s Olympic and world champion Kira Walkenhorst has announced her retirement from beach volleyball due to ongoing injury.
The 28-year-old German won gold at the Rio de Janeiro 2016 Olympic Games in tandem with Laura Ludwig. A year on they added the world title to their collection when they topped the podium at the Austria 2017 FIVB Beach Volleyball World Championships.
“I would like nothing better than to continue with Laura and my great team where we left off in 2017,” Walkenhorst said. “Perhaps I have pushed my body’s warning signs into the background too often over the last few years, and so now my body won’t allow me to compete at the very top level.
“To deny Laura the chance to find another partner with whom she can achieve her goals seems unfair to me.”
Walkenhorst and Ludwig first teamed up in 2013 and they won silver at the Antalya Open, their first FIVB Beach Volleyball World Tour tournament together. They went on to win the FIVB World Tour Finals twice, in 2016 and 2017, and also won two European Championships.
In 2018 neither player competed on the World Tour, Walkenhorst through injury and Ludwig because she was away having given birth to her first child.
Walkenhorst herself became a mother in 2018 when her wife Maria gave birth to triplets, and while she plans to spend plenty of time with her family, she has no intention of staying too far away from beach volleyball in the future.
Quick links - Beach volleyball:
FIVB Beach Volleyball World Tour
FIVB.com - Beach volleyball
Latest Videos
Facebook
Twitter
Instagram
“This decision was by far the hardest of my career,” she said. “I was looking forward to reuniting with Laura all year long and having to cancel shortly before the start of the Olympic Qualification is hitting me hard.
“This sport is my life and I will certainly stay with it. I’ve already begun talks with TV stations and our long-term sponsors and partners have already signalled that they would like to maintain our co-operation.
“I would also like to pass on my experience and values to other athletes. It will be an exciting time, that’s for sure.”