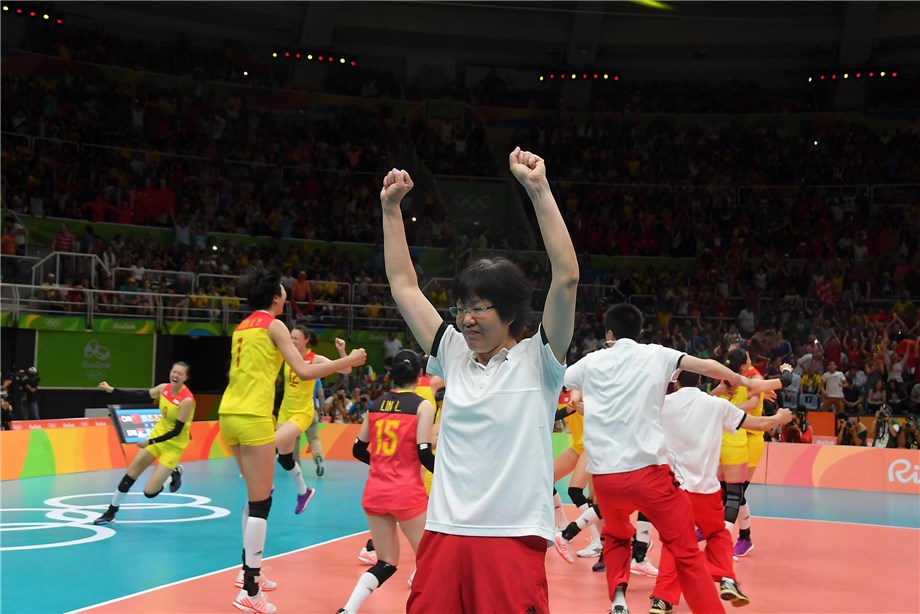 Lausanne, Switzerland, December 8, 2016 – Olympic gold medallists Karch Kiraly of USA and China’s Lang Ping along with Brazil’s Olympic medal winning coach, José Roberto ‘Ze Roberto’ Guimarães are just a few of the many high profile appointments made to the FIVB’s newly composed Technical and Coaching Commission. The appointments were confirmed at the FIVB Board of Administration meeting this week, where a new structure of Commissions was also announced.

The FIVB Technical and Coaching Commission – formerly two separate commissions – include the USA’s Karch Kiraly, the only player to have won Olympic gold medals in both volleyball and beach volleyball and China’s Lang Ping, who made history at Rio 2016 by becoming the first person to win gold as a coach and a player. Joining them will be Brazil’s Ze Roberto, who took his country’s men’s national team to Olympic gold in 1992 and the women’s team to the top spot in the 2008 and 2012 Olympics.  Italian Giovanni Guidetti, who has taken the Dutch women’s volleyball team to a silver medal in the 2015 European Championships was also appointed to the Commission.

This is the first time ever that the FIVB has opened the door to bring in the expert opinions of former and current coaches and athletes. The wealth of experience they bring to the table and the inclusion of ‘voices from the ground’ will go a long way in ensuring that choices made at the international level are relevant and make an impact on the sport.

The current make-up of the Technical and Coaching Commission is as follows:

Under the new format, FIVB Commissions will now have no more than 10 members in total – a President, Secretary and eight members – to allow for easier dialogue within the Commission and with the FIVB Secretariat. The Commissions will include experts in the field for ideas and solutions – with the possibility of additional expert appointments in the future – although only members will be allowed to vote on proposals put forward to the Executive Committee.

The Commissions will mandate Working Groups, tasked with specific goals to support the strategic decision of the Executive Committee and the Board of Administration. The issues will be discussed through teleconference meetings, with the option of a meeting in Lausanne once a year if required.

The number of Commissions has also been streamlined from 12 to eight following a merging of the Rules of the Game and Refereeing Commission, and the creation of the Communication Commission. The latter brings together the Press Commission with the TV & New Media Commission.

The composition of the remaining seven FIVB Commissions is as follows:

The FIVB Board of Administration also approved the members of the World League and World Grand Prix Councils. The FIVB World League, World Grand Prix and Beach Volleyball World Tour and World Championships Councils will now be chaired by the FIVB Volleyball and Beach Volleyball Directors for their respective disciplines. The following appointments were also approved for the Sports Events Council:

The appointed members of the FIVB Judicial Bodies are as follows: