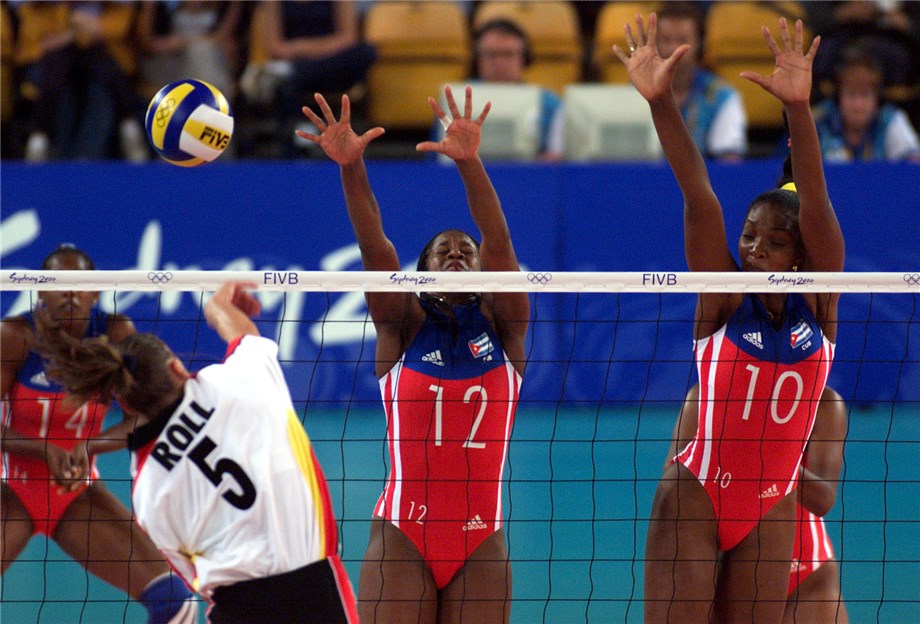 Cuba lived up to expectations, sealing a hat-trick of gold medals in Sydney

Lausanne, Switzerland, April 28, 2016 - The volleyball competitions of the 2000 Olympic Games, played according to some significant new rules, provided further heartbreak for Italy’s men but a triple crown for Cuba’s women.

The libero was introduced for the first time in Sydney, while scoring was also changed: with only the fifth set played to 15 points and the first four sets played to 25 instead, points could now be scored throughout the match regardless of who was serving.

The spotlight at these Games was always going to be on the Cuban women, the reigning world champions regarded as one of the most successful sporting teams in the world. Would they be capable of winning a third successive Olympic gold medal?

They reached the final, but despite their impressive credentials it was not all smooth spiking. They were defeated by Russia in the preliminary round in an enthralling five-set match, and in the semifinal they only narrowly defeated Brazil in another marathon match.

The final pitted them against the Russians once more, and things looked bleak for Cuba when they lost the first two sets. But they then showed why they had won almost every tournament since 1992, taking the last three sets to win an historic third consecutive Olympic title. Four players – Regla Bell, Marlenis Costa, Mireya Luis, and Regla Torres – played in all three of those Olympics.

Italy’s men had won the last three World Championships as well as the European title in 1995 and 1999, but they had yet to win Olympic gold. They swept through their pool undefeated and beat hosts Australia in the quarterfinals. But in the semis Yugoslavia, silver at the 1998 Worlds and bronze at the 1999 Europeans, triumphed in straight sets, condemning Italy to a consolation bronze medal.

Yugoslavia had struggled in the pools, finishing third behind Italy and Russia, but they defeated Russia in straight sets in the final 3-0 (25-22, 25-22, 25-20). In the last set, Yugoslavia's Vladimir Grbic produced match point with a spike and team-mate Ivan Miljkovic's 19th point was the winning kill.

Nikola Grbic, the Yugoslavian captain, said: “The importance of what we achieved today will probably hit us only in a couple of days. We've been close to a result like this quite a few times before, but we always let go before we achieved it. I think I will be the happiest man in the world when I return to my country.”

This article is one of a series in the run-up to the Rio 2016 Olympic Games as the FIVB looks back at previous Olympic volleyball  and beach volleyball tournaments.