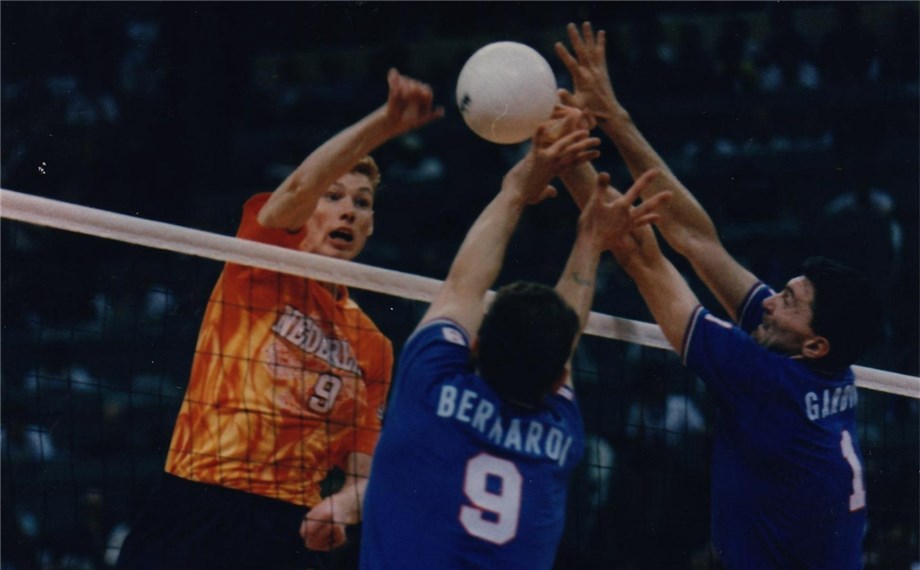 Lausanne, Switzerland, March 31, 2016 - In 1999 Dutch television viewers were asked to vote for their sporting moment of the century. You would be forgiven for assuming that fans from the country that gave the world “total football” would choose something with a footballing theme. But it was not the case. Instead, they chose the 1996 men’s Olympic volleyball final.

However the Netherlands had upset Italy in the quarterfinals at the 1992 Olympics, and only a few weeks before the 1996 Olympics defeated them in five sets in the final of the World League in Rotterdam. The two teams were drawn together in Group B in Atlanta and Italy won their match easily in three sets. But as expected they both made it through to the final, which went to five sets.

In the decider, Italy’s star man Andrea Giani spiked the ball off the arm of his Dutch counterpart, Bas van de Goor, to give Italy match point. But Van de Goor, a 2.10m middle blocker, responded with a spike down the middle to tie the scores at 15-15. The Dutch then went on to score three straight points to seal the gold medal (15-12, 9-15, 16-14, 9-15, 17-15), while Serbia and Montenegro defeated Russia in five sets to win the bronze.

For the first time, the women's Olympic tournament comprised 12 teams, separated into two pools of six. Cuba were hot favourites, having won the 1992 Olympic gold medal, the 1994 World Championship and every other tournament in between.

Despite finishing only third in Group B, losing two matches along the way, they duly reached the final where they met a resurgent and unbeaten China, now coached by Lang Ping, captain and star of their 1984 Olympic gold medal-winning team.

China won the first set of the final, but Cuba continued their forward momentum through the tournament, winning the next three sets and the gold medal 3-1 (14-16, 15-12, 17-16, 15-6). Russia’s women, meanwhile, suffered the same fate as their men, finishing fourth, in their case behind Brazil.