Lausanne, Switzerland, September 13, 2016 - Title-holders Serbia will take on USA, Canada and Belgium in 2017 FIVB Volleyball World League Pool B1 from June 2-4 and meet Brazil in Pool G1 from June 16 to 18 in a replay of the 2016 final after a draw was conducted at the FIVB headquarters on Tuesday.

Lausanne, Switzerland, September 13, 2016 – Olympic champions Brazil will take on Italy on the opening weekend of the FIVB Volleyball World League 2017 from June 2-4 in a repeat of the men’s Olympic final, following the completion of the draw for the 2017 World League during the FIVB World League Council meeting at the FIVB headquarters on Tuesday.

The Olympic final in Maracanazinho, which Brazil won 3-0 (25-22, 25-22, 25-20) 23 days ago, was an epic affair with an electric atmosphere and all of the world’s volleyball fans will now have their eyes on their opening World League encounter next year. 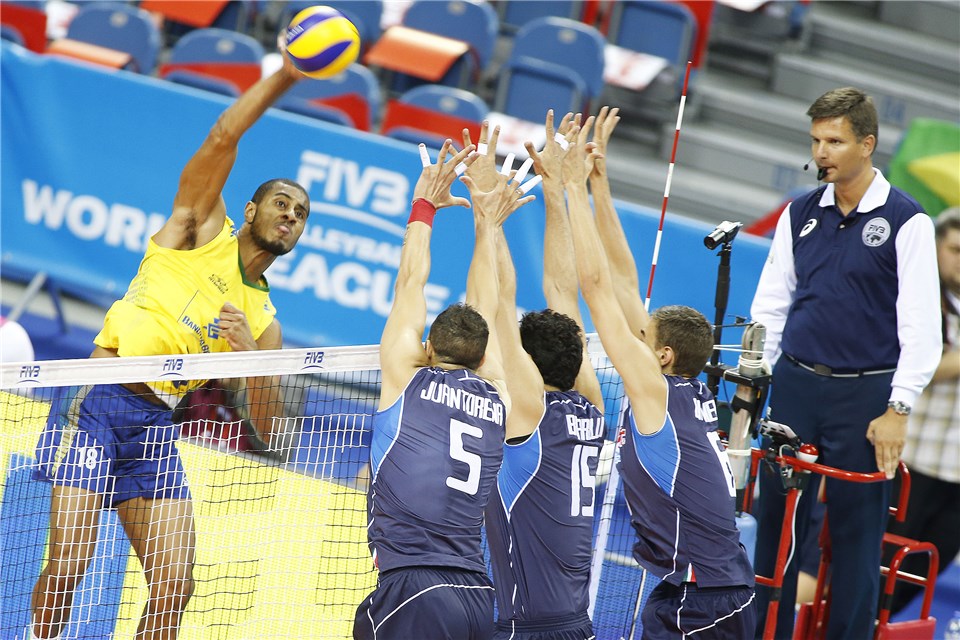 The Brazil v Italy matchup is one of the most popular encounters in international volleyball with both countries steeped in volleyball tradition and passion. It also features the two most successful sides in the World League with Brazil - last year’s runners-up – boasting nine titles and Italy eight. They have played each other 34 times in the World League with Brazil leading the head to head 18:16.

The draw, which was overseen by FIVB President Dr. Ary S. Graça F° and conducted by World League Council President Renato Arena, sees Italy host Brazil, Poland and Iran on the opening weekend of matches, while title-holders Serbia will welcome USA, Canada and Belgium in Pool B1 and last year’s bronze medalists France, Bulgaria and Argentina will travel to Russia.

Meanwhile, a repeat of this year’s FIVB Volleyball World League final between title holders Serbia and Brazil will take place in Week 3 on the weekend of June 16-18 in Argentina.

The following pools were drawn. 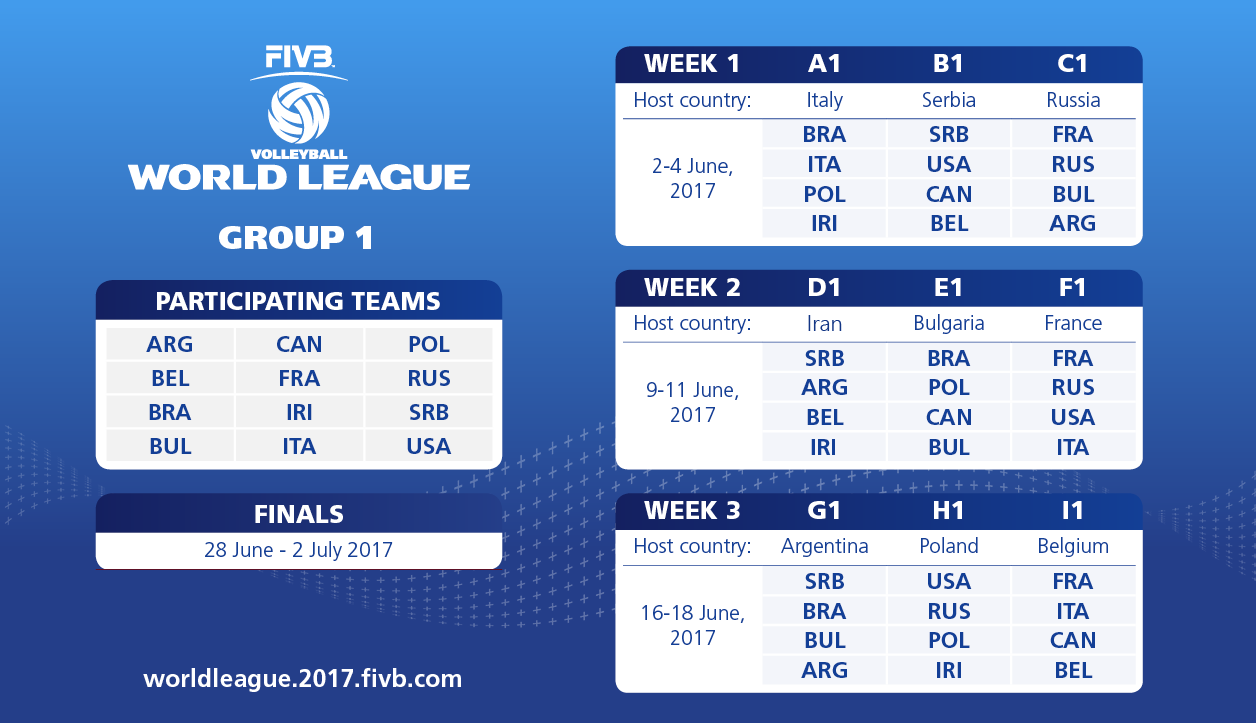 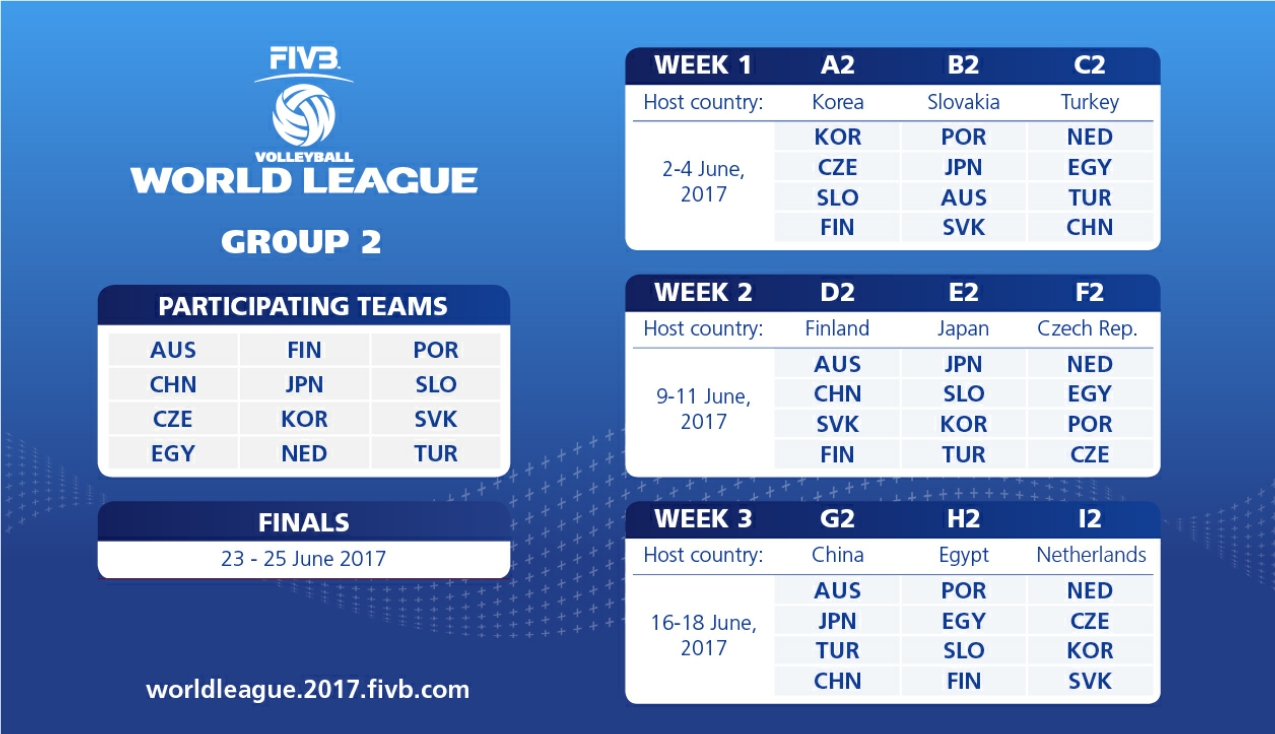 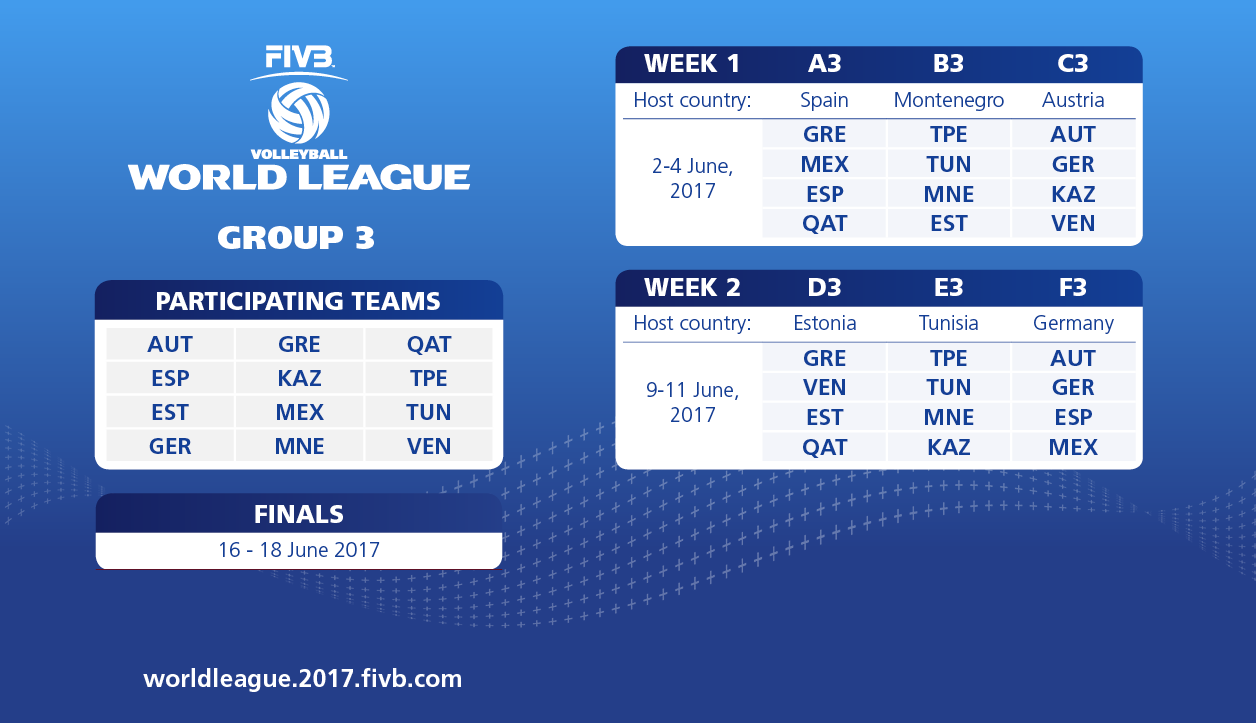 The venues in each country will be confirmed at a later date while an official bidding process for the Finals of each Group will be launched later this week with Brazil (Group 1), Australia (Group 2) and Mexico and Austria/Germany (Group 3) already having expressed interest.

The World League Council confirmed that next year’s World League will adopt the same format as 2016, when a record 36 teams participated in the competition. The 36 teams have been split into three groups of 12 teams and will play the Preliminary Round in a pool format over three weeks, before the best teams gather for the Finals in each Group. 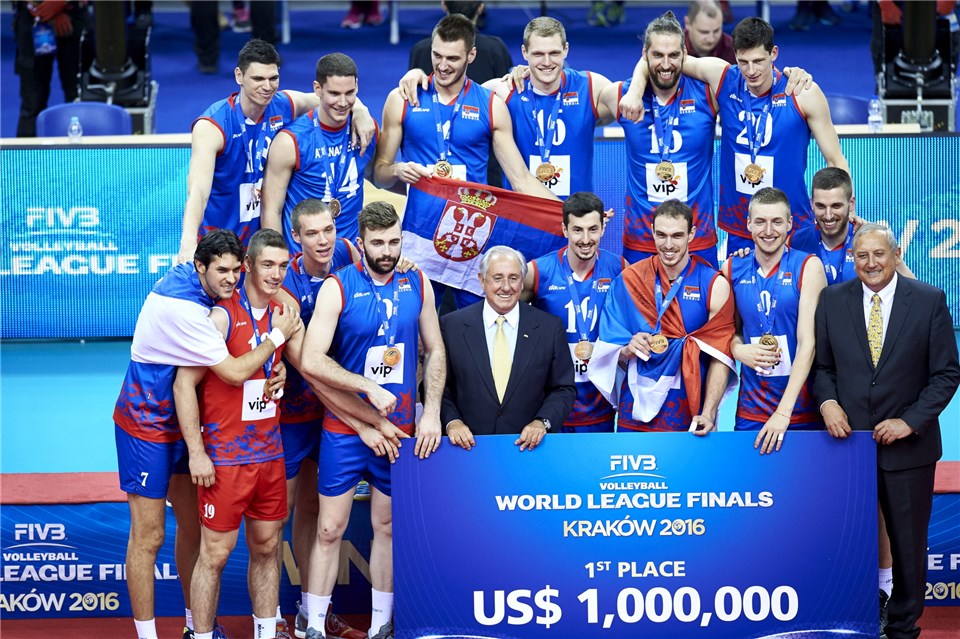 The top teams in each Group in 2016 are promoted for next year's competition, while the bottom teams are relegated. Australia move down to Group 2 in 2017 while Canada will play in Group 1. Due to Cuba's withdraw, Portugal remain in Group 2, while Slovenia move up from Group 3 to Group 2. Puerto Rico was a late withdrawal and was replaced by European League bronze medallists Austria in Group 3.