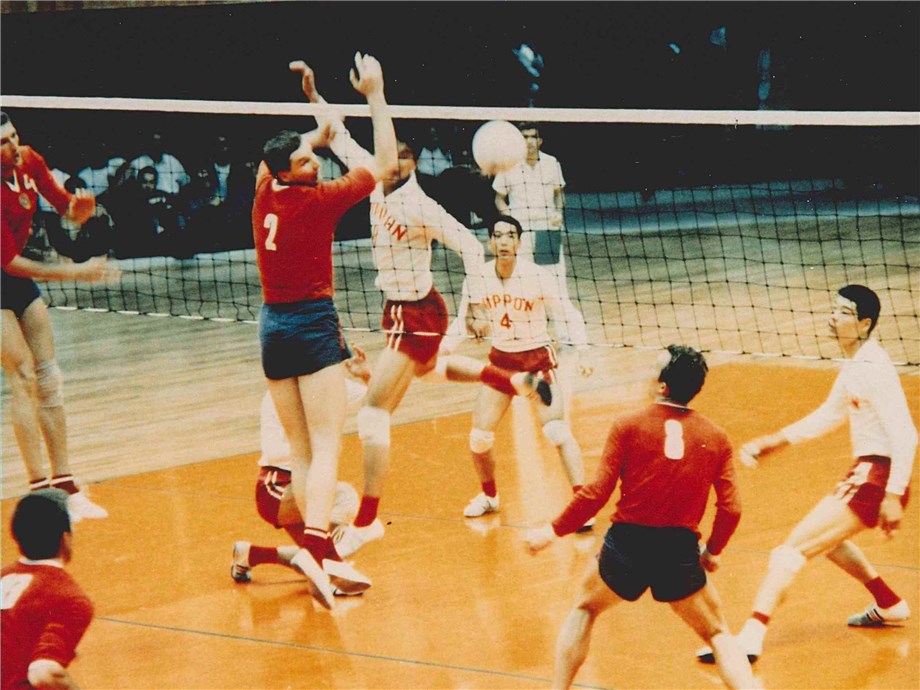 Japan's quick play helped them seal silver at the 1968 Olympic Games, despite a loss to reigning world champions Czechoslovakia

Lausanne, Switzerland, December 3, 2015 - For the second edition of Olympic volleyball  - following its introduction four years earlier in Tokyo - the USSR emerged with a double triumph in Mexico. They successfully defended the men’s title they had won in Japan, and added the women’s gold medal this time too.

In both the men’s and women’s competitions each team played every other in a single-pool round robin. The stands and temporary seats of the Revolución Ice Rink and the Olympic Gymnasium in Mexico City were usually well filled for every match.

Ten nations competed in the men's tournament. With a revamped lineup – eight out of their 12 players were newcomers to the team which won in Tokyo – USSR’s men actually began badly with a surprise 3-2 defeat at the hands of USA. But suitably shaken out of any complacency, the Soviets proceeded to win all of their remaining matches, despite a five-set scare against East Germany. They beat Japan 3-1 (4-15, 15-13, 15-9, 15-13) in the decisive match. The Official Olympic Report from 1968, meanwhile, focused on another match involving Japan:

“Perhaps the most interesting match pitted Czechoslovakia against the lightning-fast Japanese. The Czech coach’s strategy was to let his players conserve their energy while their opponents wore themselves out. His men therefore relaxed and lost the first set 15-2. They hardly increased their efforts in the second set, and lost 15-3. Then halfway through the third set they suddenly sprang into action, came from behind, and won – and kept on chalking up points to win two more sets and the match. However the Czechs lost two other matches while the USSR lost only one, to take the championship.”

The poor Czechs, reigning world champions, even lost the silver medal to Japan on points difference. Romania, silver medallists at the 1966 World Championships, withdrew at the last minute and were replaced by Belgium; nevertheless, eastern European teams dominated the men’s event with five teams in the top six.

The number of women’s teams had increased from six in 1964 to eight this time and the outcome of the competition was a reversal of Tokyo fortunes for USSR and Japan. The undefeated Soviet women were applauded not only for their physical prowess and power, but also for an unexpected injection of inventiveness. Reigning Olympic champions Japan lacked a little in playmaking and lost the title after a 3-1 defeat by the Soviets in the final match.

For the piece on the Tokyo 1964 Olympic Games click here.