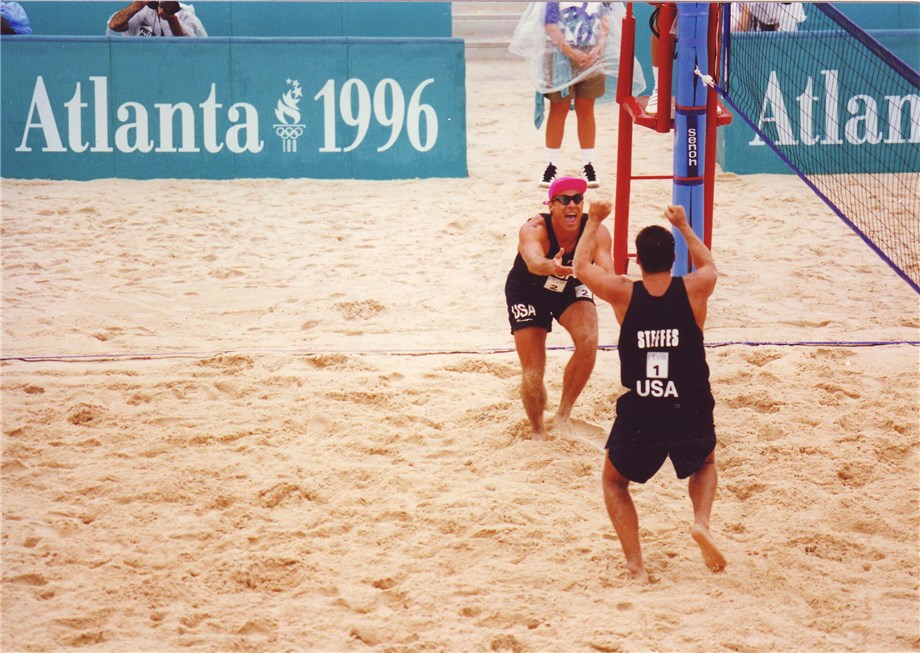 Lausanne, Switzerland, March 17, 2016 - The sands of Atlanta Beach, around 40 minutes drive from downtown Atlanta, staged the inaugural Olympic beach volleyball competition in 1996 in front of capacity crowds every day. American men and Brazilian women were the dominant forces, while Indonesia's Engel Berta Kaize had the honour of serving the first ball – an ace.

In an all-American fourth-round encounter in the men’s tournament Kent Steffes and Karch Kiraly, already a double Olympic volleyball gold medallist, met Carl Henkel and 39-year-old beach legend Sinjin Smith, who had partnered Kiraly to great success the previous decade. The match turned out to be an epic, with Kiraly and Steffes saving four match points before finally sealing victory with the fifth match point of their own.

The final was another US showdown with Michael Dodd and Michael Whitmarsh this time the opposition for Kiraly and Steffes, who prevailed rather more easily than they had against their other fellow Americans, sweeping to the gold medal with a 2-0 (12-5, 12-8) victory. John Child and Mark Heese of Canada took the bronze medal.

The 34-year-old Jacqueline Silva, who had represented her country in volleyball at both the 1980 and 1984 Olympics, and Sandra Tavares Pires defeated compatriots Adriana Samuel and Monica Rodrigues 2-0 (12-11, 12-6) in the women’s final but all four players became simultaneously the first Brazilian women ever to win an Olympic medal. Australia's Kerri Ann Pottharst and Natalie Cook took the bronze.

This article is one of a series in the run-up to the Rio 2016 Olympic Games as the FIVB looks back at previous Olympic volleyball and beach volleyball tournaments.