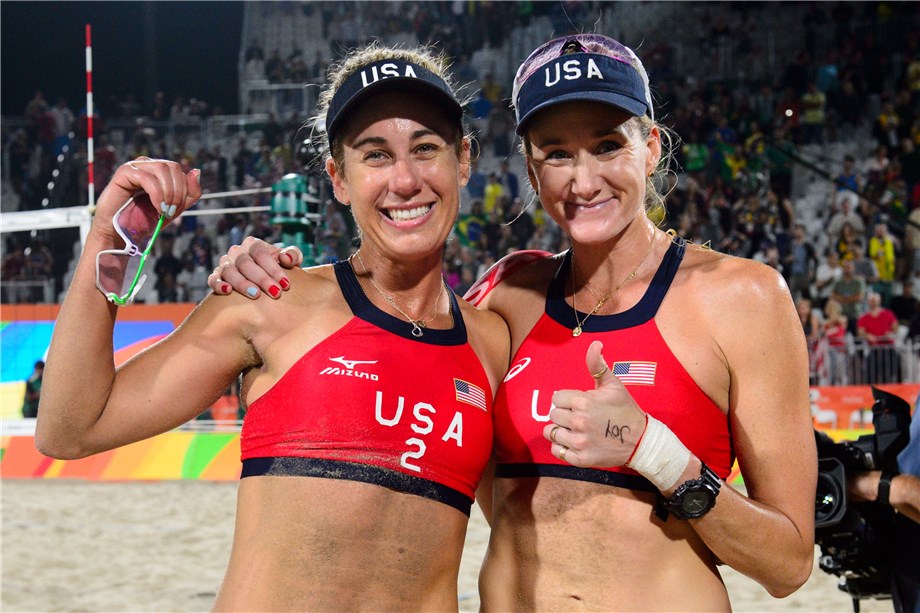 On her 38th birthday, Kerri Walsh Jennings (right) and April Ross celebrated an Americans' quarter-final win with over Australia at the Rio 2016 Olympic Games.

Rio de Janeiro, Brazil, August 14, 2016 - The first ones to sing American Kerri Walsh Jennings happy birthday on her 38th birthday here early Monday morning was the crowd of more than 8,500 at the “Coliseu on Copacabana” as the three-time “Summer” Games gold medal winner and April Ross scored a two-set win over Louise Bawden and Taliqua Clancy of Australia to advance to the women’s Beach Volleyball semifinals at the Rio 2016 Olympic Games.
In defeating the Aussies for the fifth-straight time internationally, Walsh Jennings and Ross posted a 2-0 (21-14, 21-16) win in 40 minutes to eliminate Bawden and Clancy.  With members of the USA men's basketball team in attendance, both teams entered the contest with 4-0 Rio records after winning their pools before posting an opening elimination victories.
Both sets were close early with Walsh Jennings and Russ using scoring runs of 8-2 and 7-2 in each set to secure the victory.  The first set was tied at 9s when the 8-2 spurt occurred for the Americans.  In the second set, Walsh Jennings and Ross led 10-10 before a 7-2 run help cement the win.
With the quarter-final victory being the Americans; fourth Rio win at mid-night in the competition, Walsh Jennings and Ross will be meet 2015 FIVB world champions Agatha Bednarczuk and Barbara Seixas of Brazil in the semi-finals Tuesday.  Agatha and Barbara posted a quarter-final win late Sunday evening over Ekaterina Birlova and Evgeniya Ukolova of Russia 2-0 (23-21, 21-16) in 46 minutes.
The American have won three of the four previous international meetings with Agatha and Barbara, including 2-0 (21-17, 23-21) July 2015 win in Switzerland when Walsh Jennings played most of the second set with a dislocated right shoulder.  In 2014, the two teams played for a gold medal in the United States at the Long Beach Grand Slam with Ross and Walsh Jennings prevailing 2-0 (21-17, 21-17).
The other women’s semi-final will pit top-seeded and heavy gold medal favorites Talita Antunes and Larissa Franca of Brazil against Laura Ludwig and Kira Walkenhorst.  Talita and Larissa also survived an upset bid by Joana Heidrich and Nadine Zumkehr of Switzerland with a 2-1 (21-23, 27-25, 15-13) win in 68 minutes.  Ludwig and Walkenhorst advanced to the semi-finals by defeating Heather Bansley and Sarah Pavan of Canada 2-0 (21-14, 21-14) in 35 minutes. 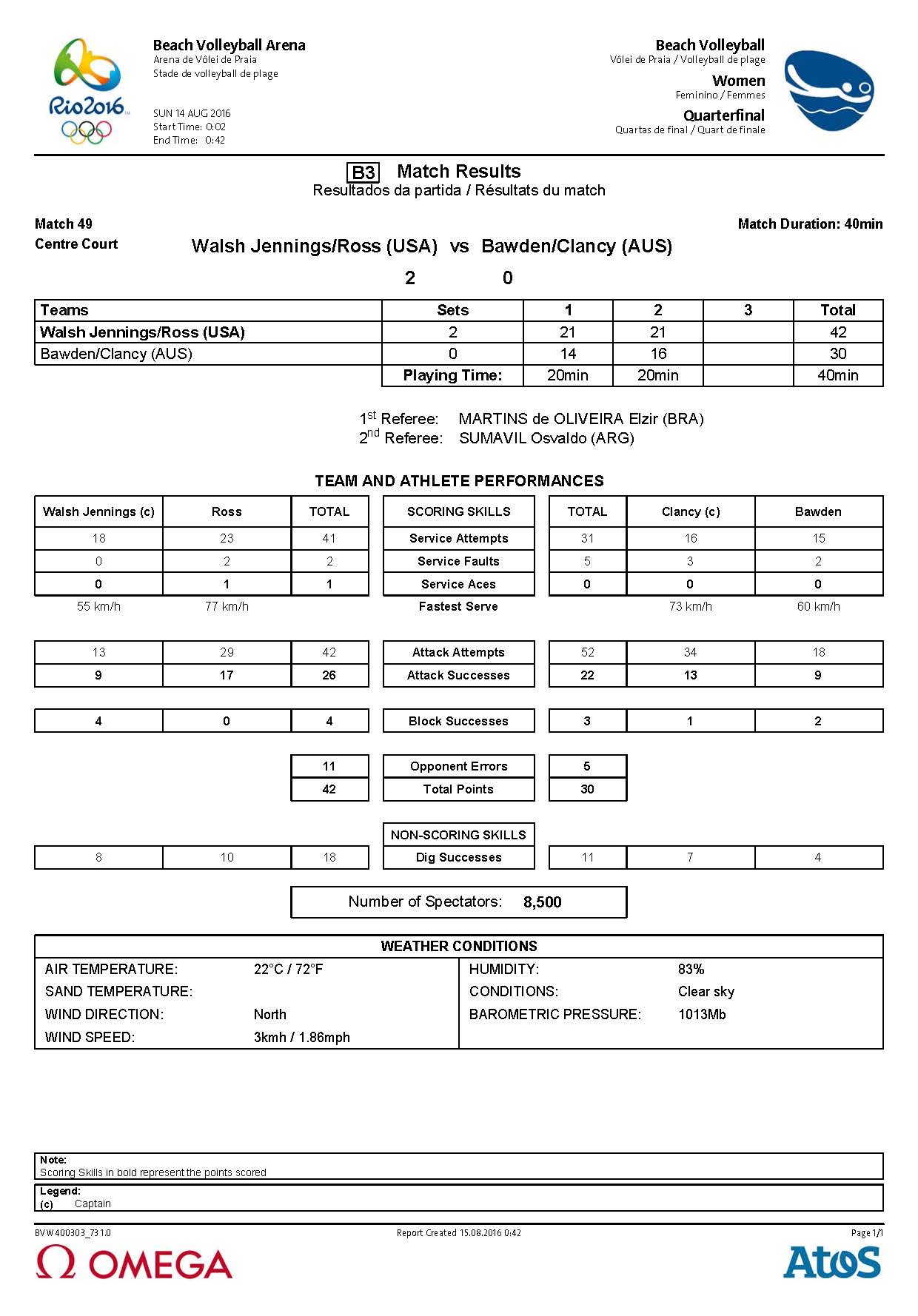