Lausanne, Switzerland, December 9, 2016 – Olympic fever will continue well into 2017, as the volleyball stars of Rio will contest the seventh edition of the FIVB Volleyball World Grand Champions Cup in Japan next year.

Lausanne, Switzerland, December 9, 2016 – Olympic fever will continue well into 2017, as the volleyball stars of Rio will contest the seventh edition of the FIVB Volleyball World Grand Champions Cup in Japan next year.

The FIVB Board of Administration confirmed on Wednesday that the 2017 edition of the FIVB World Grand Champions Cup – which is played in the year following the Olympics – will feature the four highest ranked continents from the 2016 Olympic Games, with countries selected as per their continental ranking. Hosts Japan and a wild card entry complete the six-team lineup for the competition.

Next year’s women’s tournament will see hosts Japan (WR 6) take on Lang Ping’s China, who rose to the number one spot in the world ranking following their win in Rio. And there is no doubt that defending champions, Brazil will go into the Grand Champions Cup determined to make up for their quarterfinal loss in Rio against the Olympic champions. Olympic bronze medalists and world no. 2, USA will also be vying for a place on the podium, alongside world no. 5, Russia and wild card entry, Korea (WR 10). 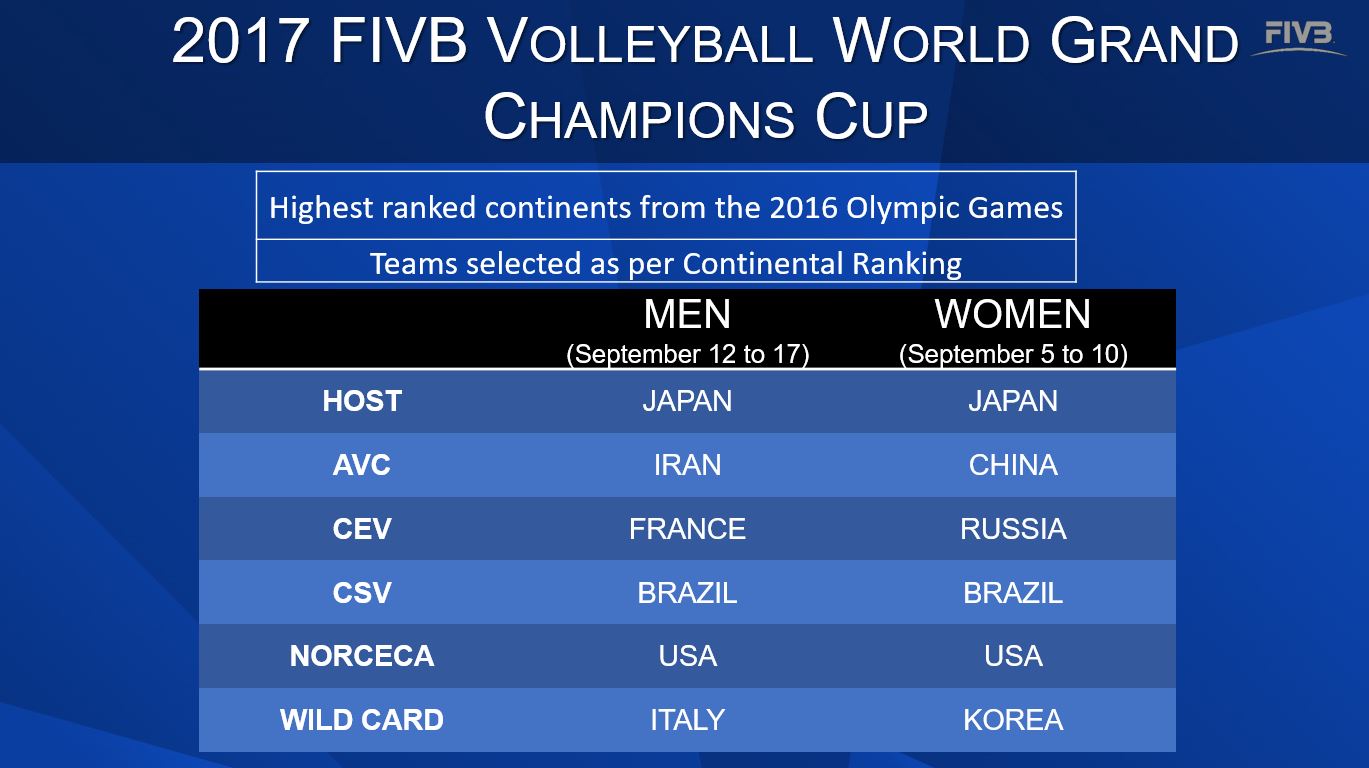 The men’s competition features an equally impressive lineup. Current Olympic gold medalists and world no. 1, Brazil, will be looking to claim their fourth consecutive title. France, who currently sits in ninth place in the world rankings, will make their debut in the competition against hosts Japan (WR 14), Iran (WR 7), Olympic bronze medalists USA (WR 2) and wild card entry, Italy (WR 4).